If you’ve never tried one of Levain Bakery’s famous cookies, the first thing you need to know about them is that they’re a massive six ounces each (think: bigger than a McDonald’s Quarter Pounder).

The second thing you need to know is that you’ll be totally uninterested in splitting one.

The behemoths are made by hand and baked fresh daily (leftovers are donated), and theirlittle-bit-crunchy-on-the-outside, gooey-on-the-inside texture, along with their size, makes them feel like the ultimate splurge.

That’s why the iconic cookie’s origin story is more than a little surprising.

Weekes and her co-founder, Connie McDonald, met in the late ’80s in a swimming pool on Manhattan’s Upper East Side. 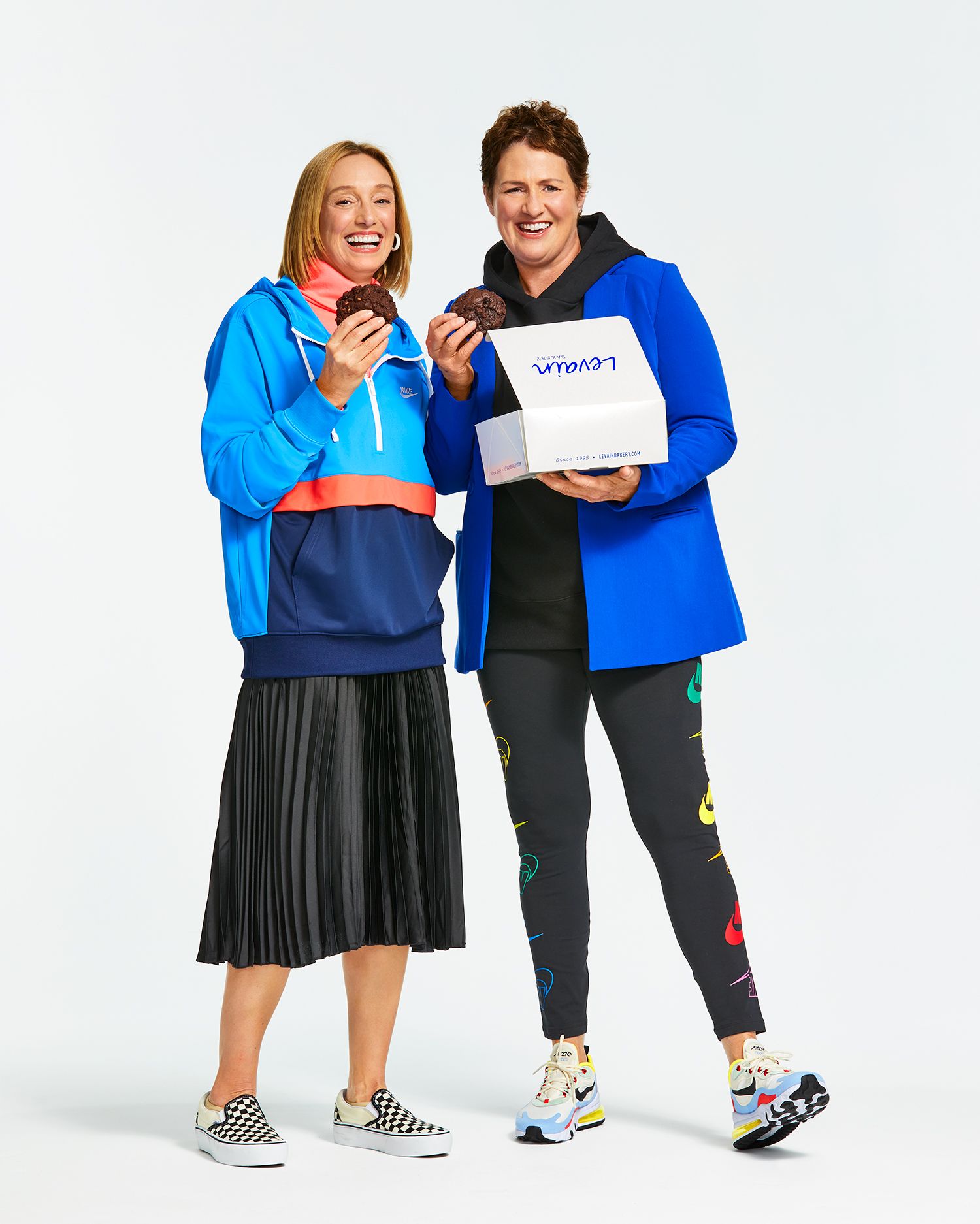 “There were only four women and, I don’t know, 10 or 15 men,” says Weekes. “And all of the men were doing these triathlons, which were kind of a new thing back then, and they were really encouraging us to go ahead and do one.”

The pair decided to go for it, training together for a Connecticut sprint triathlon (a half-mile of swimming; 12.4 miles of biking; and 3.1 miles of running). They loved it.

A few years of triathlons later, they upgraded to the Ironman—2.4 miles of swimming and 112 miles of biking, followed by a full marathon (26.2 miles)—a massive undertaking for which people spend double-digit hours training every week. It was during their long Saturday bike rides that they discussed the idea of teaming up to scratch their entrepreneurial itches, too.

“We’d spend the time talking a lot about what we wanted to do with our lives,” says Weekes, “and we discovered that we both wanted to ultimately have our own businesses.” 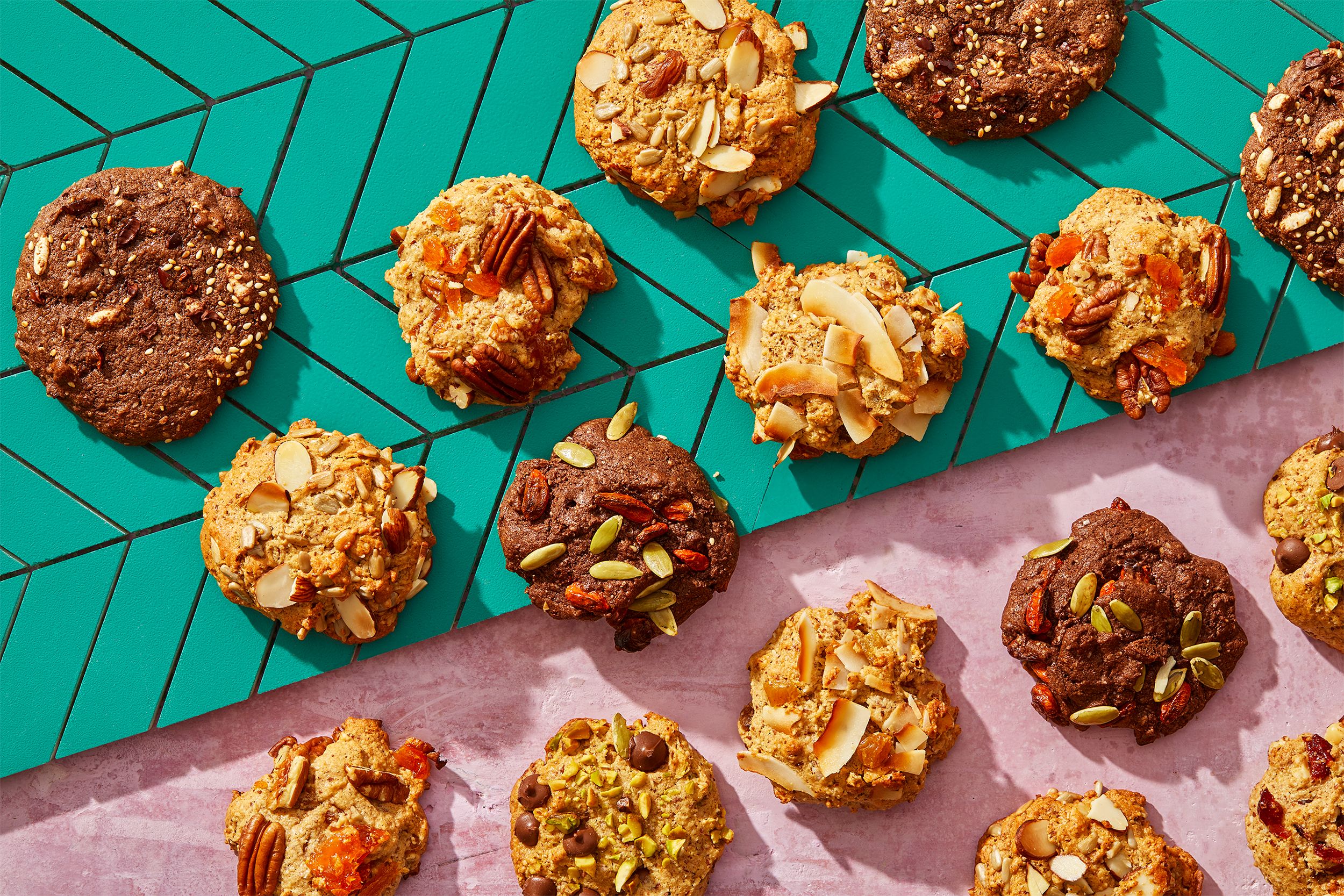 As they biked 100-plus miles, Weekes, who worked in fashion at the time, and McDonald, who had left her banking job to go to culinary school and was working in the restaurant industry, tossed around different ideas for a company they could build—maybe one for bike tours or a women’s athletic clothing line.

They also ate baked goods. Specifically, they created a recipe together for a chocolate chip walnut cookie, which they chowed down on during calorie-scorching sessions that left them feeling ravenous.

“The energy bar market was not nearly what it is now,” says McDonald. “So we made the cookies. They’re really substantial, so you could just stick one right into the back of your bike shirt and just go off on a ride, and it’s not going to break apart. It was so much better than anything else that was out there, or that’s still out there.”

Being athletes and competing made a huge difference in our mental outlook—and gave us really great endurance.

The two friends spent years fueling their training sessions with cookies and enjoying them after races. (During races, they’d usually opt for energy chews instead, because it’s “too hard to eat ‘real’ food when you are racing,” Weekes explains.)

The two friends eventually narrowed in on a business concept: wholesale bread baking. Weekes insists that the cookies didn’t factor into this decision. “It was completely coincidental,” she says. “Clearly, we both like to bake, cook, and, of course, eat!”

After a strong first six months or so, they decided to expand, opening a retail bakery on the Upper West Side in December 1995.

Gaining notoriety in New York City’s food scene is a challenge, but McDonald and Weekes dove in head-on, applying that same drive and perseverance that they had been implementing in their races. They say that success was the goal, and giving up wasn’t an option.

“You’re [working] 14 hours a day, 15 hours a day, and I’d say, ‘Just put your head down and keep going,’” says McDonald. “And I can’t tell you how many times I said that to myself in races, too. I think that being athletes and competing made a huge difference in our mental outlook—and gave us really great endurance.”

In 1997, The New York Times wrote that the women “produce what may possibly be the largest, most divine chocolate chip cookies in Manhattan.” But McDonald says it wasn’t until they appeared on “Throwdown with Bobby Flay” more than a decade later, in 2008, and beat the celebrity chef in a chocolate chip cookie contest that they felt like their cookies had really taken off.

“I think that’s when we started realizing that people are recognizing the cookies and thinking of them as maybe the standard by which other cookies are being compared,” McDonald says.

The business grew. And grew. And grew. In addition to an online cookie order option, the co-owners now have four shops in New York City and one in the Hamptons. A sixth store is in the works for downtown Manhattan, and a seventh in Williamsburg, Brooklyn will come next. The pair is planning to open their first shop outside of New York, in Washington, DC, late next year.

We are both really driven. And I don’t think that either one of us would settle for anything less than succeeding.

Despite the chaos that comes with building a new business, exercising is still a huge part of their lives. “We’ve gotten up at five o’clock almost every day for the last 25 years, and if we’re not going to the bakery, we’re usually going to the pool or gym,” says Weekes. While neither woman is currently competing athletically, they both continue to swim and strength train. Weekes is big on yoga, and McDonald does indoor cycling.

For the two of them, an active, healthy lifestyle means working out and eating good food, and that includes baked goods. “Connie and I are big believers in wholesome, real food,” says Weekes, adding that their cookies clock in with fewer than 10 ingredients. “Obviously a cookie is a treat, so it’s something you want to eat in moderation, but there’s nothing unhealthy about it.”

In case you were wondering, yes, they do still fuel their workouts with the cookies. Weekes says she eats “at least three to four, minimum” of the cookies each week. “I try not to let myself eat more than half a [cookie a] day, because I do think that they’re a treat,” she says. McDonald, on the other hand, says “I’ll have one every once in a while.”

Weekes says the two learned a lot about each other while they were training together, and that ensured that they entered their business partnership knowing how they would operate when things got tough. “I think that Connie and I are both very competitive,” says Weekes. “And I think that we are both really driven. And I don’t think that either one of us would settle for anything less than succeeding.”

“Giving up was never an option,” adds McDonald. “I don’t think either one of us has ever dropped out of a race.”