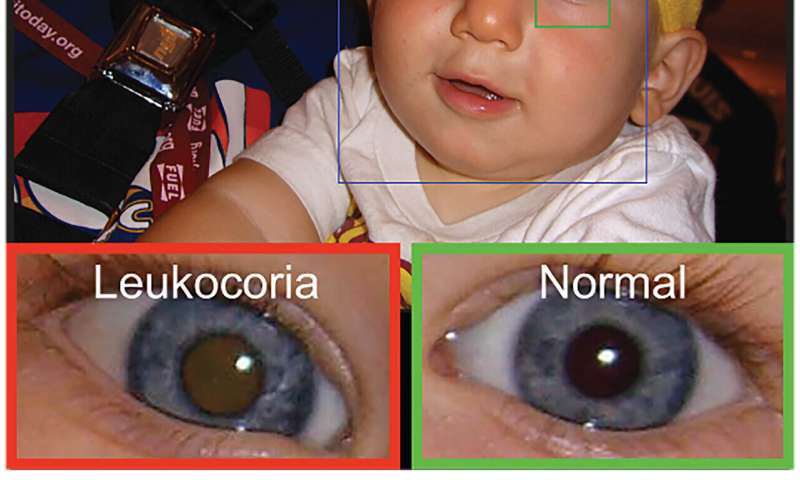 A team of researchers from Baylor University, with assistance from staff at the Massachusetts Eye and Ear Infirmary, Harvard Medical School and the Dana-Farber Cancer Institute has developed and tested a smartphone app that is able to detect “white eye” in children by analyzing stored photographs. In their paper published in the journal Science Advances, the group describes how the app was developed and tested, and how well it works.

Most everyone has seen pictures of people seemingly possessed by the devil because their pupils glow red—this is caused by light bouncing off their retinas. However, such pictures sometimes produce white instead of red retinas. Sometimes it can happen due to ambient lighting conditions, but other times, it can indicate an eye ailment. Such problems can include retinoblastoma, a type of eye cancer, retinopathy, or even cataracts.

The idea for an app that could detect white eye came from the experience of one of the researchers, Brian Shaw, and his son, who developed retinoblastoma and subsequently lost an eye. The team developed the app and made it available to the public back in 2014, but it was not until more recently that the team decided to test the app to see how well it works.

The researchers started by looking at thousands of photographs of Shaw’s son from birth until diagnosis. They found the app was able to spot white eye in the child when he was just 12 days old—early enough that the eye might have been saved had it been diagnosed. The team then tested the app on 53,000 images of 40 children stored on volunteer’s smartphones. Half of those in the test group had children with already diagnosed eye ailments. The researchers report that the app found 16 of the 20 children with an eye disease. Perhaps even more importantly, it detected problems in the eyes of the children when they were younger—more than a year before diagnosis. They note also that the app (called White Eye Detector) is free, allowing parents to download and use it whenever they wish. 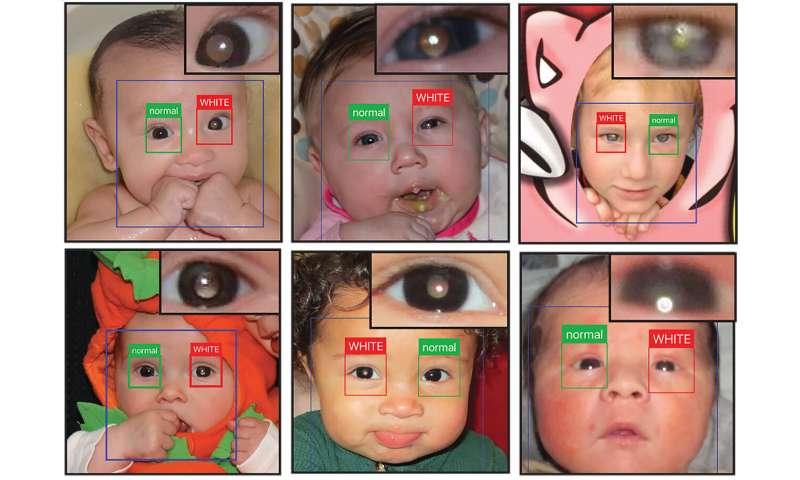