Julia Child was much more than a chef and cookbook author. The classically trained chef who brought French cuisine to an American audience via her TV series The French Chef and her award-winning cookbook Mastering the Art of French Cooking was — and still is — a cultural icon with a surprising past.

Sure, you may know Child was one of the first women to host her own cooking show on television. And yes, many watched (and rewatched) the film Julie & Julia, which recounted Child’s culinary journey and how she not only became the first woman to attend Le Cordon Bleu in France in 1949 but also would go on to team up with two other women, Simone Beck and Louisette Bertholle, to publish the seminal aforementioned cookbook, which has since sold more than 2.5 million copies to date. But did you know Child had hopes of becoming a spy during World War II? Or that she survived breast cancer? We didn’t, either; and thanks to a recently released documentary about the female icon who found fame in her 50s, we have the opportunity to learn so much more about the legendary TV chef and cookbook author.

The best part? The documentary was created by Betsy West and Julie Cohen, who directed the 2018 Ruth Bader Ginsberg documentary, RBG, which scored two Oscar nominations.

Ahead, we’ve gathered just a few facts you may not know about Child, but we highly encourage you also check out the documentary to fully immerse yourself in the life of the influential culinary and cultural icon.

She wanted to be a spy in World War II 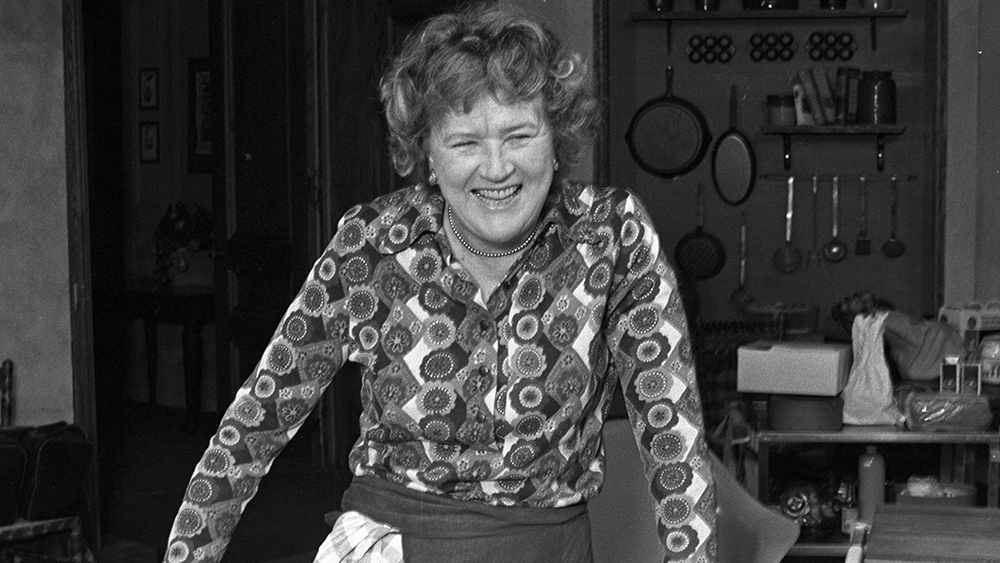 That’s right, Child had dreams of becoming a spy.

After moving to Washington, D.C. in 1942, Child took on the position of junior research assistant with the Secret Intelligence Branch of the Office of Strategic Services (OSS), a forerunner to the CIA that was created to analyze and collect intelligence during World War II — and moved up from there.

“Everybody that I knew was in the Army or the Navy or down in Washington, so that’s where I went,” Child said an interview with KTEH Public Broadcasting station in 1995.

She helped develop shark repellent for the Navy

Speaking of her time in the OSS, Child also helped develop shark repellent during WWII. After getting promoted to executive assistant to Harold Jefferson Coolidge Jr., a zoologist and a descendant of Thomas Jefferson, the National WWII Museum reports.

“She found herself assigned to an experimental research project called the Emergency Sea Rescue Equipment Section,” says Jennet Conant, author of A Covert Affair: Julia Child and Paul Child in the OSS. “She was developing a shark repellent that could be rubbed on pilots who had been down at sea.”

In the mid-’60s, Child had a cancerous breast removed.

“In those days, there was no choice,” she told The Los Angeles Times in 1987. “They just lopped it off. When I woke up, there I was, single-breasted.”

She has a rose named after her 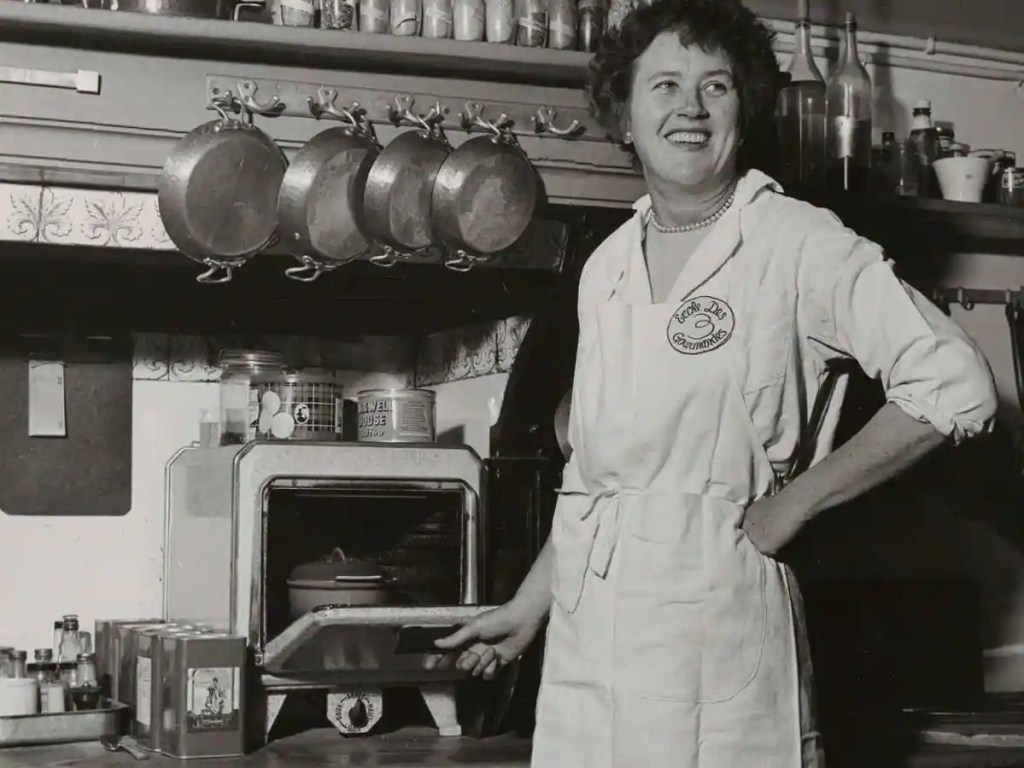 According to PBS, 753 pounds of butter were used on the set of Child’s show, Baking with Julia.

She was 6’2″ and a basketball star

Child was tall — very tall. So, it comes as no surprise she was a basketball star. Not only was she the captain of Northern California preparatory school Katharine Branson School for Girls’ basketball team, but she was also a member of the tennis team, swimming team and president of the school’s hiking club, the Vagabonds.

In 1993, Child received quite the honor: She was inducted into the Culinary Institute of America’s Hall of Fame — and became the first woman to do so.

“In practically every successful restaurant or hotel in this country I’ve been in, more often than not I’ve encountered a Culinary Institute of America graduate in a leadership position,” Child has said of CIA.

Before you go, check out these chic cookware brands that give Le Creuset a run for its money: