Skip to content
HomeDiet & FoodAccording to TikTok, It’s ‘Baked Salad Season’ — & No, We're Not Talking About a Roasted Vegetable Bowl

Salad season is pretty much an all-year-round affair — eating your leafy greens is key to staying well throughout summer and winter. But according to TikTok-er Justine Doiron (@Justine_Snacks), when the cooler months hit, it’s time to start baking your salads rather than eating them raw. And yeah, it sounds a bit weird, but once you see one of her baked salad recipes, your mouth will begin watering immediately.

“It’s that time of year where I remind you once again … it’s baked salad season,” Doiron said in an October TikTok video. “Now what is a baked salad? It is a salad where everything is baked. There’s a reason why I do this and a reason that it’s not just a roasted vegetable bowl. The main reason is that I feel like fall and winter greens are just dying to be served warm.”

Doiron, who also uploaded her TikTok video to Instagram, says her favorite baked salad starts with a base of roasted kale and cabbage, both cooked in a 450-degree oven until crispy. The cabbage will take a lot longer to roast than the kale, so make sure you check out Doiron’s recipe first before diving in and potentially burning your kale.

For the dressing, Doiron made an agrodolce sauce, which is basically a mixture of honey, water, oil, sage, and rosemary warmed in a pan. You then add a little salt and vinegar before taking it off the heat and pouring it over chopped red onion. This basically gives the red onion a pickled flavor without you having to actually pickle anything.

Even though everything in this salad is baked, it’s still crispy, crunchy, and super good for you. You didn’t know you needed baked salad season, but it’s definitely here to stay. 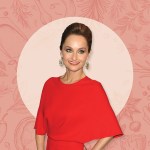 Before you go, check out Ina Garten’s easy weeknight dinner recipes below: