The royal family are known for their fine dining. King Charles even has his own team of personal chefs on hand to cater for lavish occasions like state banquets hosted at Buckingham Palace. But there surely must be times His Majesty and other royals fancy a takeout like the rest of us – they are only human, after all!

Prince William once revealed his favourite takeaway is curry, which was likely influenced by his wife Princess Kate‘s love of spicy food. We did some digging and found that several other members of the royal family occasionally enjoy fast food too – from traditional fish and chips to Nando’s. Read on to discover who likes what…

Prince and Princess of Wales

Back in 2017, the Princess revealed her number one takeaway while speaking to BBC Radio 1 with Prince William. Kate said: “Curry, definitely,” before clarifying that William wouldn’t eat it with her as he is not a fan of spicy food.

The couple added: “It doesn’t usually get ordered to the palace, we tend to go and pick it up,” before jokingly adding “not ourselves!” But that all appears to have changed in the past few years…

SEE: How Kate Middleton broke the Queen’s golden rule – and it’s not what you’d expect 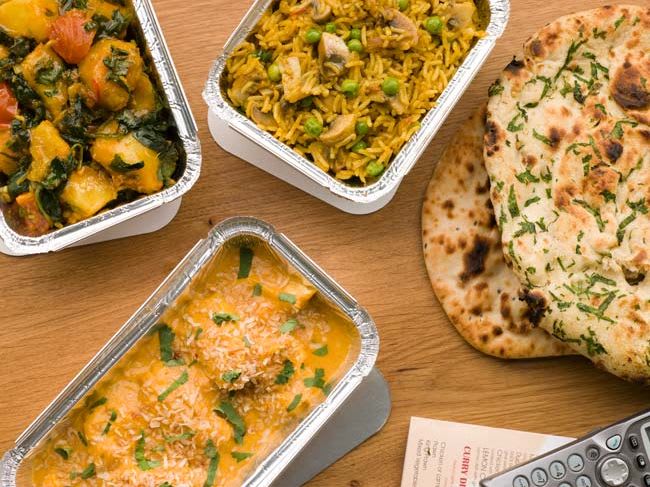 The Princess is fond of a spicy curry

During an appearance on BBC Radio Five Live’s That Peter Crouch Podcast, which was recorded at Kensington Palace in March 2020, William was handed a takeaway curry from Crouch’s local Indian restaurant Samrat in Ealing. When quizzed about his favourite dish, the Prince replied: “Chicken masala, love that, a bit of flavour – I’m not a vindaloo man put it that way.”

As well as admitting on Radio 1 that he found the choice between pizza and Chinese food the hardest (we know the feeling!), William revealed he also eats Nando’s after being introduced to the cuisine by his police protection officer.

LOOK: This is what happened when I drank Kate Middleton’s green ‘pond water’ smoothie for a month

During the BBC documentary, Football, Prince William and Our Mental Health, which aired in May 2020, William stated: “Everyone loves a Nando’s,” before adding that it had been a while since he had treated himself to a burger or pitta. He then joked: “In fact, the policeman who’s on with me again [today], he’s the one who gets me the Nando’s the whole time. It’s his fault.”

Yes, the late Queen Elizabeth II really did get the occasional takeaway! According to The Sun, the former monarch was rather partial to fish and chips and sometimes treated herself to dinner from the local chippy when staying at Balmoral. A footman was reportedly sent to pick up her meal from nearby town Ballater.

The monarch has also enjoyed a kebab in the past. We never expected that! Royal correspondent Jayne Seymour revealed that Krazy Kebabs takeaway in Swaffham got a delivery order by telephone to Sandringham House. 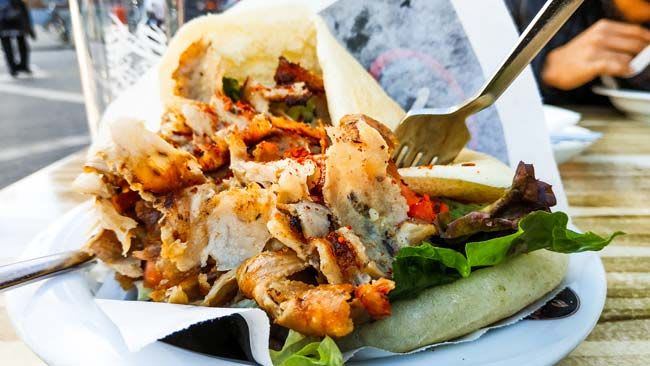 The monarch reportedly had lots of chilli sauce on her kebab

The delivery driver told Jayne: “I assumed the food was for a servant. But when I got to the entrance a butler took it and said it was for the Queen. I hope she enjoyed it – we are known for the best kebabs in Norfolk.” 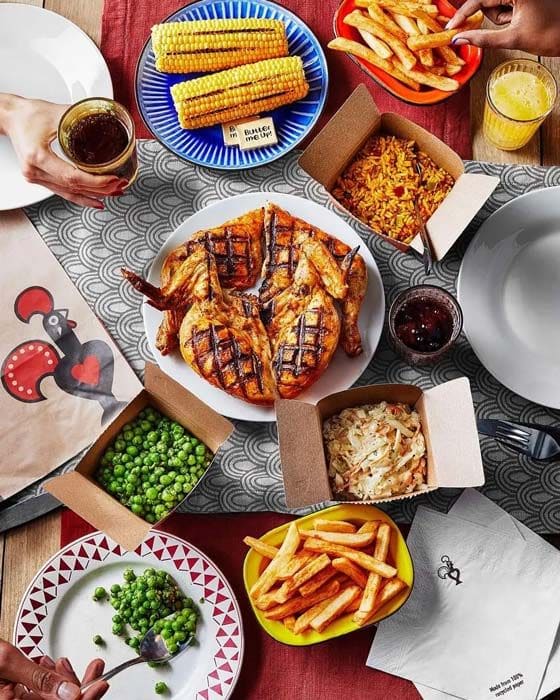 We wonder what spice level Prince Harry goes for…

In 2013, The Mirror reported that the prince picked up a late-night meal from the Fulham restaurant in London, ordering a chicken pitta with extra cheese plus creamy mash on the side and a double chicken wrap with fries. Yum.

Meghan Markle has previously admitted that French fries are one of her most-loved foods. Speaking to Best Health Canada she stated: “I could eat French fries all day long.” 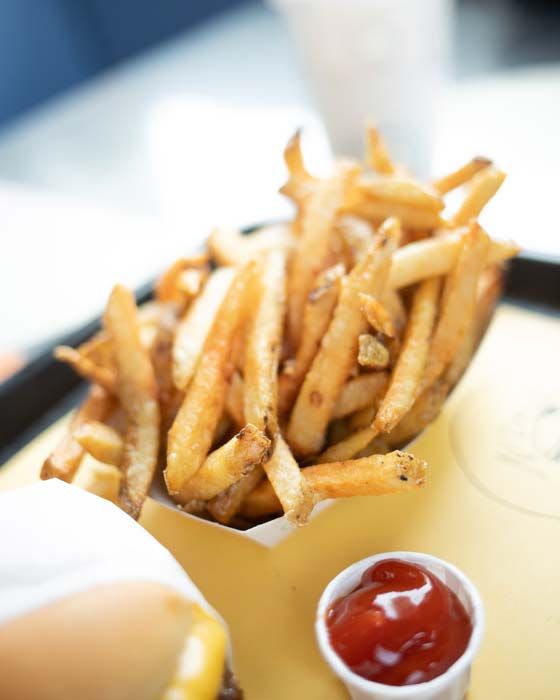 We could eat French fries every day too…

When questioned about her ability to eat fries and stay healthy she explained that: “It’s all about balance, because I work out the way I do, I don’t ever want to feel deprived. I feel that the second you do that is when you start to binge on things. It’s not a diet; it’s a lifestyle eating.”

Back in 2007, the rugby player husband of Zara Tindall spilt the beans on his top takeaway choice.

Mike told The Guardian that he eats what he wants on Sundays, revealing: “If Zara is away competing I’ll have my only takeaway of the week. It would definitely be a Chinese – it might be a banquet for two but obviously that would just be for me. I can do that fairly easily.”

King Charles II revealed his favourite pizza topping in November 2019, while on a visit to Scotland. Charles laughed as he was presented with the margarita pizza from a member of the public as he greeted crowds in St Boswells. 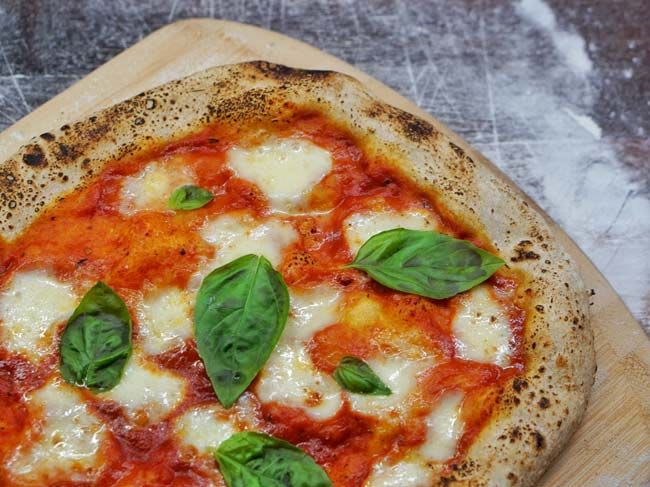 Prince Charles shared his liking for tomato and mozerella pizza

Chef Erminio Di Meo, speaking through a translator, told the Press Association: “I wanted to give him the pizza as he is such a big part of this country. He was curious, he smiled and I said ‘it’s a margherita’. I believe the prince said ‘it’s my favourite’.”

In an interview with her son Tom Parker Bowles for YOU Magazine, the Queen Consort revealed her favourite takeaway is a classic British staple. 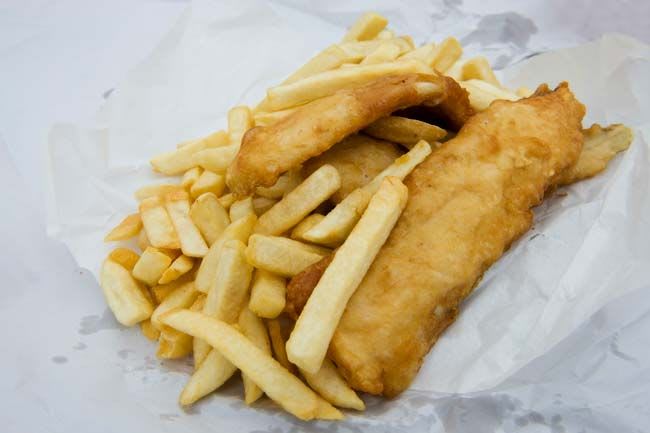 Make sure you never miss a ROYAL story! Sign up to our newsletter to get all of our celebrity and royal news delivered directly to your inbox.