With Valentine’s Day just around the corner, we’re heady with thoughts of… chocolate. Sure, we could have said love. But let’s be real: the two are synonymous anyway, right? Since chocolate basically is our love language, it’s only natural that we turn to chocolate recipes perfect for the heart-shaped holiday before us. And no one does chocolate recipes better than Ina Garten, who — for the purposes of this article — we are proclaiming to be our culinary Cupid.

The Barefoot Contessa star and chef extraordinaire clearly believes in the life-affirming power of chocolate, because she has an impressive array of recipes that feature it as the star ingredient. From cakes and puddings to crisps and bark, she’s got just about every frontier of this sweet stuff covered (or, rather, has it covering all the things). It’s not enough to bake any ol’ chocolate cake. Garten understands that the real key to secure someone’s undying affection is whipping a whole mess of sugar and cocoa powder into a sublimely rich cake and then topping it with a rich chocolate buttercream.

Here, we’ve gathered Garten’s most delicious chocolate recipes that are sure to make your significant other swoon this Valentine’s Day. Flying solo? Well, prepare to fall in love. 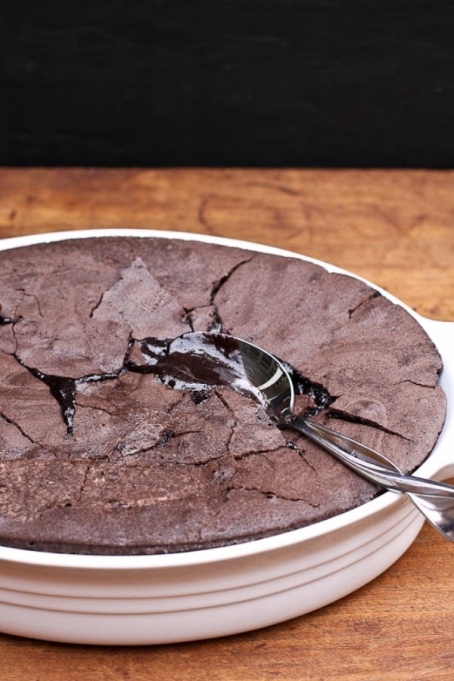 You guys, this dreamy dish is basically the love child of molten lava cake and brownies. Or, as the Merry Gourmet described it after whipping it up, “the best dessert ever to serve to someone who adores chocolate.” 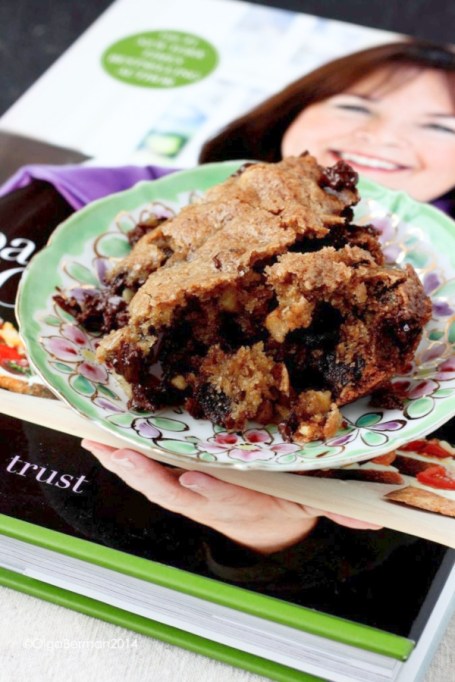 Few things beat a good blondie, unless of course you’re talking about Garten’s wildly rich and gooey chocolate chunk blondies. In making this recipe from the chef’s Foolproof cookbook, Mango & Tomato found out that it was delightfully just that — foolproof. 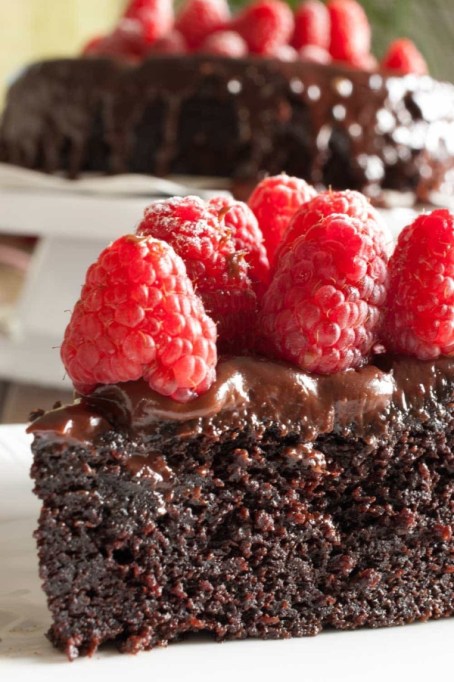 It goes without saying that Garten is an unapologetic advocate of butter. Having said that, sometimes she flexes her culinary skills by proving she can knock a dessert out of the park without it. Well, almost without it. A Little Bit of Spice explains that this delightfully dense and intense recipe doesn’t use butter for the actual cake… but it does for the chocolate filling. 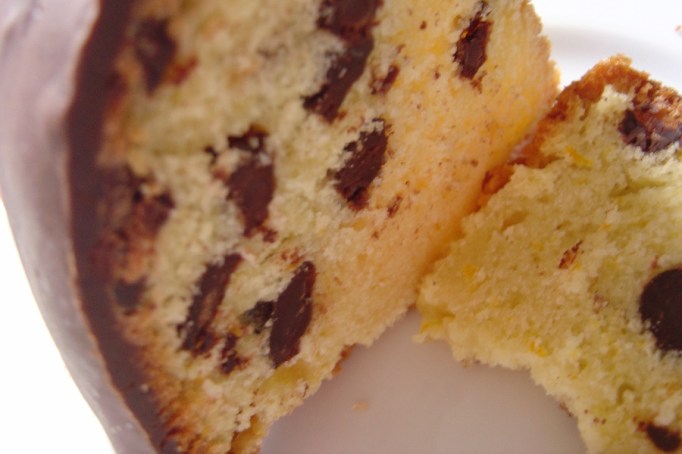 If you’re still not a believer in the beauty of citrusy orange paired with sweet chocolate, let Garten’s orange chocolate chunk cake change your mind. Smells Like Home has dubbed the recipe “sneak-an-extra-piece-or-two-while-nobody-is-looking” good. 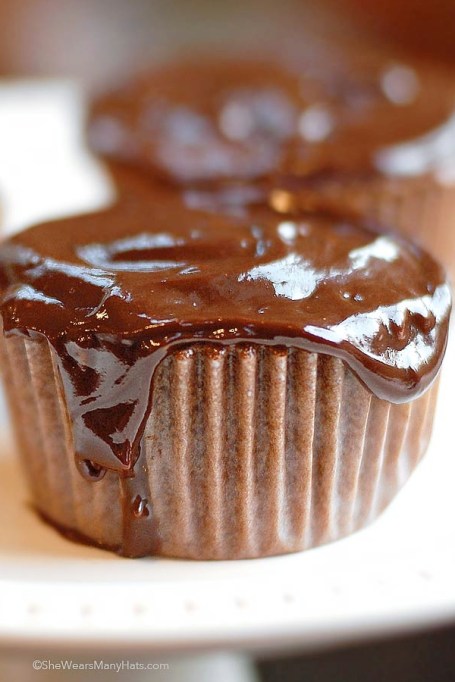 If you’ve never met a chocolate cupcake you didn’t like, you’re going to be blown away by Garten’s chocolate ganache cupcakes. She Wears Many Hats has all the details, plus a few tips and tricks for ensuring you get the most amazing results. 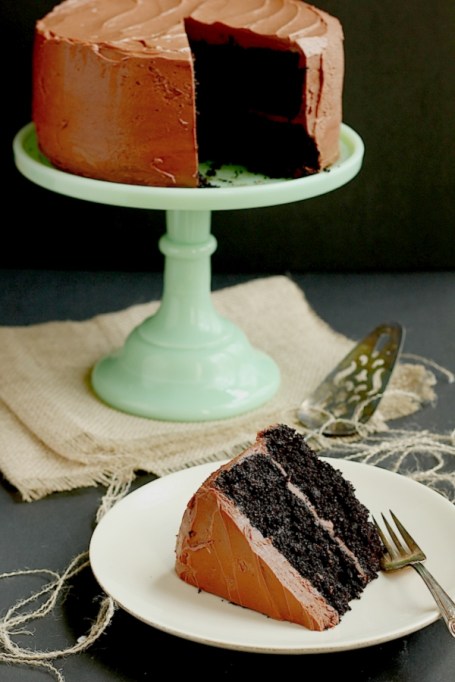 Garten’s “Beatty’s” chocolate cake recipe is practically considered her signature for a reason — not only is it a literal feast, but it’s also a feast for the eyes. It’s the kind of cake you make to impress people. But there is a bit of technique to it, and the Savor Home blog has a few vital tips to help you nail it. 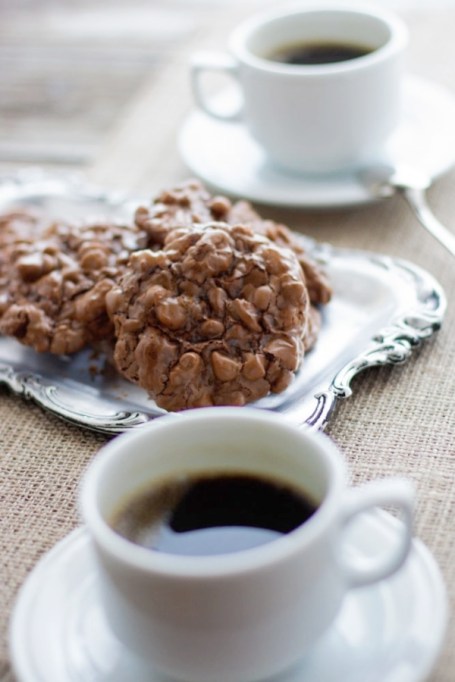 When a dessert is so deliciously indescribable that it’s called a “glob,” you know it’s going to be good. And these are no exception to the rule — Foolproof Living tried ’em and swears they’ll satiate even the strongest peanut butter and chocolate craving. 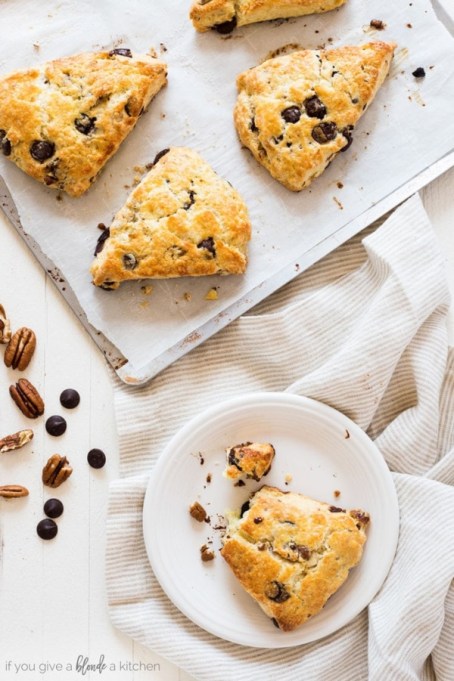 Want to feel right proper? Pour yourself a spot of tea and serve up some of Garten’s scones. What’s great about this recipe, says If You Give a Blonde a Kitchen, is the juxtaposition of “puddles of chocolate” and chopped pecans. 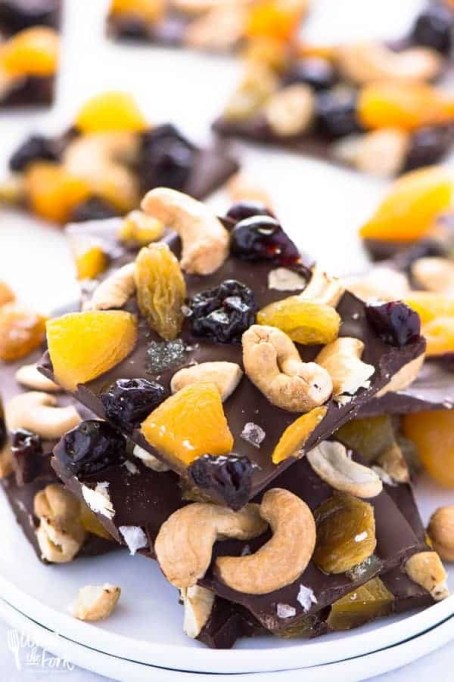 When you put fruit and nuts into dark chocolate it’s basically like health food, right? That’s what we’re telling ourselves. Plus, as What the Fork points out, it’s easy (no-bake) and makes a beautiful gift. 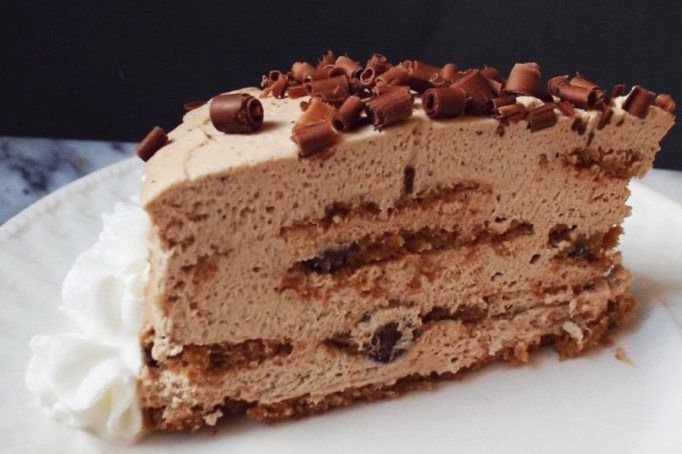 A riff on the classic icebox cake, Garten’s version incorporates Kahlua for an extra kick of flavor. And while it certainly looks impressive (and tastes even better), Project Pastry Love promises this no-bake recipe is “extremely easy.” 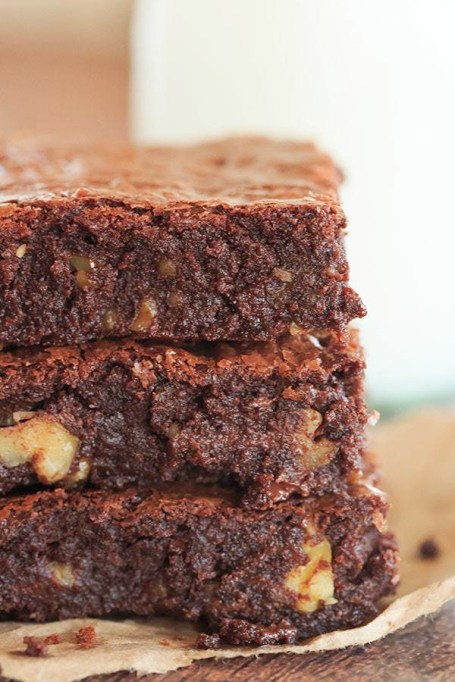 According to Garten, her “outrageous brownies” recipe is her most requested — and considering they contain a whoppin’ one pound of butter, is that really surprising? Brown Eyed Baker recommends refrigerating them to really make the chocolate chips and walnuts stand out in each bite. 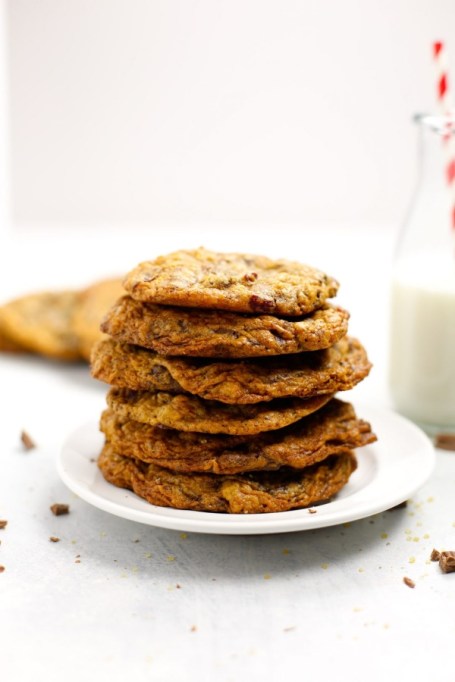 You can’t put a value on a good chocolate chip cookie because, c’mon, they’re priceless. Garten even ups the ante by adding in oatmeal for a pop of chewy texture and contrasting the sweet goodness with fine grain sea salt — take it from Veggies By Candelight. 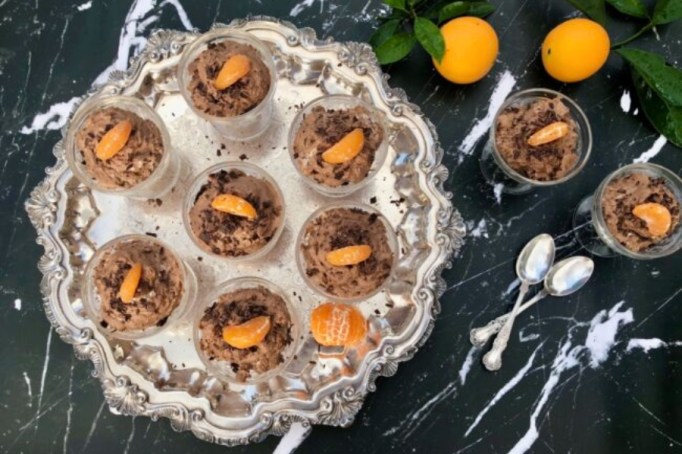 If pudding is more your speed than cake, skip Garten’s orange chocolate chunk cake and try this chocolate orange mousse instead. There’s only one problem: Travels With Mai Tai Tom warns you’ll be highly tempted to eat the entire bowl! 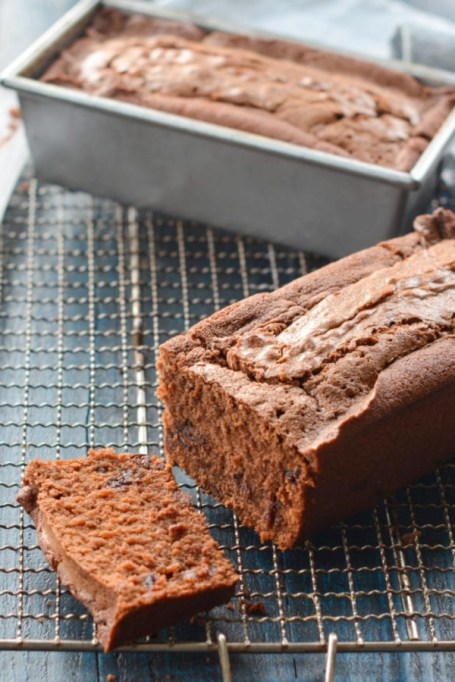 Ever wonder what Garten herself eats when a chocolate craving hits hard? Wonder no more. She recommends making two of these triple chocolate loaf cakes so you’ll have one at home in case of a “chocolate cake emergency.” And according to Once Upon a Chef’s Jenn Segal, you’ll probably want to crack into your emergency reserve by the time you finish making this yummy recipe. 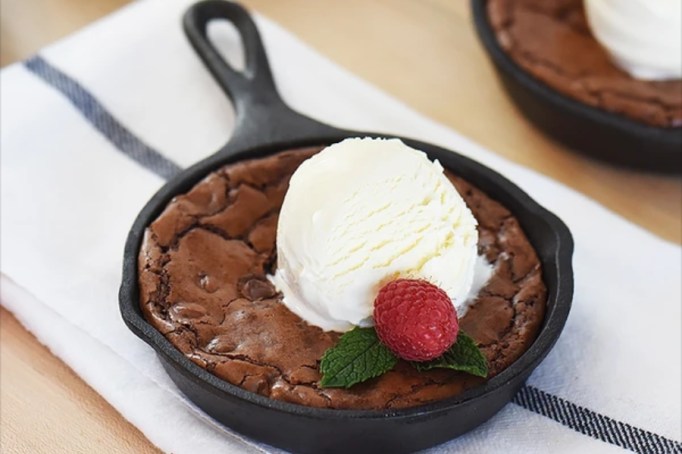 It’s a fact of life that making anything in a cast-iron skillet makes it taste better. So, you can only imagine the effect when you take a classic Garten dessert and prepare it this way. According to Cassandra’s Kitchen, they’re practically the most perfect way to use a skillet.