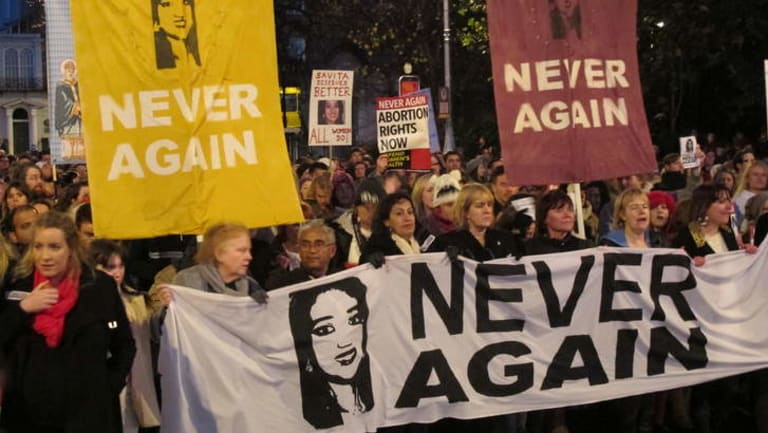 Abortion rights protesters held pictures of Savita Halappanavar as they marched through central Dublin last year, demanding Ireland’s government ensures abortions can be performed to save a woman’s life.

Tonight, our time, Ireland will head to the polls in a groundbreaking referendum that could dramatically increase access to abortion for the country’s citizens. Ireland currently suffers under some of the world’s most restrictive abortion laws, with the procedure completely illegal in all circumstances except those in which the mother’s life is at substantial risk. But the vote to repeal the 8th amendment is hopefully set to change all that

The history of the 8th amendment is fairly in step with what one might expect from a traditionally Catholic country, (although the referendum is expected to get widespread support).

It was passed by referendum in 1983 following a two year campaign from anti-choice zealots who were concerned the legalisation of contraception almost a decade earlier would eventually lead to the legalisation of abortion. The amendment itself dictates that “the state acknowledges the right to life of the unborn and, with due regard to the equal right to life of the mother, guarantees in its laws to respect, and, as far as practicable, by its laws to defend and vindicate that right.” (For a detailed primer on the 8th amendment, refer to this article in the Conversation UK.)

Technically, the amendment grants equal personhood to both a fully formed human and a fetus. In reality, it succeeds in granting more rights to the latter than the former, because it removes the autonomy of women and other pregnant people by forcing them to carry a pregnancy to term against their will.

So devoted to the rights of the fetus are proponents of the 8th that there have been numerous stories of women dying because doctors refused to assist in the termination of pregnancies that were posing a quantifiable risk to the mother’s life. In 2012, when Savita Halappanavar was 17 weeks pregnant and in the process of miscarrying, her repeated requests for a termination were denied by medical staff at Galway hospital. Halappanavar died of sepsis shortly after. 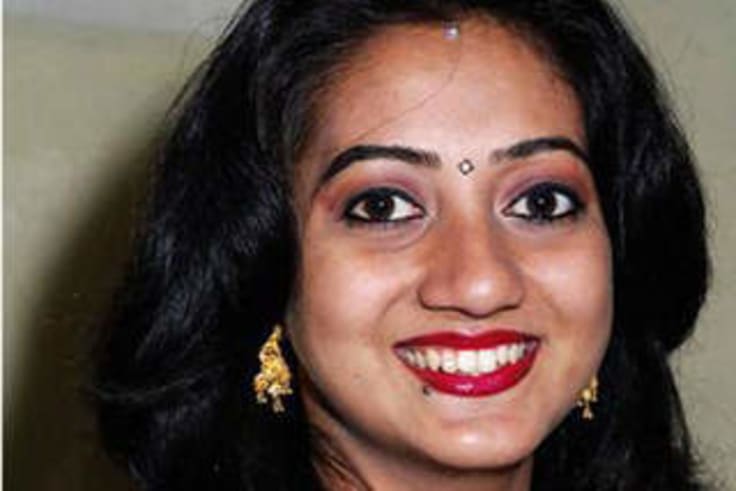 This is what happens when you elevate the rights of an ideological symbol over that of a human being. Unfortunately, but not surprisingly, this is exactly what No campaigners have been doing in the lead up to the vote.

As an unequivocal supporter of the right to abortion for anyone who can become pregnant, it infuriates me to see people shield their misogyny behind bombastic pretensions to morality. A few weeks ago, two print ads appeared for the no campaign that were not only laughably sexist but also grotesquely ignorant. Attributed only to the website www.save8th.ie (not to be confused with Save The 8th’s slicker and more "official" campaign site of www.save8.ie), the ads presented both a soldier and a firefighter cradling a child in their arms beneath the slogan, “MEN PROTECT LIVES”. The ads go on to claim, “Children expect to be protected. VOTE NO to abortion on demand.” 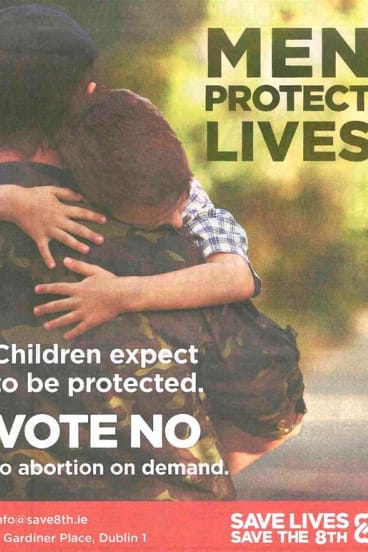 A poster advertisement for the No vote.

It isn’t even the advocation for a no vote that infuriates me the most about this propaganda. It’s the blatant erasure of women’s devotion to the protection and well-being of children in favour of a lie that heralds men as a noble demographic working to keep us all safe. The image of the soldier in particular is a revolting twisting of reality – there are few organisations more successful at slaughtering the world’s children than its various militaries. Male soldiers protect lives? Tell that to the children being murdered by drone strikes in Syria, or the Palestinian kids being killed or locked up by Israeli armed forces.

The blatant misogyny that steams from these ads is precisely the reason why Ireland must vote yes to repeal the 8th amendment. Women’s bodies – and it is mostly women who become pregnant, and certainly the reproductive servitude of women that’s being vigorously enforced by anti-choice legislation – don’t exist merely to ferry other humans into the world. Our right to autonomy, freedom and basic health cannot continue to be dictated by others, particularly not those people who will never know the monumental impact that pregnancy, childbirth and parenting has on a person’s life.

Abortion is an issue of reproductive health-care, not morality. Outlawing it has never stopped it from happening, it’s only made it more likely that women will suffer while trying to access one. Around 5000 women in Ireland have abortions every year, and a No vote succeeding isn’t going to change that. What it will do is continue to turn those people into criminals and temporary refugees, increase their risk of physical and mental harm and compound the shame already inflicted by anti-choice morality and the people who gleefully practice it.

Men protect lives? Men who cannot get pregnant need to learn that their opinions on this issue are irrelevant. If they want to make themselves useful in the fight to "protect lives", they should bloody well vote yes today or not vote at all.