More than 6 million people have died worldwide as a result of the coronavirus disease 2019 (COVID-19) pandemic, caused by severe acute respiratory syndrome coronavirus 2 (SARS-CoV-2). Around 64% of the global population has received at least one dose of a COVID-19 vaccine despite the availability of approved and emergency use authorization (EUA) vaccines. In the United States, where about 64.7% of people are fully vaccinated and 76.1% have received at least one dose, the vaccination rate has stalled because of various factors such as concerns over existing vaccinations and the need for more testing in young children.

In order to increase immunity and vaccine accessibility, second-generation vaccines are currently being developed to supplement or replace existing vaccination strategies. The use of ferritin nanoparticles is one new method to increase immune responses against a relevant antigen, such as spike (S) glycoprotein.

The S glycoprotein of SARS-CoV-2 is located on the surface of the virus with the main functions of binding to the angiotensin-converting enzyme 2 (ACE2) and facilitating entry into host cells. The S protein is used in the great majority of SARS-CoV-2 vaccines, including the licensed products BNT162b (Pfizer-BioNTech) and mRNA-1273 (Moderna), as well as the EUA products Ad26.COV2.S (Johnson & Johnson/Janssen) and ChAdOx1nCoV-19 (Johnson & Johnson/Janssen) (AstraZeneca). 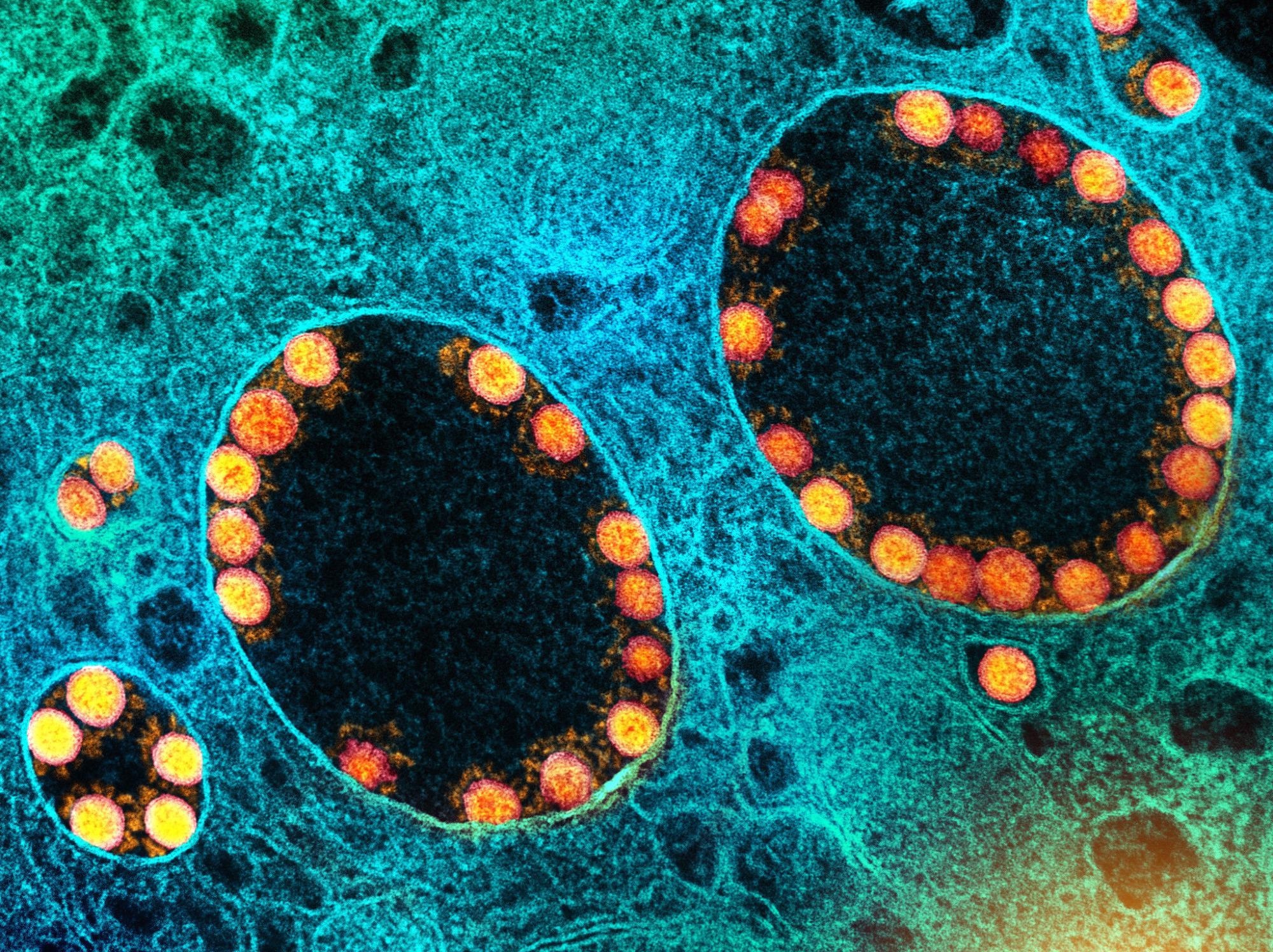 In a recent study published on the bioRxiv* preprint server, the immunogenicity, and effectiveness of SARS-CoV-2 spike ferritin nanoparticle (SpFN) adjuvanted with aluminum hydroxide (AlOH3) or Army Liposomal Formulation QS-21 (ALFQ) in a cynomolgus macaque (CM) COVID-19 model was evaluated.

All 24 adult CM in this investigation were tested for prior SARS-CoV-2 exposure and found to be negative using three assays: Euroimmun IgG enzyme-linked immunosorbent assay (ELISA), plaque-reduction neutralization test (PRNT), and quantitative real-time PCR (RT-qPCR). The study was split into two parts: the Vaccination Phase (VP) and the Challenge Phase (CP).

During the VP, animals were randomized into three groups, each with eight animals. They were vaccinated intramuscularly (IM) with 50 µg of SpFN prepared with either ALFQ (Group 1) or AlOH3 (Group 2) adjuvant on Study Days -56 and -28. On days -56 and -28 of the study, Group 3 was administered phosphate-buffered saline (PBS) to produce the control group. On Study Day 1, the CM was given an intratracheal dose of 2.89×107 plaque-forming units (pfu)/4 mL of SARS-CoV-2 and an intranasal dose of 3.62×106 pfu/0.5 mL of SARS-CoV-2 (WA-1).   On days -4, 1, 3, 5, 7, 9, 11, and 15 of the study, physical examinations and blood and specimen [bronchoalveolar lavage (BAL) and swab] collections were performed under anesthesia.

The researchers performed clinical chemistries and complete blood counts on whole blood and serum samples. Excluding creatine kinase, which was raised above baseline for most animals on at least one VP study day, clinical pathology alterations during VP were primarily ordinary. Although the cause of the creatine kinase increase is unclear, it was probably caused by inflammation or stress in muscle tissue after injections.

The majority of variations in clinical pathology markers during CP were similar to those previously seen and can be linked to an inflammatory response indicating a continuous viral infection. Increases in one or more leukocyte markers, as well as creatine kinase and/or C-reactive protein, were among the findings. With two exceptions: C-reactive protein and monocytes, all changes found were identical between groups. Control animals had a considerably higher change from baseline than vaccinated animals in both situations.

RT-qPCR was used to analyze genomic RNA in BAL and NP swab samples. The trends were mostly comparable to those observed with sgRNA. On day 3 of the trial, BAL genomic RNA levels in vaccinated animals were considerably lesser than in control animals. Unlike control animals, where viral RNA was still detectable on day 9, viral RNA in BAL was identified for only one animal in each immunization group after day 3. By the third day of the trial, all animals exhibited detectable viral RNA in NP swabs, with mean values of 9.57, 8.68, and 9.05 Log10 genomic equivalents (ge)/mL for the controls, ALFQ, and AlOH3 groups, respectively. In comparison to SpFN + ALFQ vaccinated animals, these peak levels were considerably greater in controls.

On samples taken during the VP and CP, the total IgG and IgA response to SARS-CoV-2 was analyzed using the Euroimmun ELISA, and the antigen-specific IgG and IgM response was characterized using the Magpix multiplex immunoassay. Two weeks after the first vaccination, an IgG response was identified in vaccinated animals, with the ALFQ group having a considerably greater reaction than the AlOH3 group. Both groups reported identical IgG levels at all successive time points after the second vaccination on day 28, which improved the antibody response observed by day 14.

Following viral challenge, there was no anamnestic reaction for total IgG. Magpix analysis of the antigen-specific IgG response in vaccinated animals demonstrated the highest binding to S1 both before and after the challenge. Furthermore, after viral challenge, S1 binding antibodies rose, indicating an anamnestic response to this antigen. The response to the complete spike was substantially smaller than S1 and equivalent in magnitude to the reaction produced against RBD, albeit being observable.

After CMs were exposed to SARS-CoV-2, both SpFN + ALFQ and SpFN + AlOH3 were effective in lowering clinical disease. In small animal models and two nonhuman primate models of SARS-CoV-2, effectiveness and significant immunogenicity have already been proven. In rhesus macaques, the receptor-binding domain of the spike protein alone, adjuvanted with ALFQ, proved very effective. Although SpFN + ALFQ outperformed SpFN + AlOH3 in these tests in terms of immunology, SpFN + AlOH3 also elicited robust responses.

The capacity of SpFN to impart protection endorses the need for further investigations to evaluate the scope and longevity of protection against SARS-CoV-2 variants and associated sarbecoviruses, including fractional vaccine doses, vaccination schedule optimization, and additional comparative adjuvant dosing. These data also support the evaluation of SpFN in clinical trials that are currently underway (Clinical trial number: NCT04784767 https://clinicaltrials.gov/ct2/show/NCT04784767).

Colin graduated from the University of Chester with a B.Sc. in Biomedical Science in 2020. Since completing his undergraduate degree, he worked for NHS England as an Associate Practitioner, responsible for testing inpatients for COVID-19 on admission.