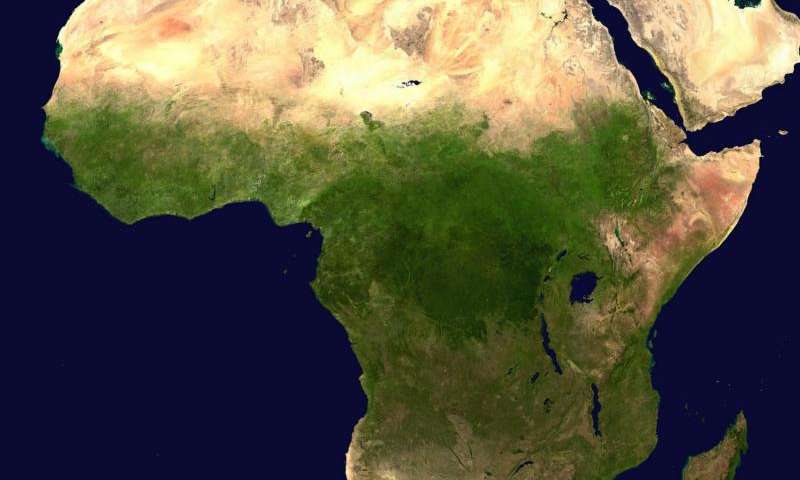 Greater economic development across Africa in the years ahead could cause its population to grow at an even quicker rate than current projections, according to an important new demographic study released today.

According to UN estimates, the population of sub-Saharan Africa is set to double by 2050, which could add an additional one billion people to the world’s population. Yet the new findings argue that the eventual figure could be even higher, challenging common misconceptions about the reasons for population change in Africa.

The research, from University of Bath demographer Dr. Melanie Channon, suggests that a focus on contraception and access to family planning as a means to stem population growth, while important, fails to address significant cultural factors impacting the decisions of women across Africa. Whilst many believe that rising levels of economic prosperity and higher levels of education should equate with women automatically desiring fewer children the results from Africa are challenging this assumption. Across sub-Saharan Africa and in spite of rising prosperity and increasing education, many women still want large families.

The researchers suggest that the reasons for this are complex, however they point to factors such as children providing status and social security as potential reasons why women might still desire bigger families.

Describing this situation as ‘puzzling’ and an example of ‘African exceptionalism’, the team behind the study suggest that the high levels of women wanting more children might explain the continent’s unusual fertility transition, which started later and is proceeding slower than in other regions. They highlight how fertility declines have not only been modest in Africa, but that the decline in fertility has stalled in multiple countries; something rarely seen in other contexts.

Dr. Melanie Channon from the University of Bath’s Department of Social & Policy Sciences explains: “While it is true that women in many African countries are beginning to have fewer children, it is common for this to be in spite of their preferences rather than because of them.

“There may be many reasons why there is a mismatch between desired numbers of children and the actual children women have, but on the basis of these results we should not ignore the possibility that women in Africa could actually choose to have more children if their circumstances improve.”

According to the paper, a small group of African countries—Central African Republic, Chad and Niger—stand out where even when they have higher education many women still want 5 children or more. This is described in the study as ‘an extraordinarily high number for such a high level of education’ and suggests that what’s happening in Africa in terms of population growth is unique from the rest of the world.

Dr. Channon adds: “There is a strong tendency, in particular in the West, to assume that African women would have less children if only they had better access to contraception and high quality education and that rising population growth is caused by insufficient family planning. But this misconception presupposes that women want to have fewer children, which our research shows is often not the case. Increased access to contraception and education are important, but may not result in fertility declines as substantial as we have seen in other areas of the world.

“On average, nearly three quarters of women in African countries are failing to have the number of children that they want, but for many this is not down to a lack of contraception—they want more children not fewer. This is particularly common in Western and Middle African countries, where the average woman has over 5 children, but still wants more.