A new study found the mouths of drinkers contained more bad bacteria that potentially cause disease. 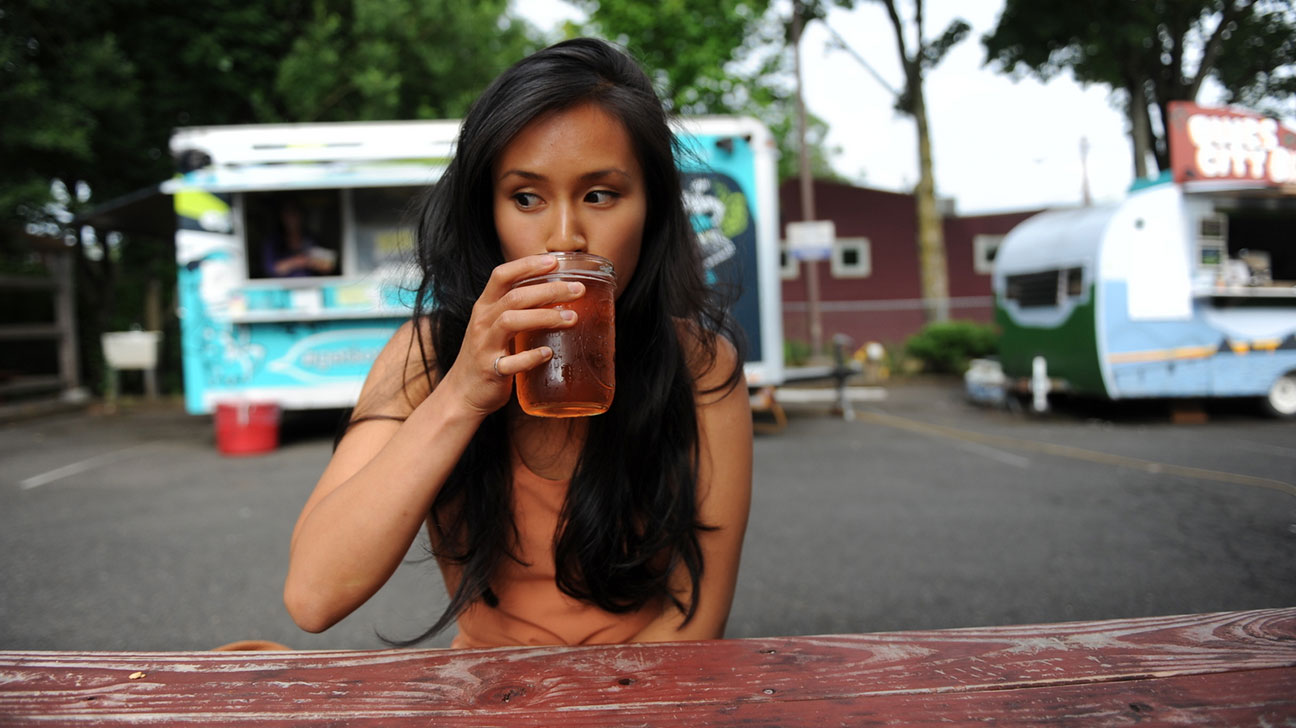 There’s no lack of evidence that drinking too much alcohol is bad for you. But here’s one more reason to cut down: teeth.

A recent article published in Microbiome last month found, in a large study of American adults, that heavier drinkers had more “bad bacteria” in their mouths and less “good bacteria.”

“In a nutshell, our mouths contain billions of bacteria, both beneficial as well as those that can lead to tooth decay, gum disease, plaque buildup, and bad breath,” said Dr. Harold Katz, a California dentist with a degree in bacteriology from UCLA School of Dentistry and developer of TheraBreath Dry Mouth Oral Rinse.

“There is a constant battle taking place in your mouth between these two teams who have opposite goals. The beneficial bacteria work 24/7 throughout the mouth by producing beneficial proteins, which prevent overpopulation of the ‘bad’ bacteria.”

Researchers found, in the study of 1,044 adults and their mouthwash samples, that those who were heavier drinkers had more Actinomyces, Leptotrichia, Cardiobacterium, and Neisseria types of bad bacteria. According to the researchers, Neisseria can synthesize the carcinogen acetaldehyde from ethanol.

Inversely, heavier drinkers had less of a good type of bacteria, Lactobacillales, often used in probiotics.

“These results are no surprise to me,” said Katz.

However, the study stated, “The observed increased diversity and altered profiles in drinkers may be due to direct effects of alcohol or may reflect poor oral health conditions in drinkers.”

What this means for your mouth

According to Katz, even a tiny imbalance in the oral microbiome can lead to many oral care problems, including bad breath, dry mouth, tooth decay, periodontal disease, and tooth loss.

Simply put, too much bad bacteria, is well, bad.

Katz further explained that good bacteria — such as the small group on the back of the tongue that helps attack the bacteria that cause strep throat — is essential for good oral health. Moisture in the mouth helps good bacteria flourish, and many of the negative effects of alcohol could stem from causing dry mouth.

“By temporarily removing beneficial saliva from the oral cavity, we create an environment which then allows groups of bacteria — including the anaerobic sulfur-producing bacteria at the core of bad breath production — to overtake the environment,” Katz said. “Saliva performs many valuable functions including the prevention of bad breath, [as well as] tooth decay, by buffering oral acids and the delivery of valuable minerals to keep teeth and gums healthy. Consequently, alcohol, whether in adult beverages or mouthwash, may wreak havoc on the fragile balance of the oral microbiome.”

What this means for your health

However, the potential health concerns don’t end with the mouth. According to researchers, evidence has shown that an imbalance of oral bacteria is linked to mouth diseases like cavities. It may be connected to more generalized diseases as well, including gastrointestinal cancer and cardiovascular disease.

“Many studies also show that even something as seemingly inconsequential as bleeding gums… after brushing or flossing, may eventually lead to serious medical issues,” said Katz.

“Bleeding gums are literally an open wound site, which can then allow oral bacteria and their associated toxins to enter the bloodstream. Numerous studies have shown a strong link between bleeding gums and medical issues such as increased heart attacks, strokes, erectile dysfunction, and even premature low birth weight in babies, because these toxins can even cross the placenta.”

What you can do

The easiest way to diminish the negative effects of alcohol on the mouth is by increasing your water intake. After drinking alcohol, simply take a sip.

“It washes away any residual alcohol from the tongue and oral tissue, and throughout the day, make sure to drink about 48 ounces of water to help replenish saliva,” Katz explained, pointing out that we use about 1.5 liters of saliva daily.

“Instead, look for a mouthwash proven to be beneficial to the oral microbiome, and has been recognized by the American Dental Association,” he said.

When it comes to toothpaste, buy one with gentle ingredients, like aloe vera, and avoid those that contain sodium lauryl sulfate. He said it is a harsh detergent that creates foam when you brush, but that has been linked to painful canker sores.

Also, pick a soft-bristled toothbrush, and of course, don’t forget to floss.

“There is no better way to get rid of food particles stuck between your teeth, which act as a fuel source for oral bacteria,” Katz said.

Additional research is needed to better understand the link between alcohol consumption and bad oral bacteria. While the findings of this new study offer interesting insight, the researchers acknowledged its limitations. For example, because the study was observational, it was more difficult to ascertain a causal relationship.

Nevertheless, the findings do offer a good starting point for better dental care.