Skip to content
HomeHealth NewsAmerica’s jails in crisis: Study identifies those at risk of suicide behind bars 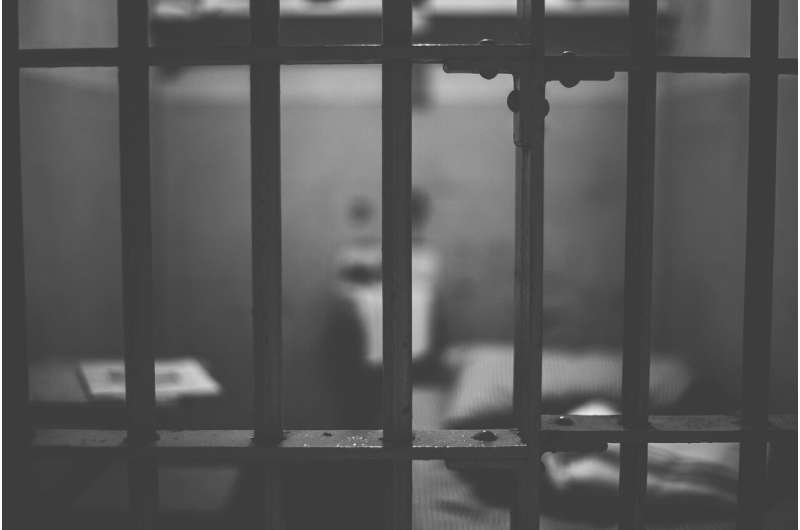 In the United States, jails handle about 11.7 million admissions each year. Jails are, generally, the place where individuals arrested for crimes ranging from vagrancy to murder and are booked and held until their court appearances—the average stay is about 23 days.

In America’s jails, suicide is the leading cause of death—the rate of suicide is nearly three times higher in jails than in prisons or the general public. Estimates show that there are 80 suicide attempts for every fatal suicide within a correctional facility. About 40 percent of deaths occur within the first seven days of admission to jail.

Despite the gravity and extent of the problem in correctional institutions and jails specifically, very little attention has been directed at understanding the factors associated with suicide and self-harm (SSH) among jail detainees. Understanding the correlates of suicide risk in jails is essential to build a profile of individuals who may be at more risk for suicide while in custody.

A study by Florida Atlantic University’s College of Social Work and Criminal Justice is the first to examine the risk factors for attempting and threatening SSH among 736 males and females during incarceration in a large metropolitan jail in the Midwest using logistic regression and the lens of “Interpersonal Theory of Suicide” (ITS). ITS suggests three risk factors responsible for suicide: acquired capability for suicide; thwarted belongingness (isolation and loneliness); and perceived burdensomeness (burden to other people).

“Researchers have long recognized the shock and lack of control associated with circumstances and surroundings in jail such as disorientation, abrupt separation from social support and society, and the degree of degradation and interpersonal conflict that arise from being incarcerated,” said Calli Cain, Ph.D., senior author and an assistant professor in FAU’s School of Criminology and Criminal Justice. “However, the extent to which these experiences culminate in a propensity for suicide and self-harm remains understudied.”

Results of the study, published in the journal Corrections, showed:

“The reality is that many more individuals attempt, contemplate, or threaten suicide prior to a fatal suicide attempt in a jail setting, and self-harming behaviors may be a risk factor or precursor for more serious attempts on one’s life,” said Cain. “The high rate of suicide in our jails over the last 20 years also suggests that the conventional approach of isolating individuals such as on suicide watch who admit to or are suspected of wanting to hurt themselves is insufficient, especially since most individuals who die by suicide in jail are not on suicide watch at the time of their passing.”