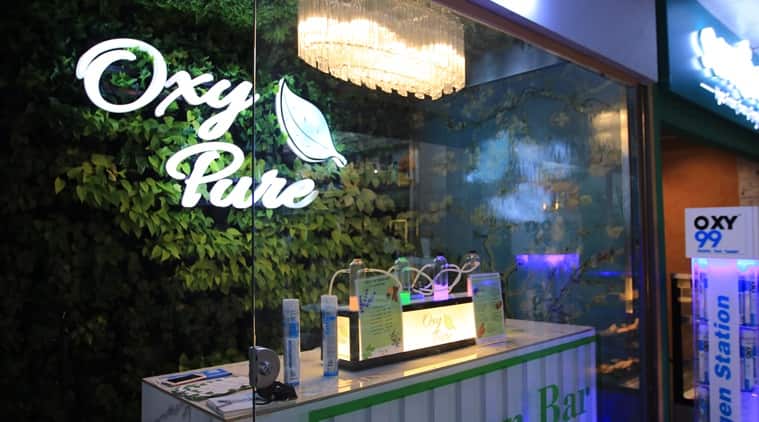 In between all the measures to battle the severe air pollution levels in Delhi-NCR, there’s one more option for you — a bar that has “pure air”. Founded by Aryavir Kumar and Margarita Kuritsyana, Delhi’s first-ever oxygen bar — named ‘Oxy Pure’ — offers 15 minutes of 80-90 per cent pure oxygen starting from Rs 299.

The bar, which was launched in May, also offers its customers several aromas to choose from that can be infused with oxygen that is odourless. The aromas include lemongrass, lavender, cherry, eucalyptus and more.

Customers are given a nasal canula, which is a lightweight tube, used for supplementary oxygen intake. The device is placed near the customer’s nostrils through which they are advised to breathe in the aroma-infused oxygen. 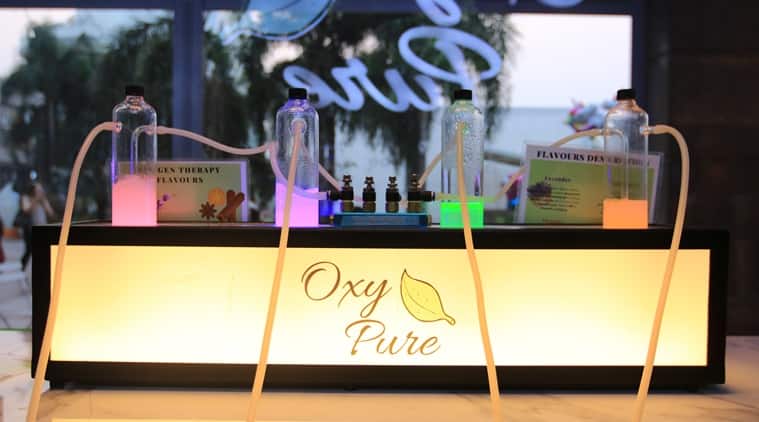 According to the aroma you choose, each session promises to improve one’s sinus, sleep patterns and digestion, cure headaches and migraines, and even claims to work as a remedy for depression.

“I was passing by and saw that they were offering pure oxygen. I thought I’ll give it a try and went for the lemongrass flavour. It was refreshing,” Manjul Mehta, a customer at Oxy Pure told indianexpress.com.

Speaking to indianexpress.com, Bonny Irengbam, senior sales assistant at the bar, said customers were responding to the sessions positively. “Some people, who try it for the first time, will feel relaxed and fresh. But only people who undergo the sessions regularly will get real benefits of the aroma,” he added.

Irengbam points out that they don’t encourage back-to-back session and advises his customers to stick with the 10 to 15-minute sessions a day.

“Though we have regular customers, we don’t encourage back-to-back sessions, as increased levels of oxygen in the body can make a person dizzy. It is advisable to do it once or twice a month,” he said.

Dr Rajesh Chawla, who is a senior consultant in respiratory medicine at the Indraprastha Apollo Hospital Delhi, said that though such sessions do not have any side-effects, it does not have any long-term benefits either. “Even if you breathe in the so-called pure oxygen for two hours in a day, you will go back to breathing the polluted air for the rest of the 22 hours, he said. He added that the concept is purely a capitalistic move.

Recalling the initial days of the bar, Irengbam admitted that people were sceptical and only a few people came forward to try it.“Many people criticised, saying we were selling air, others were scared to breathe through the canula”.

Irengbam said the bar saw a significant rise in the number of customers two to three days after Diwali, as the pollution levels were high adding that people are warming up to the idea of an oxygen bar. ”They have realised the need for it,” he said. The bar also provides portable oxygen cans, which is easy to carry around and works like an inhaler.