Just being NEAR sick people can trigger a person’s immune system to prepare for a illness of their own, expert says

A person who is surrounded by other sick people may be more prepared for illness as their immune system begins to gear up for potential infection, an expert says.

Dr Patricia Lopes, an assistant professor at Chapman University in Orange, California, says that a person who sees other sick people around them will interpret that information in a way that gears up their immune system for an infection of their own.

She says that this means that parasites like viruses are having more of an impact on a person’s physiology than they may know – as any time they witness another person being sick their body is expending energy on preparations.

It also has drastic impacts on epidemiology, and how virus’s actually spread. Because this research is in the early stages it is hard to determine whether viewing another sick person first can significantly reduce a someone’s chance of catching a virus. 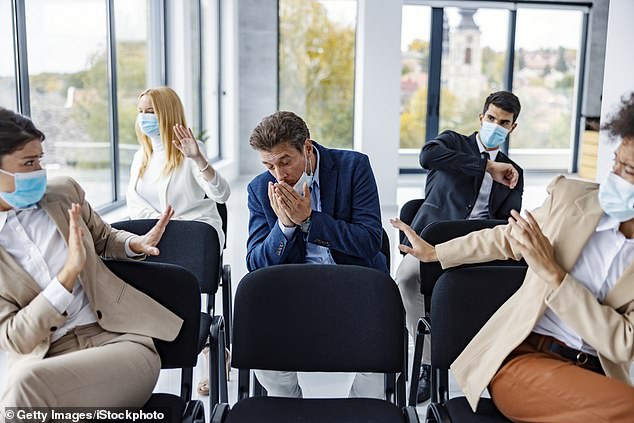 Seeing or being near sick people can automatically trigger a person’s immune system to help defend them from a parasitic infection, an expert says (file photo)

In her paper, published this month in Functional Ecology, Lopes writes that uninfected animals – which include humans – have built in mechanisms to avoid being infected with a parasite.

‘Uninfected animals can attempt to prevent parasitism in many ways,’ she writes.

‘Behavioral avoidance of parasitized conspecifics, for instance, is documented in several species.’

One method of avoidance that she says is ‘less well studied, and consequently, less well understood’ is a physiological avoidance.

She says that there is some evidence that a human’s physiology changes when they view another sick person.

‘Our brains can obtain information from diseased people and then elicit changes to our physiology,’ she told Neuroscience News.

‘For example, observing images of sick people can already trigger activation of the immune system.’

She cites a large gap in knowledge that is still preventing people from understanding how this phenomena works, and how it can affect a person – and spread of disease as a whole. 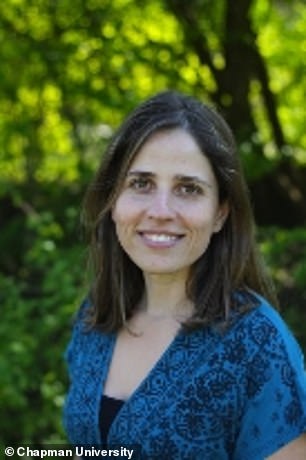 Dr Patricia Lopes (pictured), an assistant professor at Chapman University, explained that more research must be done to understand how the activation of the immune system when an animal views sickness can affect the spread of disease

One key questions is whether or not this sort of ‘gearing up’ for sickness is actually reducing infection in some way.

In the context of a large outbreak like COVID-19 or monkeypox, is the overall increased awareness a person has of parasites around them helping them avoid infection in some way.

‘Determining how the disease environment experienced by animals impacts their physiology, survival and reproduction has major implications for our knowledge of how parasites affect populations beyond their consumptive effects,’ she explains.

‘If the physiological changes triggered in uninfected animals help reduce disease burden or speed up recovery from disease, they can have cascading effects on disease dynamics; therefore, they are important to study and understand.’

Previous studies have found that humans naturally see illness as something that is disgusting and repulsive.

As a result, they will avoid a person they perceive to be sick as a form of self-preservation.

Research from the University of British Columbia published in 2010 found that people who were shown pictures of sick people had elevated levels of interleukin-6 (IL-6), which is secreted by white blood cells as a defense mechanism.

‘It makes evolutionary sense that the immune system would respond aggressively only when it’s really needed,’ Mark Schaller, co-author of the study, said in a statement at the time.

‘If I see a bunch of sick people, maybe a big infection is around, and I better kick my immune system into high gear.’