‘Birthday blues’ are real: Asian man in his 60s tried to kill himself whenever he became a year older, doctors share in proof condition isn’t a ‘myth’

Asian experts say the phenomenon — often dismissed as a myth — is serious and can leave victims suicidal.

And major milestones, like 40th and 50th celebrations, carry the greatest burden, they claim.

One depressed man ‘uncannily’ saw his symptoms worsen everytime his birthday came around. 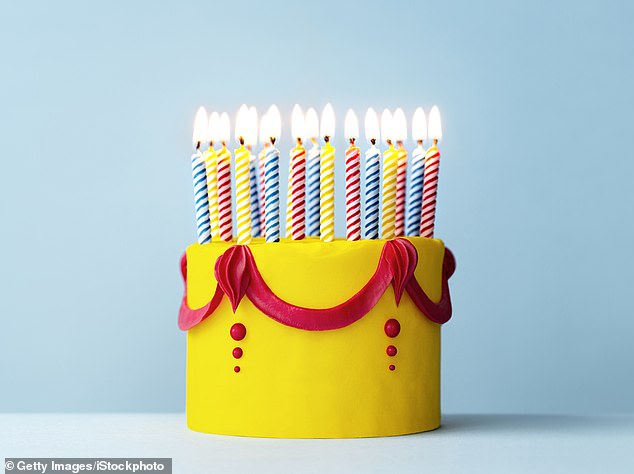 ‘Birthday blues’ are real, researchers claim. Asian experts say the phenomenon — often dismissed as a myth — is serious and can leave victims suicidal

He was forced to retire as a car engineer, a job he was ‘obsessed’ with, in his early 50s because of an incurable back problem.

The unidentified man, described as introverted and thought to be autistic, was left with little to care about and developed depression.

He was only diagnosed after his first suicide attempt, which took place on his 52nd birthday.

He made plans for his own death ahead of his 60th birthday, writing out a note that was found by his son, a college student.

The man, who was being cared for at the National Cheng Kung University Hospital, told medics: ‘I want to die on my birthday no matter what.’

The man was cared for, given cognitive behavioural therapy, drugs and took part in music and move ‘appreciation sessions’.

He ‘dropped to rock bottom’ on his actual birthday, the team said. ‘That day, he laid curled up in his bed shivering, refusing to meet or talk to anyone.’

But the next day his ‘entire demeanor improved’.

He even thanked staff for ‘retrieving him from the doors of death’, according to lead author Chih-Yu Chang and team.

The concept of birthday blues is controversial. Some studies have written it off as a ‘myth’.

Advice websites online insist the mental state is very common, however, and can be down to a fear of getting old.

Dr Chang and colleagues said it might serve as ‘reminders of mortality’ and ‘prompt individuals to reflect on their lifetime of failures’.

This was a particular case for the man in question.

In his culture, turning 60 holds cultural significance and symbolises ‘completeness’, they wrote.

However, ‘any date that has personal or social significance’ might be a risk factor.

Autistic-like traits are another potential contributor to the feeling of birthday blues, Dr Chang’s team said.

The cognitive ‘inflexibility’, a hallmark trait of being on the spectrum, can increase the tendency for suicidal ideas ‘due to greater brooding rumination’.

More studies are needed on the topic, the team said.

It is not clear when the man’s birthday was.

While it is normal to feel down from time to time, people with depression may feel persistently unhappy for weeks or months on end.

Depression can affect anyone at any age and is fairly common – approximately one in ten people are likely to experience it at some point in their life.

Depression is a genuine health condition which people cannot just ignore or ‘snap out of it’.

Symptoms and effects vary, but can include constantly feeling upset or hopeless, or losing interest in things you used to enjoy.

It can also cause physical symptoms such as problems sleeping, tiredness, having a low appetite or sex drive, and even feeling physical pain.

In extreme cases it can lead to suicidal thoughts.

Traumatic events can trigger it, and people with a family history may be more at risk.

It is important to see a doctor if you think you or someone you know has depression, as it can be managed with lifestyle changes, therapy or medication.