In a recent study published in Human Nutrition & Metabolism, researchers assess the impact of the Mediterranean diet compared to a low-fat diet (LF-Diet) on metabolic syndromes (MetS) outcomes. 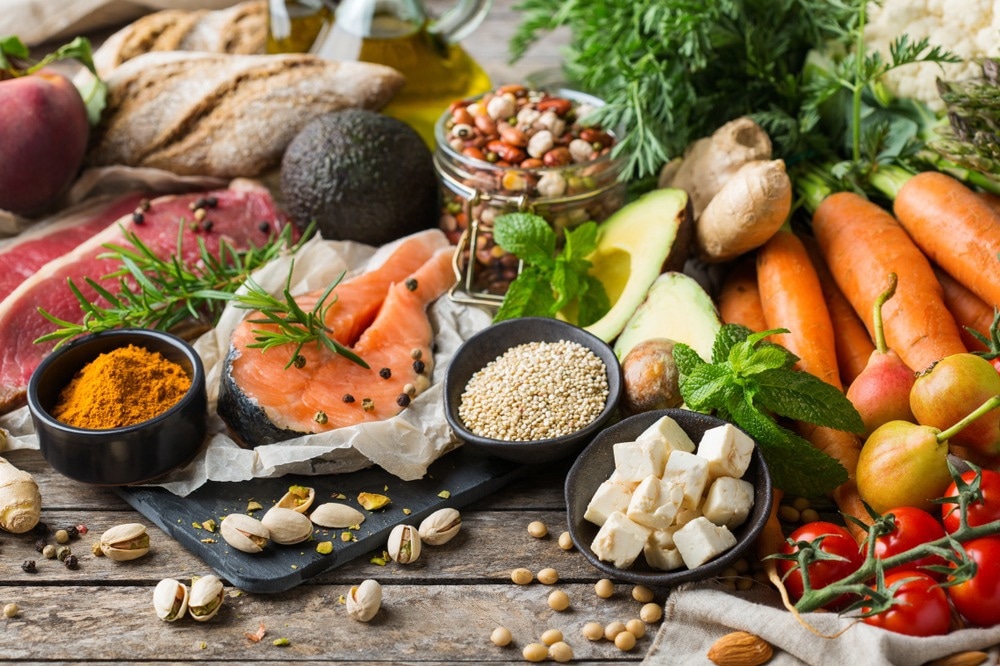 How are metabolic syndromes treated?

MetS are diagnosed when any three of the five conditions are present: hypertension, high triglycerides, high blood sugar, visceral obesity, and low high-density lipoprotein (HDL) cholesterol. MetS are often treated with a combination of nonpharmacologic and pharmacologic interventions.

For the treatment of specific MetS disorders, current pharmacologic treatments are well-established. However, nonpharmacologic interventions lack uniformity and structure, despite their vital significance in MetS therapy and comorbidity prevention. Despite this, numerous studies have cited the Mediterranean diet as a viable dietary intervention for enhancing cardiovascular and metabolic health.

In the present study, researchers assess the efficacy of the Mediterranean diet and LF-Diet on metabolic aspects in non-Mediterranean populations who have or are at risk of developing MetS.

Criteria for inclusion into the study required that the study participants were non-pregnant individuals aged over 18 years from a non-Mediterranean country who had a MetS pre-diagnosis, had comorbidities or MetS co-conditions, or were at risk of developing MetS. Furthermore, the intervention promoted the Mediterranean diet through different modes of delivery, and the comparison diet was either a standard, regional, or usual diet or an LF-Diet.

On all analyses, irrespective of whether a trial employed assignment or compliance to the intervention, an intention-to-treat (ITT) assessment was conducted. Observations were noted before and after the intervention.

The search generated a total of 1,143 references that were ultimately reduced to 778 when duplications were removed. After exclusions, 116 articles remained for full-text screening. After the full-text screening, ten published randomized controlled trials (RCTs) and two continuing studies satisfied the criteria for eligibility.

The pooled effect estimations of the other two MetS outcomes indicate that the Mediterranean diet led to a more significant decline in systolic BP (SBP) and total cholesterol (T-C) than the control diet. However, the evidence for both outcomes was considered low quality, and the researchers expressed considerable doubt about the accuracy of these estimates.

There was no observed variation for WC; however, high heterogeneity for eight MetS outcomes, including BW, BG, DBP, HDL-C, LDL-C, SBP, T-C, and TG, was observed. In addition, the Mediterranean diet had a greater influence on T-C when therapy lasted six months or more than when treatment lasted less than six months. At the same time, the analysis of subgroup differences yielded an insignificant result.

When treatment lasted less than six months, HDL-C significantly increased, while SBP was slightly reduced. According to the interaction analysis, neither outcome affected HDL-C differently.

Analysis of subgroups demonstrated that sample size might have variable impacts. For example, SBP and T-C declined considerably when there were 60 randomized participants in a study sample; however, the interaction tests were insignificant.

In randomized studies with less than 60 individuals, HDL-C increased dramatically. When neither group received dietary supplements, SBP, DBP, and T-C were reduced; however, LDL-C decreased only in the Mediterranean diet cohort and not in the comparison group.

There was no discernible difference between the supplement groups. However, when physical activity (PA) and caloric deficit (CD) were incorporated into the Mediterranean diet intervention, SBP and BG decreased to a greater extent.

BG significantly increased when the Mediterranean diet was provided without CD or PA in contrast to the LF-Diet. Subgroup difference tests revealed that CD and PA had distinct effects on BG. However, there was a greater decline in T-C and LDL-C when neither CD nor PA was added to the Mediterranean diet.

Overall, the study findings cast doubt on the adaptability of the Mediterranean diet. Nevertheless, the conclusions lack precision because of the limited amount of data collected for each endpoint.

Due to the financial burden associated with MetS and comorbidities and the rising demand for pharmacotherapies, further trials should investigate the Mediterranean diet to prevent and manage MetS and improve health care procedures and delivery.

Bhavana Kunkalikar is a medical writer based in Goa, India. Her academic background is in Pharmaceutical sciences and she holds a Bachelor's degree in Pharmacy. Her educational background allowed her to foster an interest in anatomical and physiological sciences. Her college project work based on ‘The manifestations and causes of sickle cell anemia’ formed the stepping stone to a life-long fascination with human pathophysiology.