The immune response to severe acute respiratory syndrome coronavirus 2 (SARS-CoV-2) is complex and variable by disease severity, and the immunopathology of severe COVID-19 has been well studied since the inception of the pandemic.

A broad spectrum of abnormal and dysregulated immune responses have been observed amongst the moderately to critically ill. However, it is unclear whether similar variability exists in the asymptomatic or mildly ill.

In a research paper recently uploaded to the medRxiv* preprint server by Capelle et al. (September 2nd, 2021), the immune response of mild and hospitalized COVID-19 patients is compared, finding that early T-cell response is a vital indicator of SARS-CoV-2 disease severity. 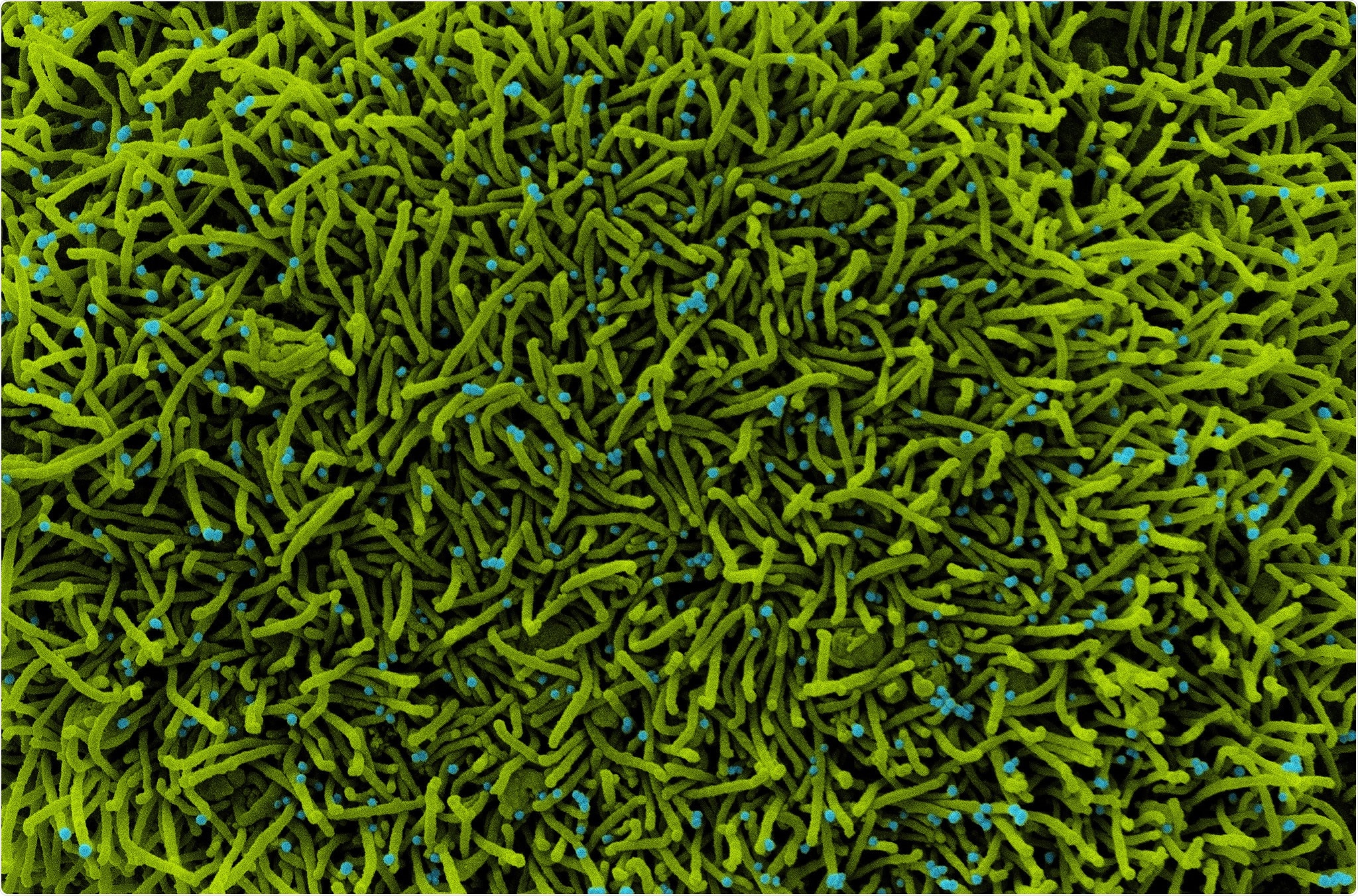 How was the study performed?

The group assembled 14 and 63 individuals with asymptomatic or mild COVID-19, respectively, 15 hospitalized patients, and 26 healthy individuals, with blood collected firstly within three days of PCR diagnosis and a second time three weeks later.

Cytokine and chemokine levels were determined by enzyme-linked immunosorbent assay, in addition to neutralizing antibody and IgG against SARS-CoV-2 titers. Four hundred eighty-four immune cell signatures within the samples were stained and counted by flow cytometry, allowing the group to assess the sample's frequency and type of immune cell.

In agreement with other reports, the group noted a dramatic difference in whole blood count analysis between those with mild or asymptomatic COVID-19 compared to the hospitalized, which expressed decreased lymphocyte and red blood cell numbers, with elevated C-reactive protein, white blood cell, and platelet levels.

In blood collected on day 1, only around 45% of the former exhibited somewhat enhanced antibody titers against SARS-CoV-2, while 93% of the hospitalized showed significantly enhanced titers against the spike protein specifically.

In addition to targeting SARS-CoV-2, antibodies may be deployed by the immune system that targets the ACE2 receptor in an effort to block entry of the virus into a host cell, and an increase in the titer of these antibodies was found amongst hospitalized COVID-19 patients only.

The cellular immune profile of asymptomatic patients was found to be very similar to healthy controls, with the only significant difference being a decrease in the frequency of inducible T-cell costimulator bearing CD8 T-cells.

Differences in the frequency of several CD8 T-cell subsets were found between those with mild COVID-19 and healthy controls, including Ki67+ and CD38+, which indicate active and proliferating antigen-specific CD8 T-cells.

The fraction of Th1-responsive CD4 T-cells was enhanced in mild patients from the earliest time-point, and the frequency of antigen-presenting and secreting cells was greater.

The frequency of CD38+ CD8 T-cells and mature dendritic cells at day was strongly correlated with high titers of anti-SARS-CoV-2 antibodies targeting the nucleocapsid in mild patients. At the same time, this trend was not found to be true for hospitalized COVID-19 patients.

While the cellular immune response of the hospitalized is compromised, the group found a robust class-switched memory B-cell response amongst this group compared to the mildly symptomatic, and given the strong antibody response also observed, the group concluded that antibody-secreting cells are not impaired in the very early stages of SARS-CoV-2 infection even in the hospitalized. 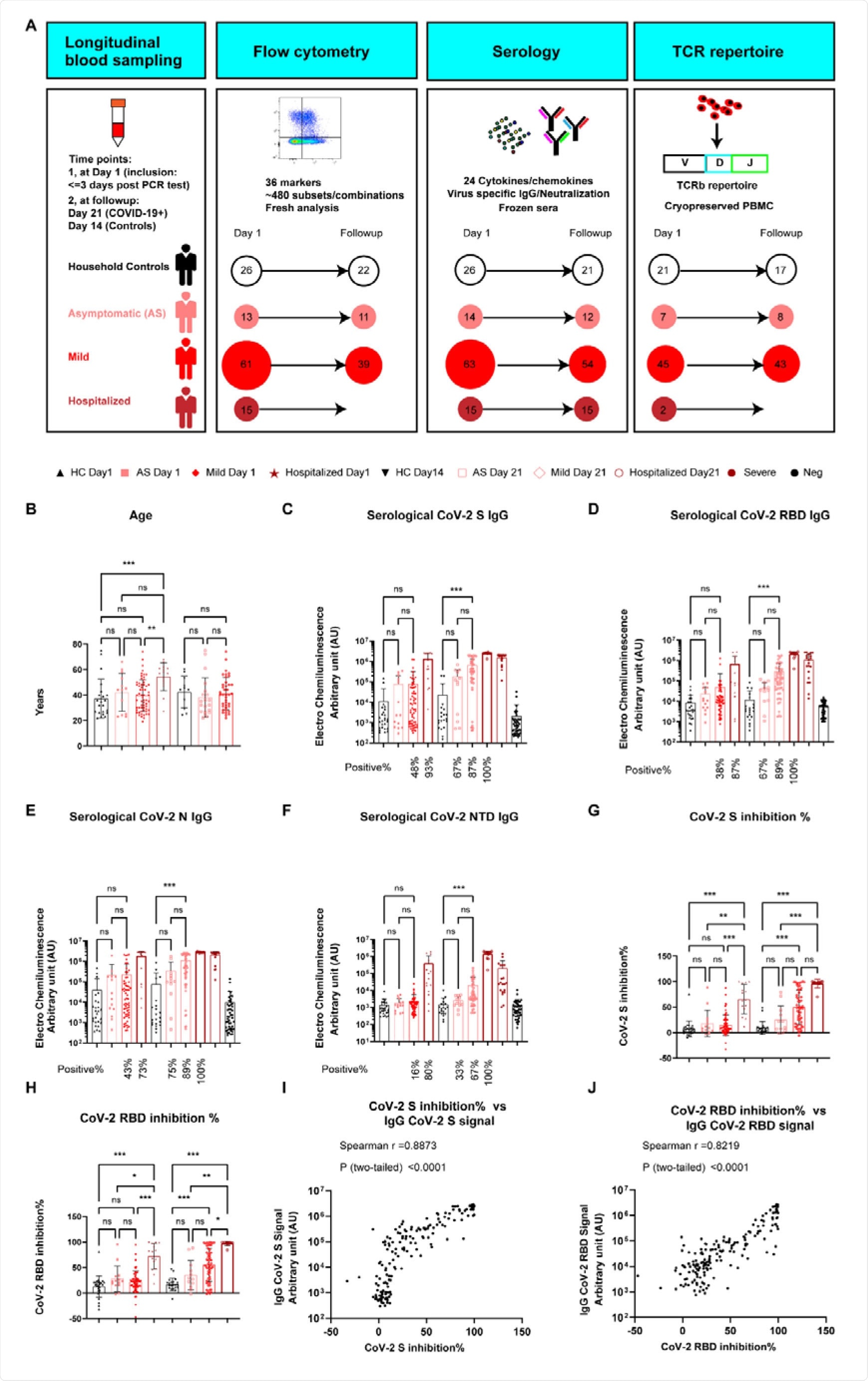 As in the mild group, CD8 T-cells were enhanced in the hospitalized. The group suggests that the later major deficiencies observed are the result of impaired dendritic and natural killer cells.

An increase in many inflammation-related chemokines and cytokines was observed amongst both mild and hospitalized patients, such as interleukin-6, interleukin-10, interferon-gamma inducible protein 10 (IP10), and type 1 interferon, all of which spiked and settled to normal levels in the mild group, while levels remained high in the hospitalized, indicating the magnitude to which the immune response has been dysregulated.

No significant change in the levels of these cytokines was observed in the asymptomatic compared to the control group.

The group suggests that the initial strong IP10 response in the mildly ill may play a role in limiting and resolving the inflammatory response, which is impaired in the more severely ill and results in the commonly reported cytokine storm.

The group draws parallels between the observed spike in CD38+ CD8 T-cells and mature dendritic cells in the mildly ill at early time points to that observed in SARS-CoV-2 naïve individuals receiving the first dose of the COVID-19 vaccine.

Michael graduated from Manchester Metropolitan University with a B.Sc. in Chemistry in 2014, where he majored in organic, inorganic, physical and analytical chemistry. He is currently completing a Ph.D. on the design and production of gold nanoparticles able to act as multimodal anticancer agents, being both drug delivery platforms and radiation dose enhancers.