Your Fitbit might be doing a relatively good job of tracking your hours of sleep, but researchers warn its shortcomings can create more anxiety for those who struggle to rest.

Two small studies conducted by Monash University, published in the Journal of Sleep Research this week, found a Fitbit is comparable at measuring sleep time to clinical devices. However, when measuring the quality of a person's sleep, wearable devices recorded the person as having a more shallow sleep than they actually obtained. 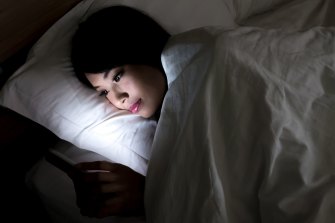 In one study, researchers collected sleep data from 25 people with insomnia using both the Fitbit Alta HR (a Fitbit with heart monitor, which retails for $129.95) and a research-grade actigraph (a wearable device used by medical professionals in diagnosing sleep disorders) over two weeks.

The second study, conducted on one night, saw 42 individuals with insomnia have their sleep measured by the wearable devices as well as polysomnography, a lab study involving a number of sleep indicators including brain activity, eye movement, muscle activity and heart rhythm.

Researchers concluded the Fitbit was equivalent to the actigraph in almost every way. Yet, when compared with polysomnography, the Fitbit was largely underestimating deep and REM sleep, missing roughly half of the former and a third of the latter. It also overestimated light sleep.

The Fitbit recorded an average of 50 minutes more total sleep than polysomnography, a figure in line with previous studies.

"The short answer is, yes, the Fitbit seems to do a good job of measuring when you are asleep."

However, Professor Drummond said its inaccuracy in measuring sleep stages was concerning, given the more expensive heart-rate monitor feature is promoted by Fitbit as providing sleep stage data and the psychological effects of a poor perception of sleep.

The Fitbit was largely underestimating deep and REM sleep, missing roughly half of the former and a third of the latter.

The wearable devices were also less accurate for people with serious sleep problems: in instances of extreme insomnia – where a person took a very long time to fall asleep or spent more than two hours awake later in the night – it could mistake the wearer for being asleep when they were just lying still.

Dr Sutapa Mukherjee, clinical chair of the Australasian Sleep Association, said it was very common for patients to seek professional sleep treatment after tracking their sleep at home.

"People will come in and say, 'I'm coming to see you because my Fitbit or Apple Watch is saying I'm not sleeping all night or moving all night," she said, adding these devices can be particularly helpful for people who do not have bed partners who can alert them to abnormal behaviour.

She welcomed these studies as well as future studies which compare the effectiveness of wearables with "gold standard" polysomnography.

"This study has shown there is a role for these devices, but right now they cannot be the 'be all and end all'," she said.

As data-driven wearable devices become ubiquitous, more researchers are questioning whether consumers can rely on them to measure health outcomes.

A 2018 Canadian meta-analysis of 67 studies found the Fitbit was inaccurate when measuring steps outside a normal pace, particularly faster movement. Other researchers have questioned whether the Fitbit’s heart rate monitor works as well on people of colour, as it relies on green light rather than infrared light, which can have less accurate readings on skin with higher melanin levels.

Ultimately, Professor Drummond said the subjective nature of insomnia ("it is based on the person's perception, similar to something like depression") means a person should seek medical advice if they are concerned, regardless of what a device tells them.

"You shouldn't listen to a watch, you should listen to your body."