Light brown skin speckles on Oklahoma girl, 4, turn out to be a warning sign of a brain tumor

When Charlie Thomas was born in October 2014, her parents, Casey and Billie, knew something wasn’t right.

The little girl, from Moore, Oklahoma, had light-brown speckles, known as café au lait spots, all over her arms and legs.

But her parents weren’t convinced that they were birth marks and spent years chasing doctors for second opinions and taking Charlie for more tests, reported News 4.

Their suspicions could never have prepared them for the diagnosis: neurofibromatosis, which causes large tumors to grow on nerve tissues, including one in her brain.

Charlie, now four, is undergoing chemotherapy in the hopes of shrinking the tumors before they potentially rob her of her eyesight and mobility. 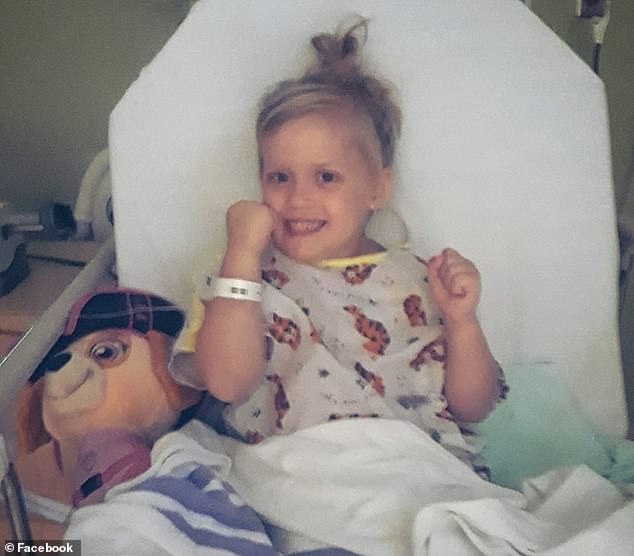 Charlie Thomas, four (pictured), from Moore, Oklahoma, was born with light-brown spots all over her body 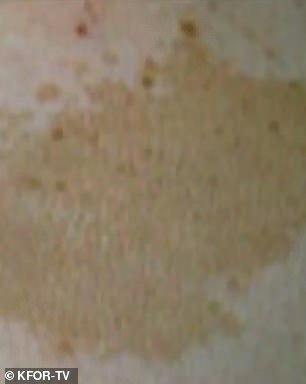 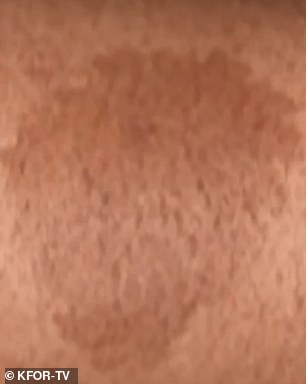 Her parents were told the ‘café au lait spots’ (left and right) birth marks, but weren’t convinced and pursued further tests. Charlie underwent an MRI, which showed tumors on her optic nerves and brain stem

Neurofibromatosis is a rare, genetic disease that causes tumors to form on nerve tissue.

The tumors are usually benign, but some can be cancerous – and it’s believed that Charlie’s are cancerous.

It is caused by mutations in the NF1 gene, which provides instructions for making a protein called neurofibromin that suppresses tumors and helps cells grow and divide normally.

Café au lait spots are often a strong indication of neurofibromatosis and they usually are present at birth or during the first years of life.

The disorder occurs in about one in 3,000 to 4,000 people worldwide, according to the National Institutes of Health.

There is no cure, but doctors can monitor the tumors and surgically remove them, if possible.

For months, Billie took her daughter to see a number of specialists and ordered a battery of tests.

Finally, there were referred to the Jimmy Everest Center for Cancer and Blood Disorders in Children in Oklahoma City, where Charlie underwent an MRI.

Scans showed that she had tumors on both optic nerves, which sends visual information from the retina to the brain, and one on her brain stem. 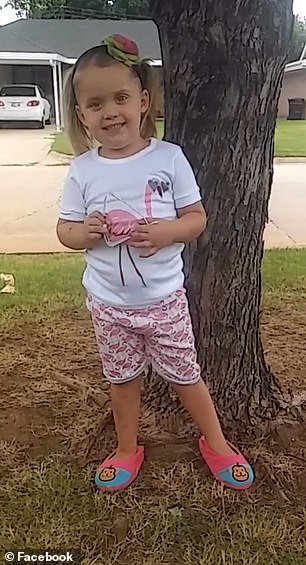 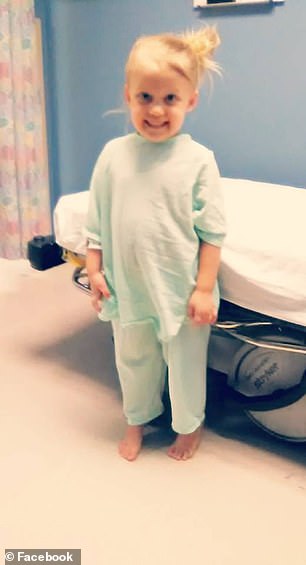 Charlie (left and right) was diagnosed with neurofibromatosis, which causes large tumors to form on nerve tissue. She underwent surgery in July 2018 to remove a great deal of her tumors 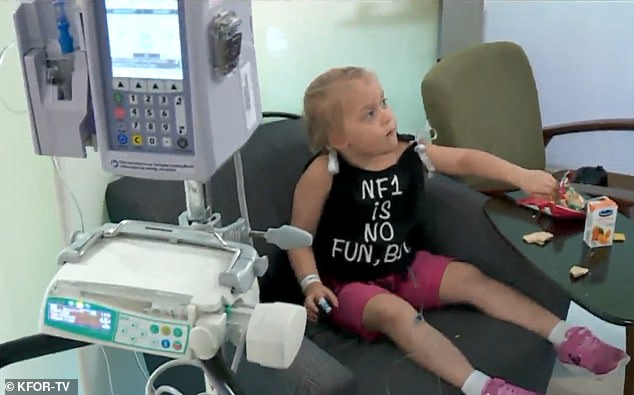 Currently, Charlie (pictured) is undergoing chemotherapy and her brain tumor appears to be shrinking

In July 2018, Charlie underwent surgery to remove large parts of her tumors and is now undergoing chemotherapy.

Her mother said she looks for ways to entertain her daughter during the clinic visits.

‘She gets poked and hooked up to chemo, and then it’s just as if nothing ever happened,’ Billie told News 4.

Doctors can’t predict if new tumors will appears but, as of April, Charlie’s tumors have begun shrinking.

‘Right now we’re at stable,’ said Billie. ‘We don’t know how long she’ll do chemo, but she’s killing it regardless. She’s amazing.’