Heart attacks are serious medical emergencies that require immediate attention from a doctor. You could be at risk of a deadly heart attack – or myocardial infarction – if you find that your gums are bleeding without any obvious reason, it’s been revealed.

Heart attacks are caused by a lack of blood reaching the heart.

Without enough blood, the heart could become seriously damaged – and it may even be life-threatening.

A heart attack could also be a symptom of coronary heart disease, which is where fatty deposits build up in the arteries, which limits the amount of blood reaching the heart.

You may be at risk of a heart attack if your gums are constantly bleeding, it’s been revealed. 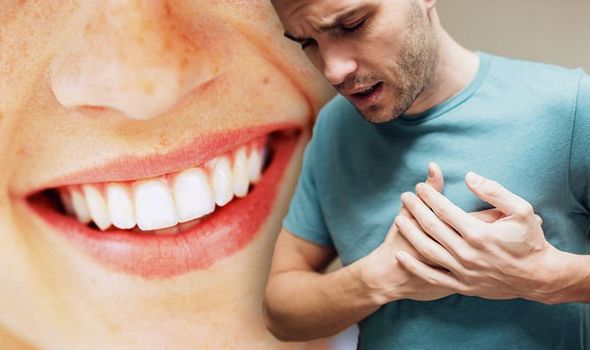 Bleeding gums may increase your risk of heart disease, scientists have claimed.

If you have gum disease, bacteria can enter into the bloodstream, and may attach to fatty deposits in the heart’s blood vessels.

“If your gums bleed, it’s important to get it under control,” warned medical website WebMD.

“Though it might be due to a simple reason, like using a toothbrush that’s too hard, there’s more to it than that sometimes.

“If you have gum disease, your gums may become inflamed and bleed.

“As inflammation builds up in your blood, it can make other health conditions worse. Some studies suggest that people with gum disease are more likely to have heart disease or diabetes.” 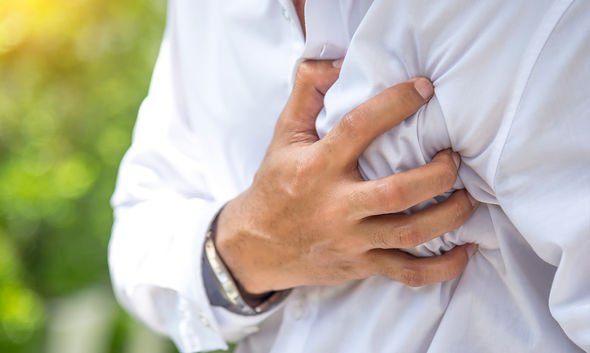 But, just because you have gum disease, it doesn’t necessarily mean that you’re going to have a heart attack.

Gum disease is a very common condition, and most people have the condition to some degree.

The condition is caused by a build-up of plaque on the teeth, which provides a perfect living space for bacteria.

While some of this bacteria is perfectly harmless, some of it can cause damage to your gums.

But you can lower your risk of a heart attack by making some small diet or lifestyle changes.

Eating a healthy, balanced diet will lower your chances of fatty deposits in your arteries.

If you think you, or someone you know, may be having a heart attack, it’s crucial that you dial 999 straight away.