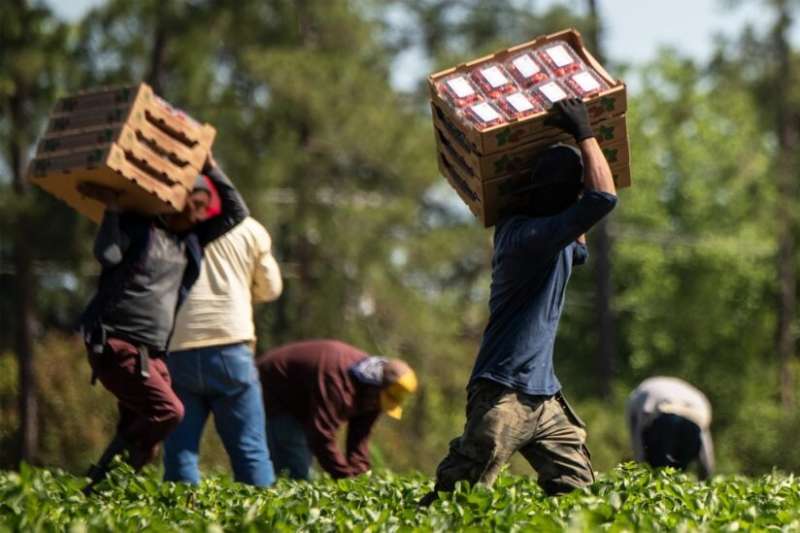 Hispanic immigrants of working age—20 to 54 years old—are over 11 times more likely to die of COVID-19 than U.S.-born men and women who are not Hispanic, according to a USC study of California death certificate data from 2020.

The study, published Monday in the Annals of Epidemiology, highlights California’s urgent need to bring vaccinations, treatments and other interventions to a demographic that comprises the backbone of the state’s agricultural and service industries. Unions and advocacy groups are racing to convince immigrants, both documented and undocumented, to get vaccines, Politico reports.

“We’ve known since early on that people of color are more likely to die of COVID. The CDC says that Hispanics, overall, are 2.3 times more likely to die than non-Hispanics,” said Erika Garcia, an assistant professor of preventive medicine at the Keck School of Medicine of USC and the study’s first author. “Yet when we looked at this specific, working-age group, we were astonished to see much higher disparities.”

When the researchers looked at young, foreign-born Hispanic individuals, they found COVID deaths as a proportion of the typical total deaths was 11.6 times higher than that of young, U.S.-born, non-Hispanic individuals. The disparities persisted, even after accounting for education level, which served as a proxy for socioeconomic status in the study.

Examining death certificates, researchers identified 10,200 COVID-19 deaths in California occurring between February and July 2020. Death certificate data, rather than hospital system or insurance company data, allowed the researchers to capture COVID deaths among historically marginalized groups, including immigrants, who might be underrepresented in health care or insurance systems.

Overall, those who died were primarily age 65 or above, male, Hispanic, foreign-born and had an education level of high school or below. When the researchers drilled deeper into the data, they found disparities were larger among younger-aged Asian/Pacific Islanders, Blacks, Hispanics and whites.

“While they are experiencing lower COVID-19 mortality overall, younger populations should not be left out of public health interventions,” Garcia said. “There are complex risk structures that differ not only between groups but also within a group, which need to be considered in public health guidelines and policies.