Skip to content
HomeHealth NewsHow oral health may affect your heart, brain and risk of death 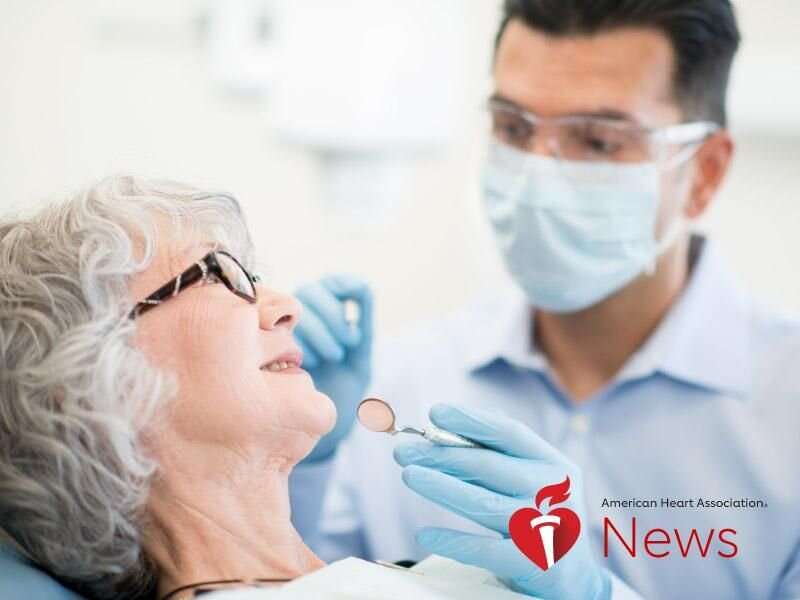 Dental cavities could significantly increase the risk of a life-threatening stroke from bleeding in the brain, according to new research.

Past studies have shown a link between gum infection and stroke, but few studies have looked into what role dental cavities might play. In the new study, researchers looked specifically at cavities and intracerebral stroke, which occur when an artery in the brain bursts and floods surrounding tissue with blood.

Researchers looked at data from 6,506 people without stroke, and then followed them for 30 years. For the first 15 years, those who developed cavities had a slightly higher risk for stroke from brain bleed, but their risk shot up dramatically in the next 15 years.

In the second half of the study period, people with cavities had 4.5 times higher risk of a stroke from brain bleed than those without cavities, after adjusting for age, gender, race and high blood pressure.

Dr. Souvik Sen, co-author of the study, said it was one of the first times cavities and intracerebral stroke had been studied in people. While brain bleeds, also called as intracerebral hemorrhages, account for only 10% to 20% of all strokes, they’re more deadly than the more common ischemic strokes, which occur when blood flow through an artery is blocked.

While doctors can manage the risk for ischemic stroke in several ways, options are limited for brain bleeds, he said.

“This study throws more light on how we can address and prevent this more devastating form of stroke,” said Sen, professor and chair of the department of neurology at University of South Carolina School of Medicine.

South Carolina medical student Elizabeth LaValley presented the research this week at the American Stroke Association’s virtual International Stroke Conference. It was one of two studies Sen and his colleagues offered for the conference on the topic of oral disease and stroke. The second study showed gum disease is associated with damage to the brain’s tiny blood vessels. Study findings are considered preliminary until published in a peer-reviewed journal.

Sen said gum disease can be caused by 20 to 30 different types of bacteria, but cavities are predominantly caused by one: Streptococcus mutans, which has been shown in animal studies to be linked with brain bleeds.

While Streptococcus mutans was the most likely “culprit” in the study’s results, Sen said, a limitation of the research is that it didn’t pinpoint the type of bacteria responsible for the dental cavities. He’s currently researching that question in another study, and he’d like to see future work done on whether antibiotics or other treatments for dental cavities that may lower the risk of intracerebral stroke.

Today, the only real preventive strategy for cavities is to seek dental care regularly, Sen said. “Maybe we need to start thinking about how we can treat people with Streptococcus mutans aggressively in the early stages.”

Dr. Robert P. Friedland, who has researched the link between oral bacteria and stroke, said the new study underscores the need for medical professionals to take the topic seriously.

“I’ve been disturbed that many stroke doctors don’t counsel patients about it. It’s just not something in their toolbox,” said Friedland, the Mason C. and Mary D. Rudd Endowed Chair and a professor of neurology at the University of Louisville School of Medicine. He was not involved in the current research.

Tags:Affect, and, brain, death, health, heart, how, may, of, oral, risk, your
Related Posts