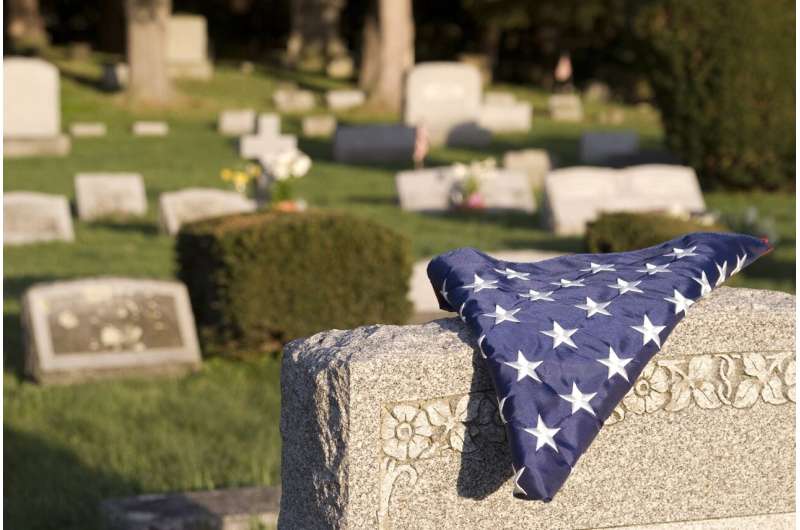 Suicide rates in the United States have surged over the past two decades, but the number of physicians, nurses, and other health care workers who can provide mental health care is getting smaller and smaller, leaving the majority of US counties unable to meet this need in their communities.

Now, a new study led by Boston University School of Public Health researchers has found that this shortage of mental health care may contribute to an increase in suicide-related events (SREs) among veterans, a population that is burdened by suicide at a greater rate than the general population.

The findings indicate that targeted efforts to expand the mental health workforce at the VA—and more broadly throughout the health care system—would likely reduce suicidality and improve health outcomes for veterans and other patients.

“This is an especially important finding, because policymakers are actively looking for ways to reduce suicidality,” says study corresponding author Kiersten Strombotne, assistant professor of health law, policy & management (HLPM) at BUSPH, and an investigator at the VA Boston Healthcare’s Partnered Evidence-Based Policy Resource Center (PEPReC). “There are of course many individual-level and socio-economic predictors of suicide, but what factors can be easily changed by policymakers within a system of care? Our results suggest that increasing staffing is a clear, effective option.”

The new findings fill gaps in previous studies on mental health staffing and health outcomes, which have used incomplete measures of staffing and have not accounted for multiple factors that may influence outcomes. This study is the first comprehensive measurement of provider staffing levels that uses a quasi-experimental method to explore effects on SREs.

For the study, Strombotne and colleagues analyzed health and administrative data from 125 VHA facilities, the US Department of Defense, and Centers for Medicare & Medicaid, providing information on more than 100,000 veterans who had recently completed active service between 2014-2018. They controlled for individual, facility, and county-level characteristics that may have influenced patient outcomes—such as veterans’ year of separation from service, previous use of mental health services, insurance coverage, income, VHA facility size, and average veteran health status per facility—as well as several other factors that may have biased the results or indicated a reverse causal effect.

The results showed that, from 2014-2018, the probability of an SRE per pay period was 0.05 percent, and a one percent increase in mental health staffing reduced SREs by 1.6 percentage points.

“It’s worth noting that the VHA is relatively well-staffed with mental health providers already. Other systems and areas with less staff might see even bigger payoffs,” says study lead author Yevgeniy Feyman, a Ph.D. candidate in Health Services Research at BUSPH and a data analyst at the VHA.

This study lends important implications for the VHA, other US health facilities, and for policymaking, the researchers say. Increasing mental health providers within other health systems facing similar staffing limitations would likely improve patients’ health outcomes.