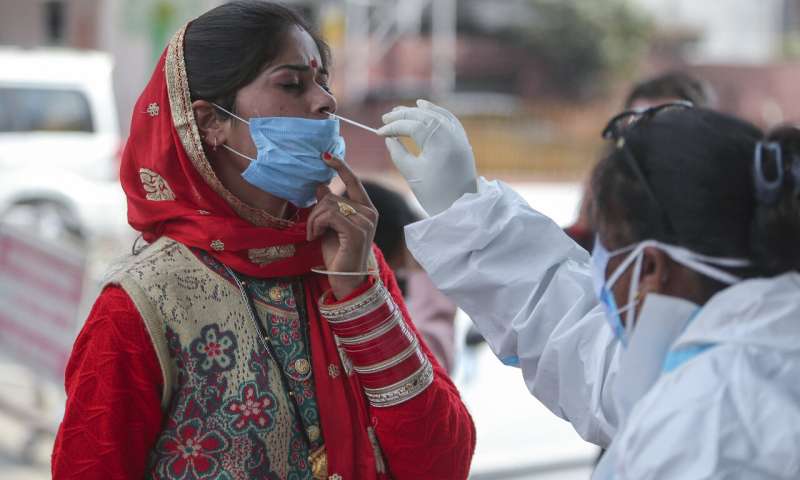 India’s health ministry announced Tuesday that some COVID-19 vaccines are likely to receive licenses in the next few weeks and outlined an initial plan to immunize 300 million people.

Health officials said three vaccine companies have applied for early approval for emergency use in India: Serum Institute of India, which has been licensed to manufacture the AstraZeneca vaccine, Pfizer Inc., and Indian manufacturer Bharat Biotech.

“Some of them may get licensed in the next few weeks,” federal health secretary Rajesh Bhushan said.

India says its initial immunization plan revolves around three priority groups: 10 million healthcare workers, 20 million front-line workers such as the police and military, and 270 million other people either above age 50 or who have diseases that make them more vulnerable to COVID-19’s effects.

The health ministry has previously set a target of August 2021 for immunizing these people.

Bhushan said India would rely on its existing immunization programs, which are among the largest in the world. Every year, India immunizes 26 million infants and 30 million pregnant women with 300 million vaccine doses.

But there are challenges. Even before the pandemic, vaccine coverage for children in India was patchy. It is lowest among India’s indigenous communities, where only 56% of newborns are vaccinated.

Health officials also need to ensure that the emphasis on coronavirus vaccines doesn’t disrupt existing immunization programs. That means more people must be trained to administer vaccines. The immunization of adults will also require different medical personnel instead of pediatricians, and may face more resistance to the shots.

“My worry is that we’ve not seen adult immunization before,” said Dr. Gagandeep Kang, infectious diseases expert at Christian Medical College at Vellore in southern India.

Serum Institute of India, the world’s largest vaccine manufacturer, applied for an emergency use license for the Oxford University-AstraZeneca vaccine based on phase-three trials in India and other countries, health officials said at a news conference.

The Indian company Bharat Biotech applied for a license for its experimental inactivated virus vaccine without completing phase-three trials, they said. According to Indian rules for accelerated approval of vaccines, a company can be granted a license if regulators are “satisfied with the risk-benefit ratio,” said Balram Bharagava, head of the Indian Council of Medical Research.

Pfizer applied for permission to import its experimental mRNA vaccine for sale and distribution without clinical trials in India, the officials said. The company said in a statement that it would supply the vaccine “only through government contracts based on agreements with respective government authorities” after approval. Its vaccine needs to be stored at very cold temperatures, which India’s existing infrastructure is unlikely to be able to provide. ___