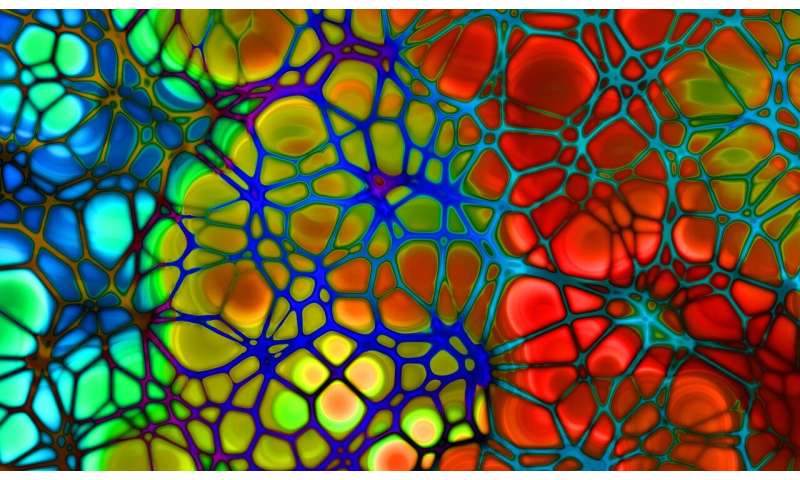 New research in mice finds that deficiency in one small component of a signaling pathway may protect against artery stiffening and subsequent kidney disease associated with a high-fat, high-sugar diet. The study is published in the American Journal of Physiology-Renal Physiology.

Consuming a western diet—typically high in fat and refined carbohydrates, including sugar—is associated with a stiffening of the arteries that is a hallmark of heart and kidney disease. Previous research has found that artery stiffening begins in the cells that line the blood vessels (endothelium) and that following a western diet accelerates this process.

Recent studies have also found that endothelial stiffening in the arteries of the kidney can occur alongside an increase in endothelial mineralocorticoid receptor (MR) signaling. MR is a protein that works with ENaC—an ion channel on the cell membranes that forms a pathway for sodium reabsorption in the kidneys—to regulate the body’s balance of salt and water. ENaC consists of three subunits that function as a whole to activate the channel. A lack of these subunits collectively has been found to reduce renal artery stiffening, but less is known about each individual subunit’s role in artery health.

The western diet group with intact ENaC developed stiffness in arteries leading to the heart and kidneys and impaired relaxation of the endothelium. “Importantly, these abnormalities were prevented in [alpha ENaC-deficient] mice, suggesting that [a lack of alpha ENaC] prevented both [western diet]-induced aortic and renal arterial endothelial cell stiffness and impaired endothelial-dependent relaxation,” the researchers wrote. These results “thereby [provide] a potential therapeutic strategy in the prevention of kidney disease.”