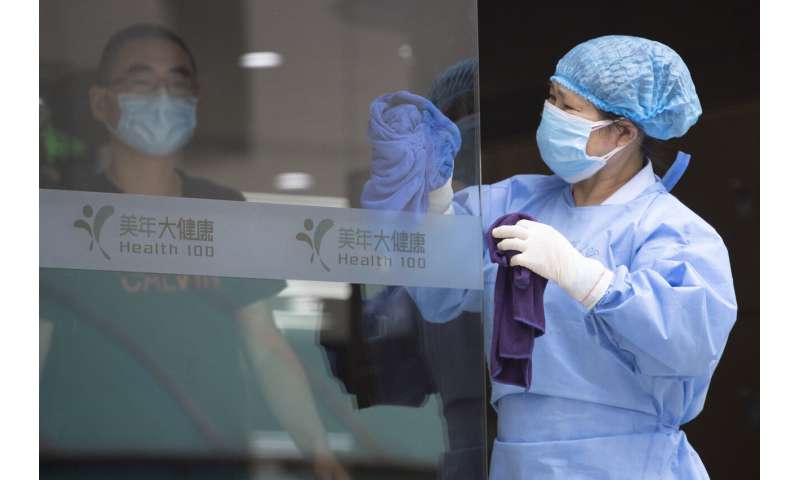 China raised its emergency warning to its second-highest level and canceled more than 60% of the flights to Beijing on Wednesday amid a new coronavirus outbreak in the capital. It was a sharp pullback for the nation that declared victory over COVID-19 in March and a message to the rest of the world about how tenacious the virus really is.

New infections spiked in India, Iran and U.S. states including Florida, Texas and Arizona as authorities struggled to balance restarting economic activity without accelerating the pandemic.

European nations, which embarked on a wide-scale reopening this week, looked on with trepidation as the Americas struggled to contain the first wave of the pandemic and Asian nations like China and South Korea reported new outbreaks.

Chinese officials described the situation in Beijing as “extremely grave.”

“This has truly rung an alarm bell for us,” Party Secretary Cai Qi told a meeting of Beijing’s Communist Party Standing Committee.

After a push that began June 14, the city expects to have tested 700,000 people by the end of the day, said Zhang Qiang, a Beijing party official. About half of them were workers from the city’s food markets, nearby residents and close contacts.

The party’s Global Times said 1,255 flights to and from the capital’s two major airports were scrapped by Wednesday morning, about two-thirds of those scheduled. 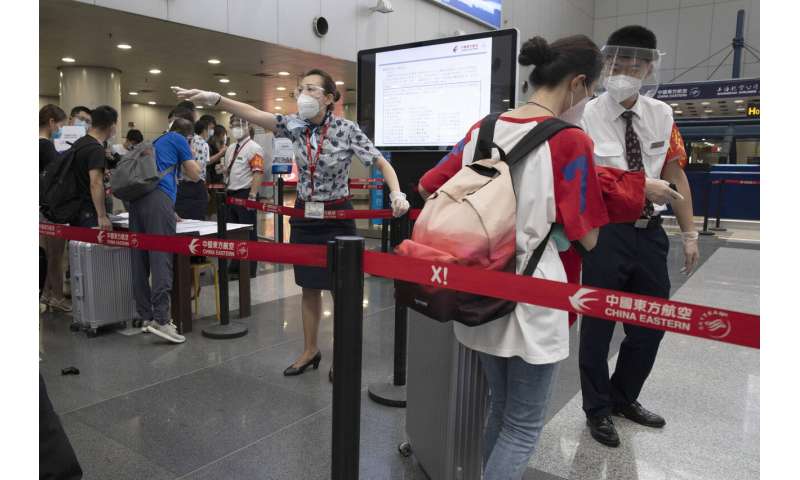 Since the virus emerged in China late last year and spread worldwide, there have been more than 8.1 million confirmed cases and at least 443,000 deaths, according to a tally kept by Johns Hopkins University. Experts say the true toll is much higher, due to the many who died without being tested and other factors.

The U.S. has the most infections and deaths in the world, with a toll that neared 117,000 on Wednesday, surpassing the number of Americans who died in World War I.

Arizona reported a daily high of nearly 2,400 new infections for a total of more than 39,000, while in Texas, Gov. Greg Abbott insisted the state’s health care system could handle the fast-rising number of new cases and hospitalizations. 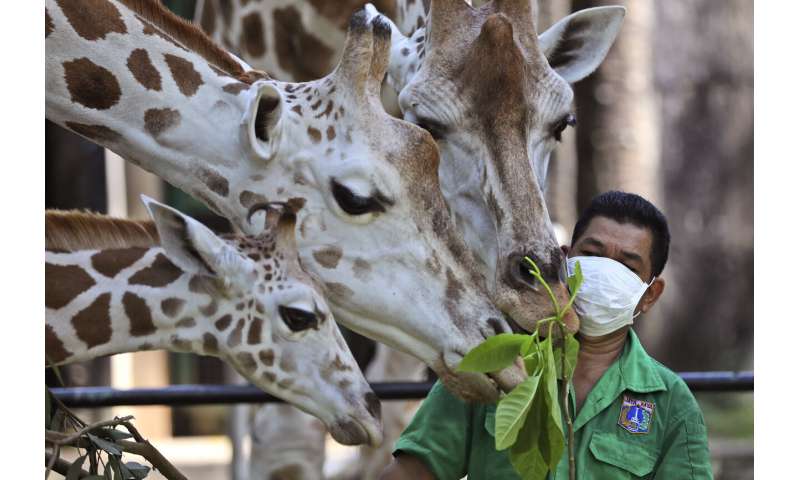 “It does raise concerns, but there is no reason right now to be alarmed,” Abbott said.

Texas began aggressively reopening its economy May 1. Abbott noted that Texans may have become lax in wearing masks or practicing social distancing and urged people to stay home as much as possible.

Canada and the U.S. extended to July 21 a deal to keep their border closed to nonessential travel, with many Canadians fearing cases arriving from the U.S.

As the U.S. struggles with the first wave of the virus, other countries where it was widely thought to be under control faced disturbing developments.

In South Korea, authorities reported 43 new cases amid increased public activity. Authorities said 25 of them came from around Seoul, where hundreds of infections have been linked to nightclubs, church gatherings, e-commerce workers and door-to-door salespeople. Twelve of the new cases came from international arrivals. 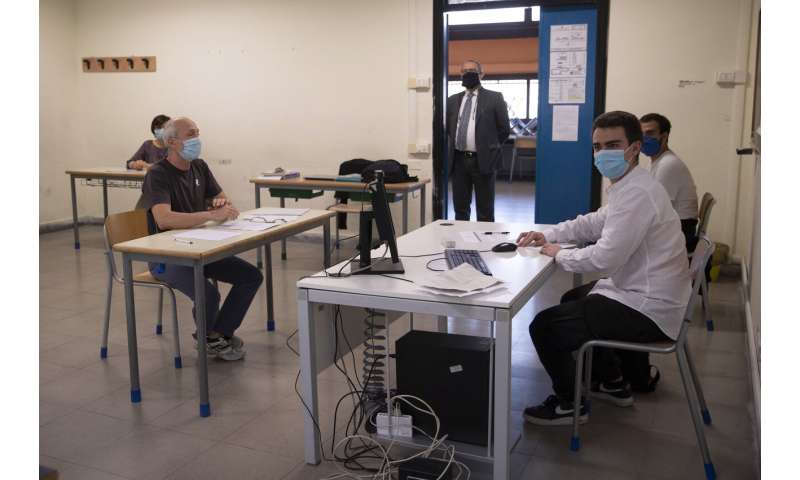 Not long after declaring itself virus-free, New Zealand saw a reemergence of the virus. Prime Minister Jacinda Ardern assigned a top military leader to oversee the border quarantines after what she described as an “unacceptable failure” by health officials.

Two New Zealand citizens who had returned from London to see a dying relative were allowed to leave quarantine before being tested. After the women tested positive, New Zealand began tracing their potential contacts to ensure the virus is contained.

Their cases raised the specter that international air travel could ignite a new surge of the virus just as countries seek to boost devastated tourism industries.

China also limited other travel around the capital, keying in on hot spots. Beijing had essentially eradicated local transmissions until recent days, with 137 new cases since last week. 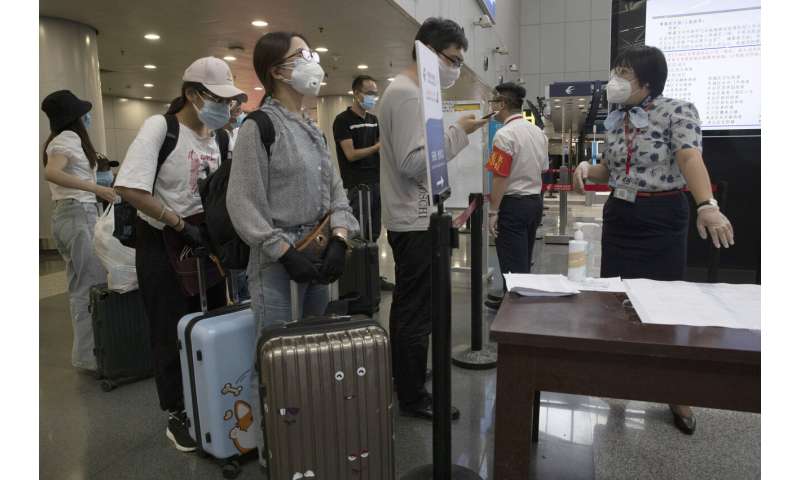 On Wednesday, the city of 20 million raised its threat level from 3 to 2, canceling classes, suspending reopenings and strengthening requirements for social distancing. China had relaxed many lockdown controls after the Communist Party declared victory over the virus in March.

India, with the fourth-highest caseload after the U.S., Brazil and Russia, added more than 2,000 deaths to its tally after Delhi and Maharashtra states included 1,672 previously unreported fatalities. Its death toll of 11,903 is now eighth-highest in the world. India has reported 10,000 new infections and more than 300 deaths each day for the last two weeks.

Iran’s latest outbreak comes after a major Muslim holiday last month and as travel and lockdown restrictions were relaxed. Health Minister Saeed Namaki said he realized the extent of the challenge when he took a domestic flight. 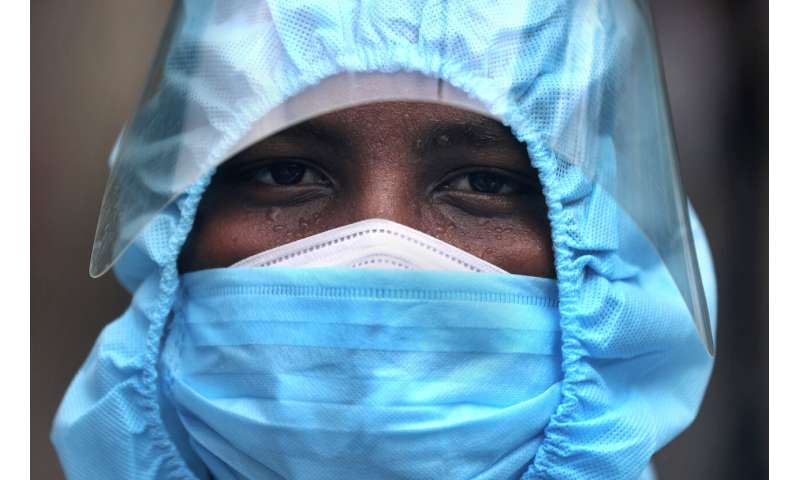 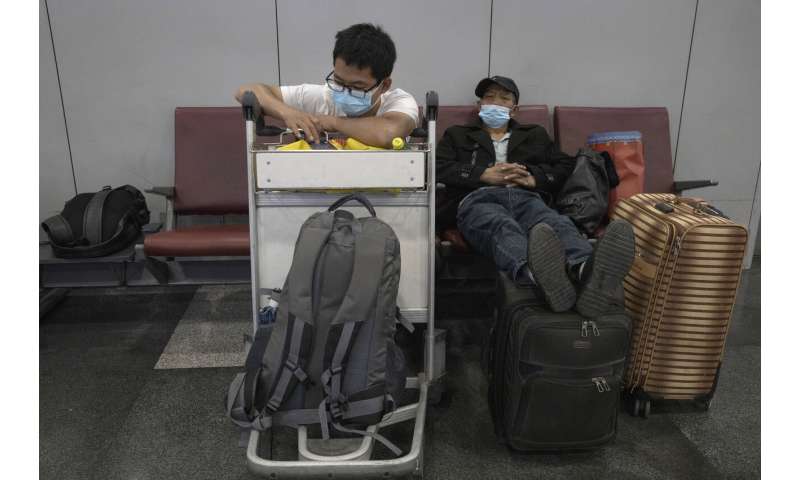 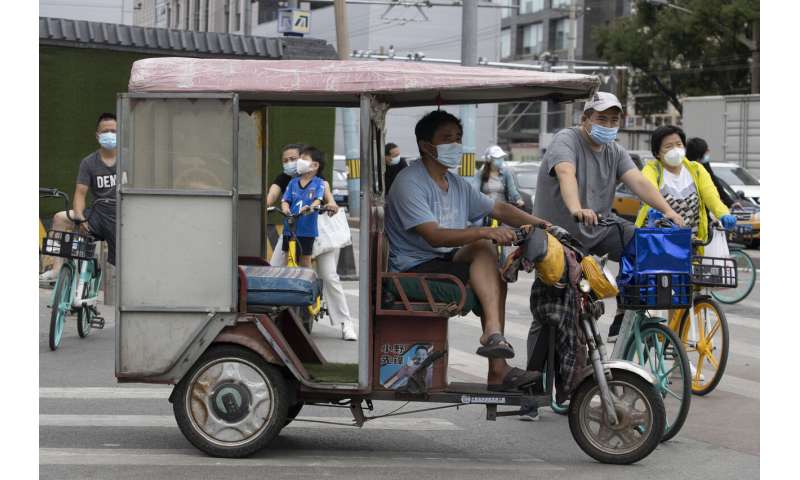 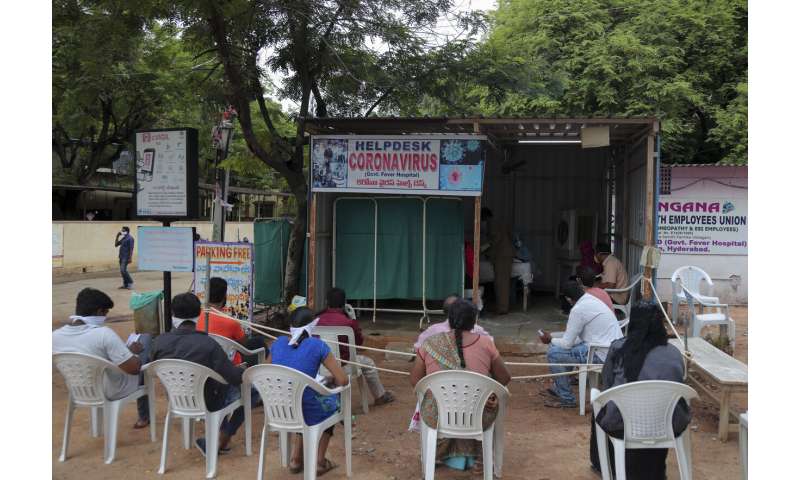 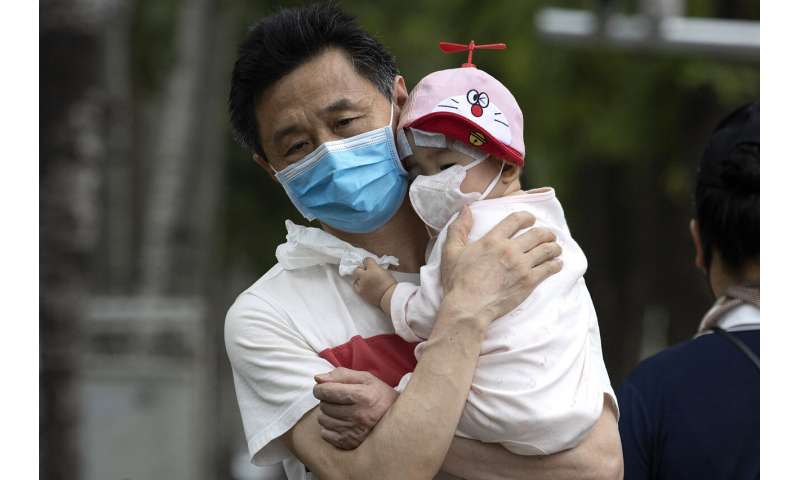 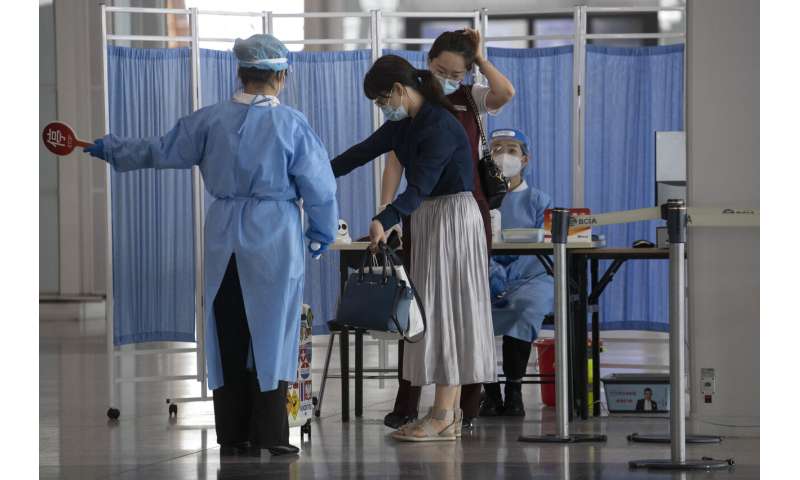 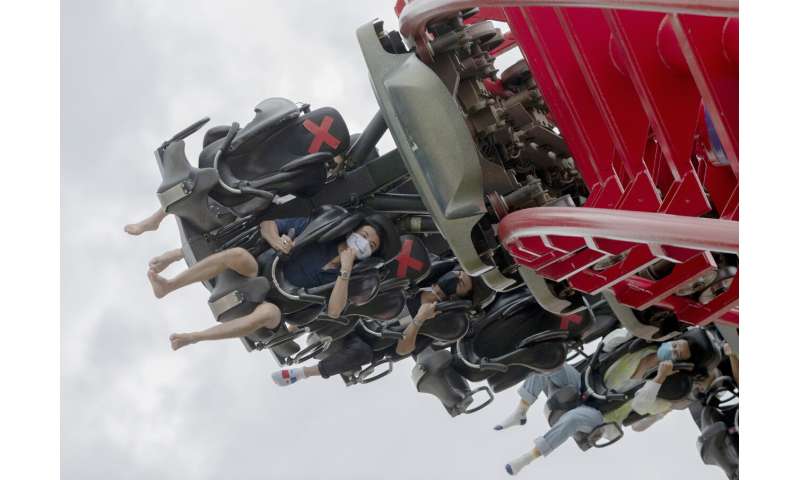 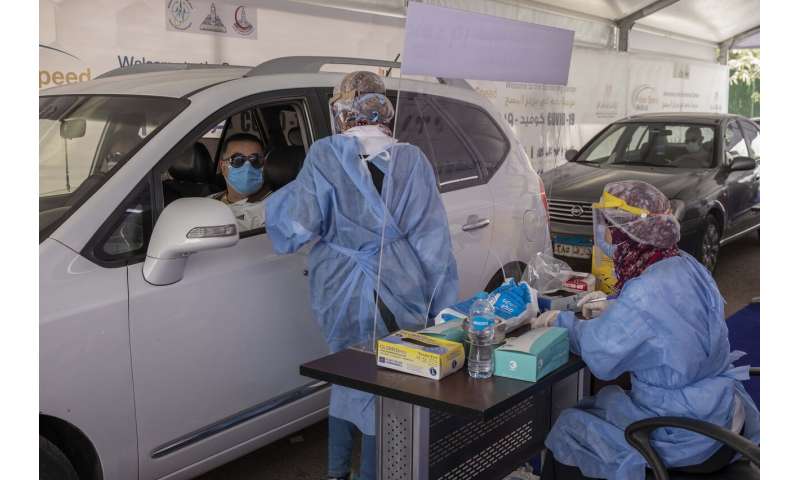 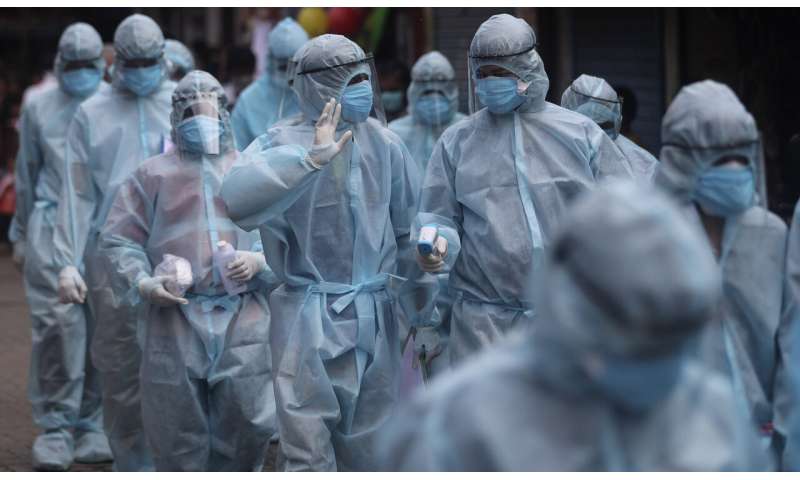 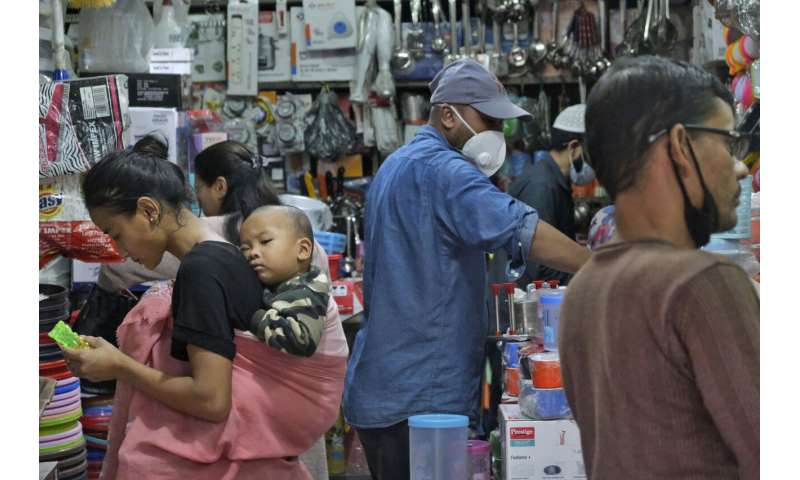 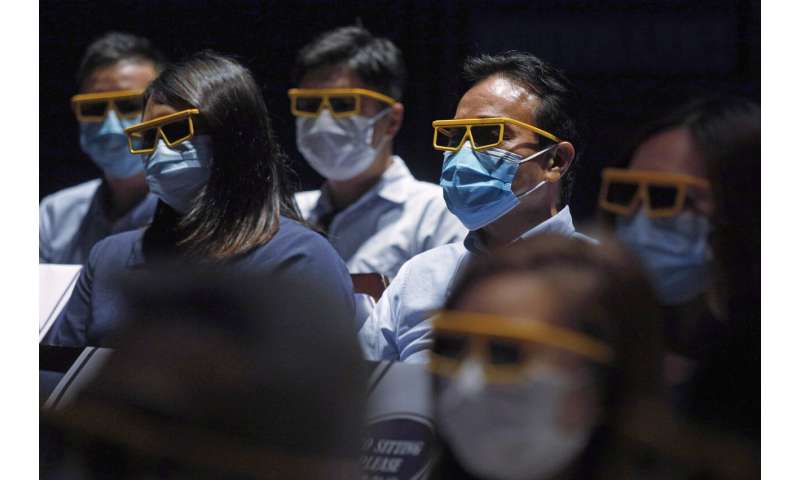 “Many people have become careless, frustrated with wearing masks,” he said. “They did not observe (social) distancing in the flight’s seating and the airliner’s ventilation system was not working.”

In Europe, which has seen over 184,000 virus-related deaths, Spanish Prime Minister Pedro Sánchez announced the country will hold a ceremony July 16 to honor its more than 27,000 dead.

German officials said over 400 people at a large meatpacking plant had tested positive for COVID-19, prompting authorities to order the closure of all schools and childcare centers in the western region of Guetersloh. The industry has seen several outbreaks in recent weeks, prompting the government to impose stricter safety rules.

Denmark’s health minister urged anyone who joined a large racial injustice protest on June 7 to be tested “whether you have symptoms or not” after one person in the crowd was found to be infected.