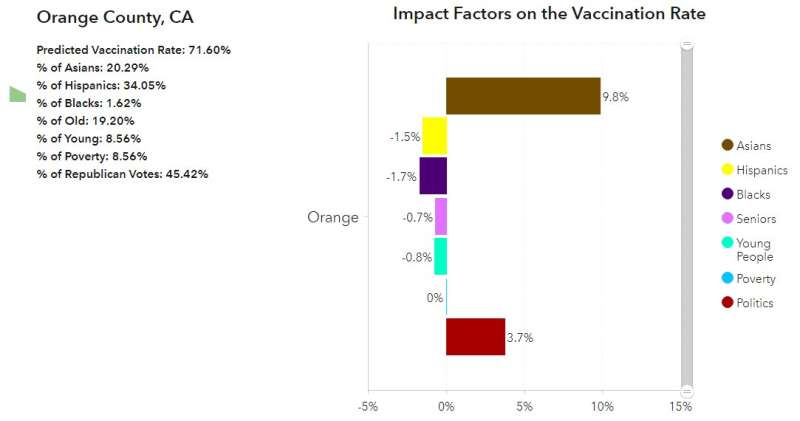 A new study that analyzes the interplay or of race, poverty, politics and age distribution on COVID-19 vaccination rates in each county across the United States has found that the impact of each factor is not universal across geographies.

Carsten Lange, professor of economics and an expert in data science, was a coauthor of the project which used machine learning algorithms and Artificial Intelligence Explanations (AIX) to quantify each factor contributing to the level of vaccination hesitancy.

In California, voters in both Orange and Merced counties are 45 percent Republican. However, the impact of political affiliation on vaccination rates has a different impact when considering all variables simultaneously. The larger Asian population in Orange County (20 percent) drives the political impact on the vaccination rate higher. In Merced County, a lower Asian population (7 percent) reduces the impact of political affiliation.

While the model reveals that a county with a larger percentage of Asians, tends to have a higher vaccination rate, their impact can be modified by other differences within the community. 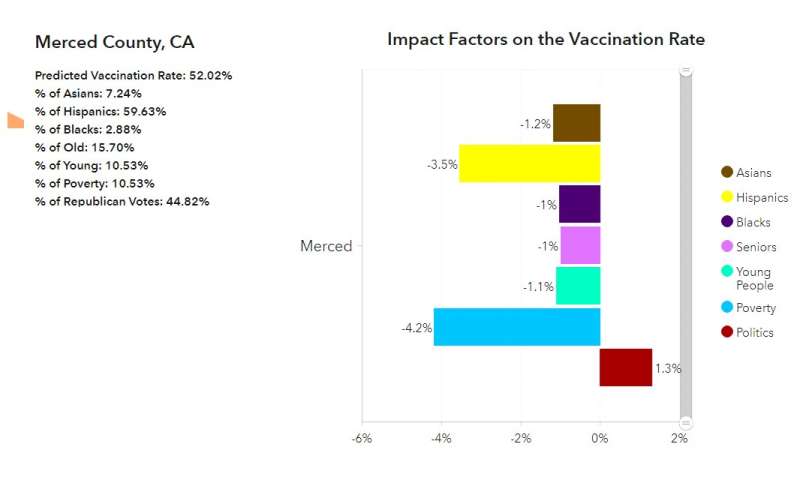 By highlighting the variable impact of different factors in each county, this research could be a helpful tool for local health officials and others working to improve vaccination rates in individual communities, said co-author Jian Lange, a principal product manager at Environmental Systems Research Institute (Esri) with a focus on spatial analysis.

“Traditional regression analysis is built on the assumption of constant impact factors over the entire study area, but in reality, variables have different impacts in different counties,” he said. “By implementing a state-of-the-art AI explainability algorithm, we are able to solve the black box problem with machine learning models and provide answers to the “how much” question for each measured impact factor in every county.”