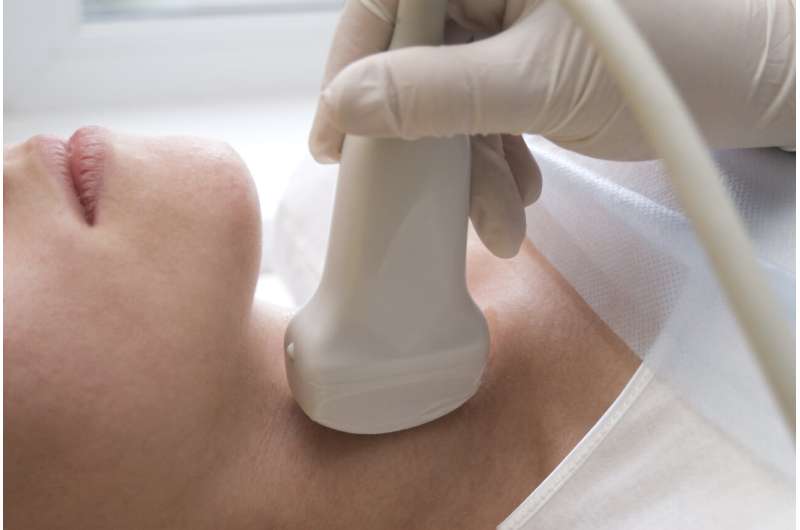 The various manifestations of head and neck carcinomas rank sixth in frequency worldwide and are fatal for about half a million people every year. In a quarter of cases, head and neck squamous cell carcinoma (HNSCC) is caused by human papillomavirus (HPV) and is currently not always treatable. A research team led by Lorenz Kadletz-Wanke from MedUni Vienna’s Department of Otorhinolaryngology and Head and Neck Surgery has now discovered a new therapeutic option in the context of a study, now published in Pharmaceuticals.

In the course of their investigations, the researchers were able to identify a protein that can be used to predict above-average survival of patients with HPV-positive head and neck carcinoma and to achieve progress in treatment. Specifically, this involves the Creb-binding protein (CBP), which controls various cellular programs and plays a role in carcinogenesis, among other things. As the study shows, CBP is much more active in HPV-induced head and neck tumors.

The most common triggers of head and neck tumors continue to be alcohol consumption and smoking. That said, human papillomavirus infections have increasingly been identified as the cause of HNSCC in recent years. Patients with HPV-positive head and neck tumors have so far been treated with chemotherapy and radiotherapy. This standard method acts systemically, i.e., on the whole body, is often accompanied by serious side effects such as hair loss, nausea and anemia, and not all patients respond to it. In the search for targeted treatments, the interdisciplinary research group studied the tissue of patients with HPV-positive HNSCC tumors histologically and in preclinical models. In the process, they not only discovered the protein CBP as a prognostic marker for above-average patient survival but also found that HPV-positive HNSCC cell models in particular can be effectively treated with a CBP inhibitor.