I know Dad will be so proud of me! Office manager, 24, reveals joy at kickstarting her career after shedding more than five stone

Olivia Gibbs, 24, is an office manager and lives in Macclesfield, Cheshire. She is 5ft 6in and weighs 10st 5lb, having lost 5st 1lb.

My friends were so used to me saying no to everything that I’d almost surprised myself by saying yes for once.

My friend had suggested a trip to Cape Verde and, instead of making excuses, I’d gone for it! And now here I was — lying on a sun-kissed beach, feeling relaxed and confident in my new bikini.

Before: Olivia Gibbs, 24, is an office manager and lives in Macclesfield, Cheshire. Pictured before her 5st 1lb (left). After: She is 5ft 6in and weighs 10st 5lb (right)

It was so different from my last trip abroad to Mexico with my Dad a year before, when I was 4½ stone heavier. I still remember how uncomfortable I was on the plane, with the seat belt cutting into my tummy because I’d been too embarrassed to ask the cabin staff for an extender.

All holiday I’d done my best to strike flattering poses for the camera, but when I saw the pictures, I didn’t recognise myself. I even thought Dad must have felt ashamed to have me as a daughter — though I knew deep down it wasn’t true.

I’d lost 7lb with Slimming World a few months before going to Mexico, but I’d only followed the plan half-heartedly. Now I decided I was going to follow it properly and get back to feeling good about myself again.

I’d first started gaining weight when I left school, after taking a job at a beauty salon. I often worked long hours and the nearest place to get food during my breaks was the shop down the road — with a limited selection of convenience foods — or the local takeaways.

At work, conversation revolved around body size and ways to lose weight, and I found myself resorting to the latest diet fads — all of which failed. 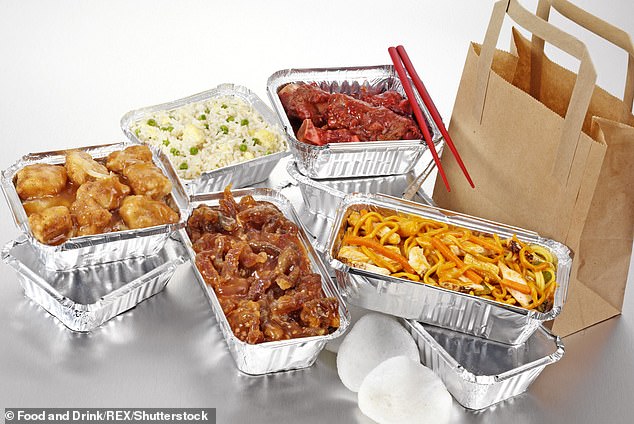 When Dad offered me a job in the family business, I seized the opportunity, happier with the thought of being in an office than in the salon, where people would always be suggesting new ways for me to slim. At the same time, my friend Luke had joined Slimming World. When he told me he’d already lost 2st, my ears pricked up. When days later, Luke called me and said: ‘I’m off to group. Want to come?’ I didn’t hesitate to say yes.

This time, I was determined to succeed and threw myself into Slimming World’s healthy eating plan. A few months later, I got down to my target weight. Everyone at the group has been so supportive and it has been great to have Luke to spur me on. I’ve taken on more responsibility in the office — and I know that if I keep working hard, one day I’ll be in line to run the family business.

And far from thinking Dad could ever be ashamed of me, I know how much that will make him, and my whole family, proud. I wanted the old Olivia back and now she’s here, ready to take on the world!