Pessimists die two years earlier than the average person – but being an optimist does not lead to a longer life, study finds

People who are pessimistic die earlier than those who don’t have overtly negative or positive views, a new study suggests.

Researchers found that those with negative outlooks about the presents or future died about two years earlier than the average person.

However – and rather surprisingly – being particularly optimistic was not found to increase life expectancy.

The team, from QIMR Berghofer Medical Research Institute in Brisbane, Australia, says it believes pessimists likely do not look after themselves as well, resulting in their health declining sooner than the health of others. 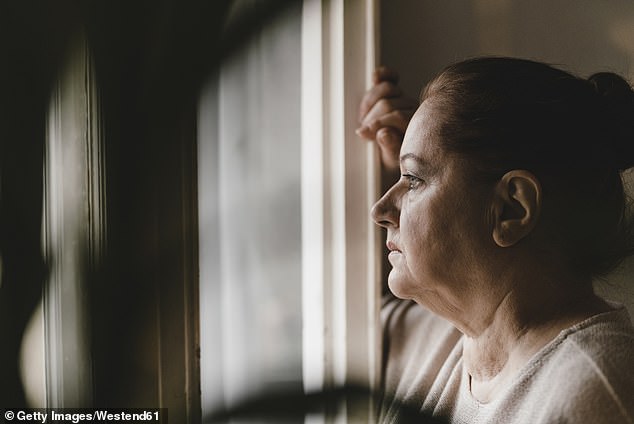 Previous studies have found an association between optimism and pessimism and certain disease, or lack thereof.

However, such research had grouped the two onto one scale rather than separate scales, resulting in people with low scores being classified as optimists.

‘Optimism and pessimism are not direct opposites,’ lead author Dr John Whitfield, a clinical biochemist, at QIMR Berghofer, said in a statement.

‘The key feature of our results is that we used two separate scales to measure pessimism and optimism and their association with all causes of death.’

For the study, published in the journal Nature, the team looked at a questionnaire of around 3,000 participants aged 50 or older.

The questionnaire was part of the Life Orientation Test, which looked at the health of Australians between 1993 and 1995 with follow-up information only available through the end of 2009.

Participants were given a score on an optimism-pessimism scale based on how  much they agreed or disagreed with optimistic and pessimistic statements.

Such statement included: ‘I’m always optimistic about my future’ or ‘If something can go wrong for me, it will’.

Those who scored higher as pessimists  [were likely to die two years earlier on average than those who did not rate as pessimistic.]

Pessimists were more likely to die earlier from cardiovascular disease and other causes of death, but not cancer.

What’s more, mood disorders such as depression did not appear to have an effect on the link between pessimism and mortality.

It’s not clear why pessimists die sooner, but Whitfield does not believe the disease causes the pessimism or vice versa.

‘People who are pessimistic might be thought to not look after themselves and their health as well – they might think there’s no point in following advice about diet and exercise and so on,’ he told ABC Australia.

‘There are indications that optimistic and pessimistic attitudes can have effects on brain and blood biochemistry, inflammation perhaps on the arterial wall.’

Researchers also found that high optimism scores did not correlate with shorter life expectancy or a longer one.

There was also no statistical significance in optimism or pessimism scores between men and women.

For future research, the team plans to focus on whether or not a pessimistic person is more fatalistic or accepting of their health issues.