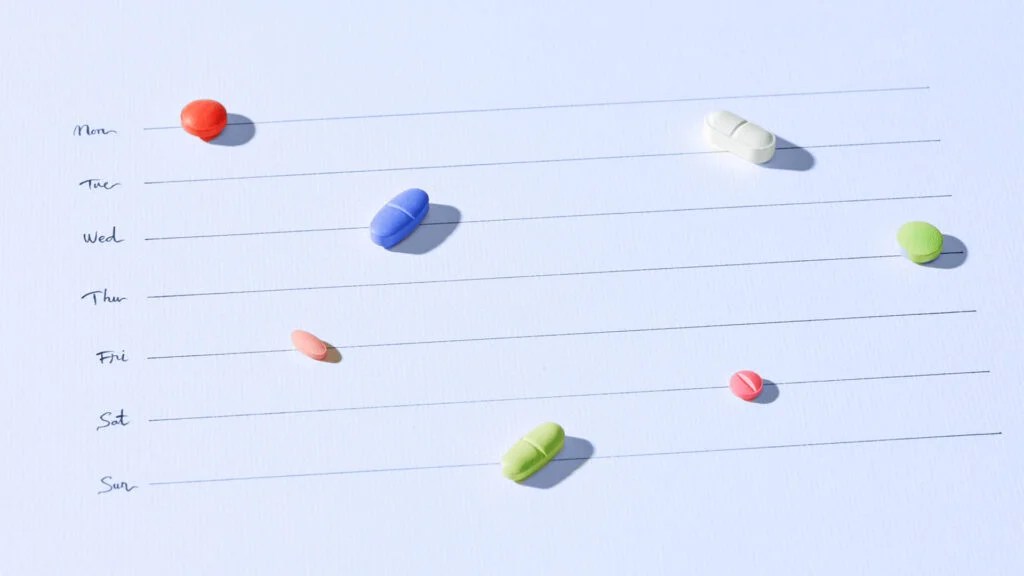 During a heart attack (medically known as ‘myocardial infarction’), the blood supply to the heart is suddenly blocked, usually by a blood clot. To prevent subsequent cardiovascular complications, patients recovering from a heart attack are prescribed a combination of drugs:

“Adherence to treatment after an acute myocardial infarction is essential for effective secondary prevention,” said Dr. José María Castellano, the study’s first author and Coordinator of Clinical Research at the Spanish National Center for Cardiovascular Research (CNIC). Yet previous studies have shown that only 60% of patients consistently adhere to their medication regimen.

A potential solution for the problem of poor medication adherence is the combination of multiple drugs in a single pill, known as a ‘polypill.’ Research has shown that, by simplifying the treatment, a polypill strategy increases medication adherence. According to a recent meta-analysis of three clinical trials, patients assigned to receive a polypill experienced fewer cardiovascular events than control patients.

Researchers at CNIC investigated the efficacy of a polypill-based strategy in the Secondary Prevention of Cardiovascular Disease in the Elderly (SECURE) trial, led by Dr. Valentin Fuster, Ph.D., Director of Mount Sinai Heart and Physician-in-Chief of The Mount Sinai Hospital, and General Director of CNIC.

The results of this an international randomized clinical trial were announced on August 26 at the 2022 European Society of Cardiology Congress in Barcelona, Spain, and published in The New England Journal of Medicine.

“The results of the SECURE study show that for the first time that the polypill, which contains aspirin, ramipril, and atorvastatin, achieves clinically relevant reductions in the recurrent cardiovascular events among people who have recovered from a previous heart attack because of better adherence to this simplified approach with a simple polypill, rather than taking them separately as conventional.”

The study enrolled 2,499 heart attack survivors across 113 centers in Spain, Italy, Germany, the Czech Republic, France, Poland, and Hungary. The average age of the study population was 76 years, and 31% of the participants were women. 77.9% had hypertension, 57.4% had diabetes, and 51.3% had a history of smoking.

The researchers randomly assigned the patients to receive the Trinomia polypill or standard therapy based on current European Society of Cardiology guidelines.

Trinomia contains aspirin (100 mg), ramipril (2.5, 5, or 10 mg), and atorvastatin (20 or 40 mg). The specific formulation used by each patient depended on their medical history and blood test results.

The researchers monitored the patients for an average of three years and examined the incidence of four major cardiovascular events: cardiovascular-related death, non-fatal heart attack, non-fatal stroke, and need for emergency coronary revascularization.

When asked to comment on these findings, Dr. Eric D. Peterson, MPH, praised the researchers for conducting this clinical trial on an “important issue” but told Medical News Today he had some misgivings about the efficacy of the polypill strategy.

Implications and limitations of the findings

Dr. Fuster expressed optimism about the potential of the polypill strategy “to reduce the risk of recurrent cardiovascular disease and death on a global scale.”

Dr. Heinrich Taegtmeyer, D.Phil, physician-scientist and professor of medicine at McGovern Medical School, cautioned that “the polypill concept is risky unless the patients are carefully selected and monitored very closely. One-size-fits-all does not always work due to unwanted (and sometimes severe) side-effects.”

Dr. Taegtmeyer, who has been practicing cardiology and conducting National Institutes of Health (NIH)-funded basic research in cardiac metabolism for over 40 years, told MNT that “the [polypill] concept has been around for a while. It originated in the 1970s in Oxford, if I remember correctly, but never gained much traction. It comes and goes in waves. Is it the emerging awareness of [‘personalized medicine?’] An interesting debate.”

When commenting on the limitations of this study, the researchers noted that the trial was not blinded as the participants knew which treatment they were receiving. However, this should not have impacted the results since “the event adjudicators were unaware of trial-group assignments, and the outcome assessments were unbiased”.

The researchers also noted that “[w]ithdrawal and loss to follow-up may potentially bias comparisons between groups, although the frequency of withdrawal was similar in the two groups.”