Rogue religious leaders and health practitioners who claim that homosexuality can be “fixed” could end up being prosecuted as the Andrews government orders an unprecedented inquiry into gay conversion therapy.

Health Minister Jill Hennessy has asked Victoria’s Health Complaints Commissioner to conduct a broad-ranging investigation, and has not ruled out tougher laws to crack down on those attempting to change or suppress a person’s sexuality or gender identity. 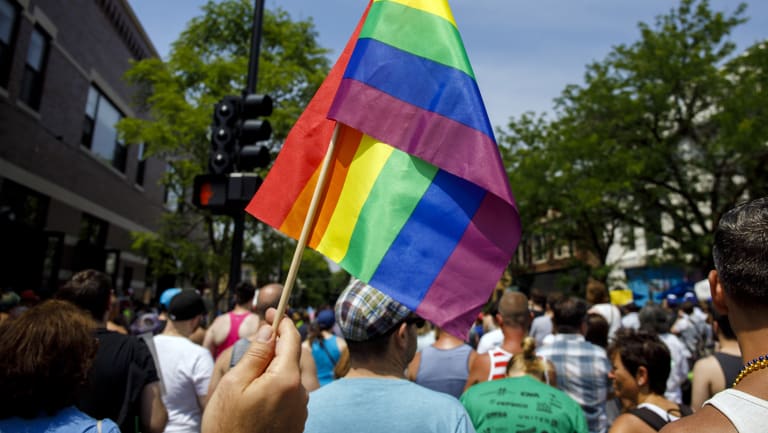 The Andrews government has ordered a broad ranging inquiry into gay conversion therapy.

The inquiry will capture registered or unregistered counsellors, clinicians who treat homosexuality as a disorder, and anyone purporting to convert LGBTI people through therapeutic means.

But significantly, it will also seek information on a more insidious trend: faith-based ministries and church figures who disguise their work as “spiritual guidance”.

“We have zero tolerance for anyone purporting to ‘convert’ gay people through any medical or therapeutic means,” Ms Hennessy told The Age.

“Victorians who have been harmed through these rogue groups should contact the Commissioner immediately so these unlawful practices can be stopped and practitioners prosecuted.”

In one case, transgender student Evie Macdonald was forced by her school to undergo seven sessions of chaplaincy counselling – without her parents’ knowledge – in a bid to stop her from transitioning.

In another case, gay Christian Dean Brodel was encouraged by his church to exorcise his “homosexual demons”, leading to a spiral of self-loathing and shame when he couldn't change. Others victims have married and had children in a bid to turn straight, and some have resorted to self harm or suicide.

The state government's inquiry will test how far Commissioner Karen Cusack's powers can go. The watchdog was set up in February, 2017, partly in a bid to crack down on gay conversion practices, and the Act provides a very broad definition of what constitutes as a “health service”. However, no one since then has come forward with a formal complaint.

But Victoria’s planned crackdown could prove contentious for proponents of religious freedom, an issue that is currently being reviewed by the Commonwealth in the wake of Australia’s marriage equality vote.

Last month, gay conversion therapy also made headlines after a conservative Liberal branch linked to Federal MP Kevin Andrews sought to have the issue debated at state council. The proposed motion was quashed by Victorian president Michael Kroger, but some Liberals were outraged by what they saw as the curtailing of free speech.

Australian Christian Lobby state director Dan Flynn said that "parents should always have the right to raise a child according to their beliefs – and we would always defend a parent's right to seek counsel in raising their children".

However, he said his group did not endorse "converting anyone's gender or sexual orientation".

The issue is particularly challenging because Australia has several religious ministries who say they are simply trying to help people struggling with same-sex attraction to live in accordance with their faith. They fiercely dispute this is a form of gay "conversion".

Ms Cusack said she wanted to hear confidentially from anyone who had recently experienced gay conversion therapy, and from anyone with information on the issue. Recommendations would then be made to the government.

“I understand these issues could be raw and very distressing for people to discuss and my staff will treat anyone coming forward with sensitivity and confidentiality,” she said.

La Trobe University academic researcher Tim Jones, who is completing a study on the issue, welcomed the move. He said registered clinical practices in Australia were pushing gay conversion, but a growing trend was the tendency of groups to rebadge their services “from psychological to spiritual practice”.

Nathan Despott, who leads the Brave Network, an advocacy group for LGBTI people of faith, said much of the ideology is grounded in harmful messaging that being gay is a form of brokenness.