London: International scientists have identified 44 genetic variants that can increase the risk of developing major depression and found that all humans carry at least some of them. 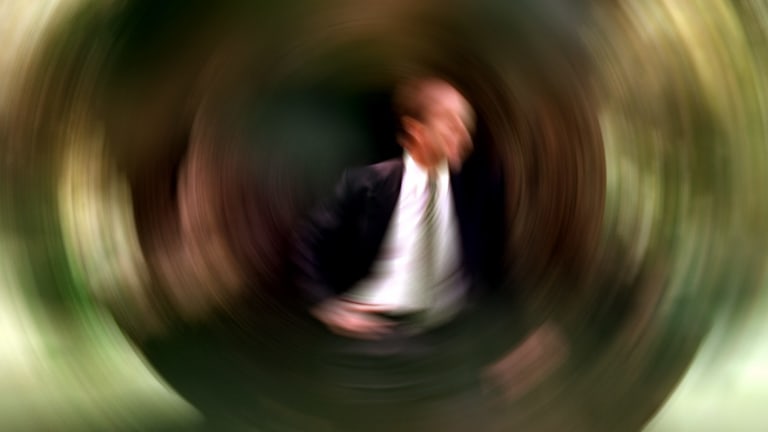 Scientists have found that the genetic basis for depression is shared with other psychiatric disorders such as schizophrenia.

The new findings could help explain why not everyone treated with antidepressants sees their condition improve, the scientists said, and could also point the way towards new medicines.

In the largest study of its kind, scientists also found that the genetic basis for depression is shared with other psychiatric disorders such as schizophrenia and that a number of the variants are linked to the targets of antidepressant drugs.

Major depression affects about 14 per cent of people worldwide and is the biggest contributor to long-term disability in the general population.

Yet only about half of patients respond well to existing treatments.

"The new genetic variants discovered have the potential to revitalise depression treatment by opening up avenues for the discovery of new and improved therapies," said Gerome Breen of King's College London, who worked on the research team.

The study, published in the journal Nature Genetics on Thursday, was a global effort, with data covering more than 135,000 patients with major depression and about 344,000 controls as comparisons.

"This study has shed a bright light on the genetic basis of depression, but it is only the first step," said Cathryn Lewis, another King's College London expert who worked on the team.

"We need further research to uncover more of the genetic underpinnings, and to understand how genetics and environmental stressors work together to increase risk of depression."

Life events such as trauma or stress can contribute to the onset of depression but it has not been clear why some people are more likely to develop the condition than others.

Earlier this month, it was reported that scientists had pinpointed nearly 80 genes which they believe could help explain why some people are more susceptible to depression.

A team of experts led by the University of Edinburgh analysed the genetic codes of 300,000 people to identify areas of DNA that may be linked to the condition.

They found 78 genes that could help explain what triggers depression and assist with the development of better treatments.

Dr David Howard, lead author of the report, said: "This study identifies genes that potentially increase our risk of depression, adding to the evidence that it is partly a genetic disorder.

"The findings also provide new clues to the causes of depression and we hope it will narrow down the search for therapies that could help people living with the condition."

The scientists used information from a UK Biobank – a research resource containing health and genetic information for 500,000 people – to conduct their study.

Some of the genes discovered are known to be involved in the function of synapses, tiny connectors that allow brain cells to communicate with each other through electrical and chemical signals.

The scientists then confirmed their findings by examining anonymised information held by personal genetics and research company 23andMe, with the donors' consent.

"These new findings help us better understand the causes of depression and show how the UK Biobank study and big data research has helped advance mental health research."

Those seeking support and information about depression can contact Lifeline on 13 11 14.