Watch what cigarettes really do to the lungs: Shocking video shows the difference between healthy organs and those of a pack-a-day smoker

A shocking video shows the difference between healthy lungs and those of a smoker who got through one pack of cigarettes a day for 20 years.

Uploaded by North-Carolina based nurse Amanda Eller, the videos show the black, cancer-ridden lungs of a heavy smoker failing to properly inflate.

This is compared to the healthy, red-coloured lungs that are shown inflating and deflating as normal in the videos, which have been shared more than 5,000 times.

Around 15 percent of adults in the US and 17 percent in the UK smoke cigarettes.

Smoking raises a person’s risk of developing lung cancer by approximately 23 times and is responsible for 87 percent of all related deaths. 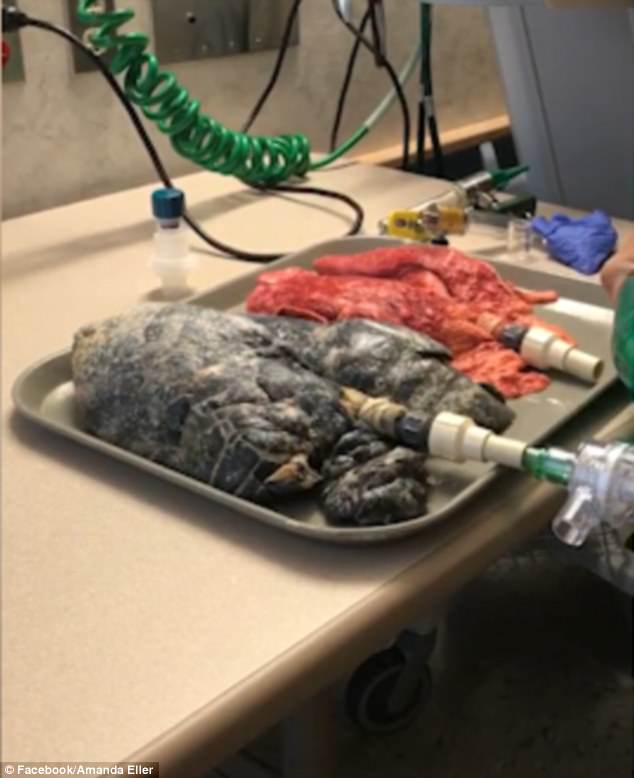 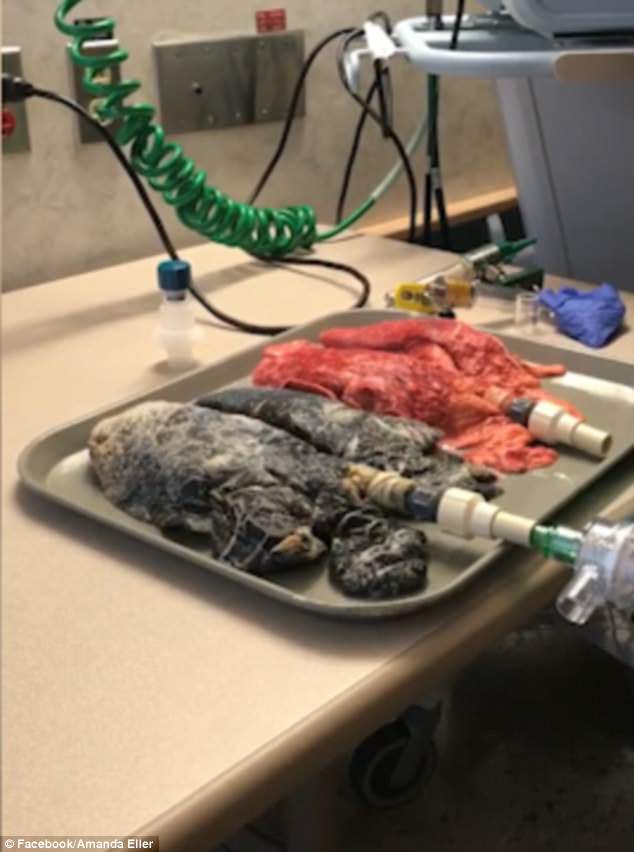 The black, cancer-ridden lungs of a pack-a-day smoker failed to properly inflate when pumped

IS THE END OF SMOKING ‘IN SIGHT’ IN THE UK?

The end of smoking is finally ‘in sight’, officials claimed in June 2017 following figures that suggested another drop in rates across the UK.

Just one in six adults now regularly light up cigarettes – with 680,000 having given up the habit completely in 2016.

The numbers of smokers dropped from 19.9 per cent in 2010 to just 15.5 per cent in 2016 in England alone, according to data from the Office for National Statistics.

Across all ages smoking prevalence is in decline, with the largest fall in 18-to-24 year olds, while e-cigarette use is on the rise in this age group.

Duncan Selbie, chief executive of Public Health England, said the UK has the second lowest smoking rate in Europe after Sweden, which proves that the Government’s tobacco-control policies are effective.

While trying to inflate the blackened lungs, a woman, believed to be Ms Eller, said: ‘Because these lungs are COPD, cancerous lungs, the elastance is gone, so they will stretch out but then the recoil of them just snaps right back.’

Elastance is the ability of lungs to rebound after being stretched during inhalation.

Reduced elastance suggests the lungs are stiff and have to work harder to bring in sufficient air, leaving individuals breathless.

When a PEP valve was fitted to the diseased lungs, their capacity to inflate slightly improved. A PEP valve helps to clear and open airways in cystic fibrosis patients.

These diseased lungs were then compared to healthy, red organs, which swelled to full capacity when filled with air.

Ms Eller added: ‘You can see [after] inhalation and [during] expiration [the lungs] totally deflate.’

When a PEP valve was added to the healthy lungs, their rate of deflation slowed even more, which would allow people to absorb more oxygen. 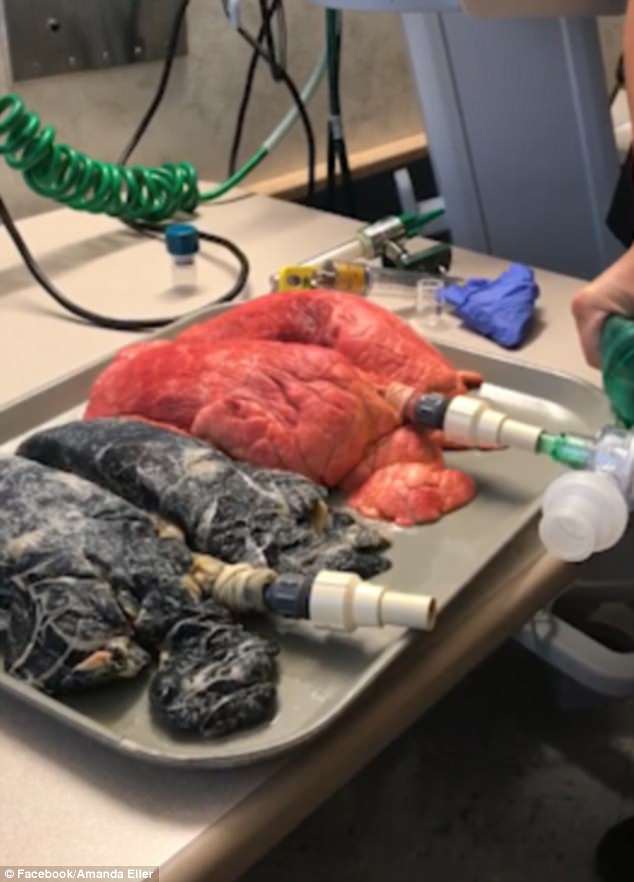 The healthy, non-smoker’s lungs filled to full capacity and then deflated slowly as normal 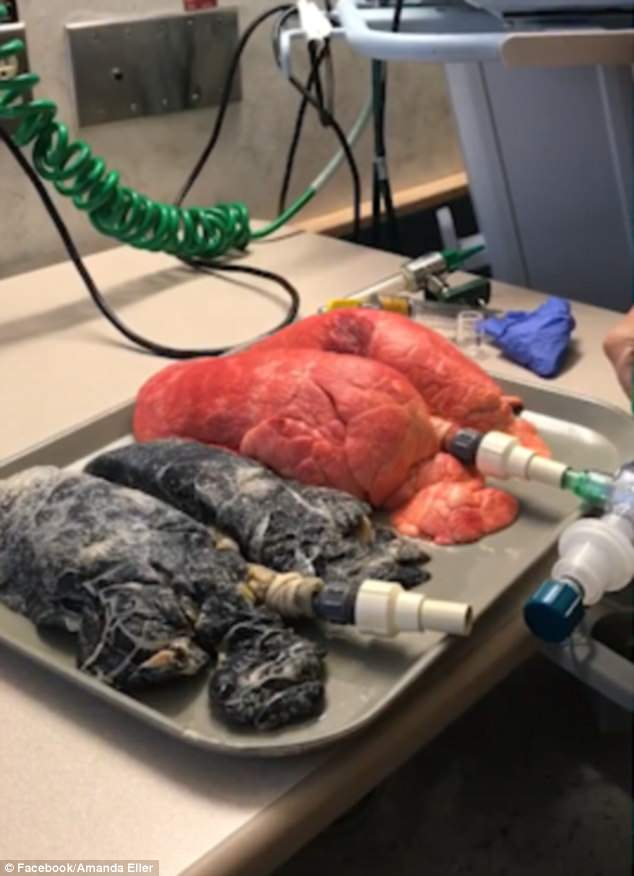 Hard-hitting advert shows the damage smoking does in seconds

This comes after a hard-hitting TV advert released last December showed how poisons from cigarette tar enter the bloodstream and flow through the body within seconds, causing damage to major organs.

The campaign also highlights how smoking can lead to elevated levels of cadmium, a metal used in batteries, in the blood, as well as cancer-causing nitrosamines and carbon monoxide.

PHE director of health improvement Professor John Newton said people know tar damages the lungs, but it is less well understood that the poisons also reach the other major organs in the body.