Skip to content
HomeHealth NewsStressed out? Study reveals it may affect your memory

Stress in middle age can make your brain shrink and make your memory worse, scientists have discovered.

The brain-reducing effects of stress, identified in people in their 40s free from dementia, were found to be triggered by cortisol.

The high levels of the stress hormone may be an early warning sign someone may end up with dementia, the research suggests. 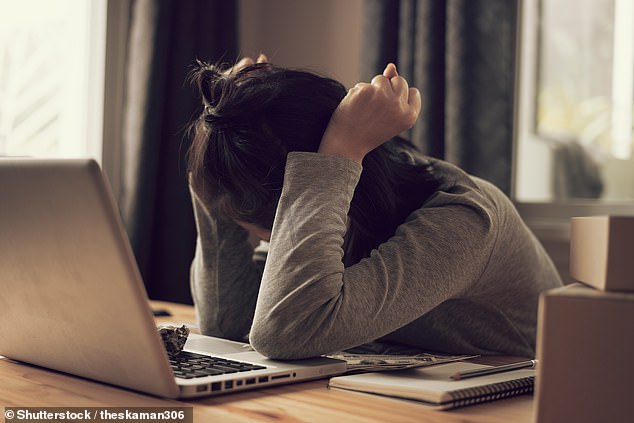 The brain-reducing effects of stress, identified in people in their 40s free from dementia, were found to be triggered by cortisol (stock)

For the research, scientists led by Dr Justin Echouffo-Tcheugui studied 2,231 people with an average age of 49 and free of dementia.

He said: ‘Our research detected memory loss and brain shrinkage in middle-aged people before symptoms started to show.

‘So it’s important for people to find ways to reduce stress, such as getting enough sleep, engaging in moderate exercise, incorporating relaxation techniques into their daily lives, or asking their doctor about their cortisol levels and taking a cortisol-reducing medication if needed.’

He added: ‘It’s important for physicians to counsel all people with higher cortisol levels.’

Instead of keeping the self-love strictly to your bedroom on lonely nights, you should think about doing it while you are at work.

He warned, however, it could cause frustration if people take a long time to climax.

At the start of the study, each participant did tests on their memory and thinking skills. Then eight years later they repeated the exercises.

A subset of the group, 2,018 people, also had an MRI brain scan to measure the volume of their brain.

Once the results were adjusted for age, sex, smoking and body mass, researchers found lower scores on tests of memory and thinking in people with higher levels of cortisol than those with average levels.

In addition, people with higher cortisol levels had a smaller brain volume, with those with high cortisol having brains that were 88.5 per cent of the total cranial volume.

This was compared to 88.7 per cent of total cranial volume for people with normal levels of the hormone.

No links were found between low levels of cortisol and brain size.

Cortisol, produced by the adrenal glands, helps the body respond to stress.

High cortisol levels can be caused by stress, medical conditions or medications.

Dr Echouffo-Tcheugui said: ‘Cortisol affects many different functions so it is important to fully investigate how high levels of the hormone may affect the brain.’