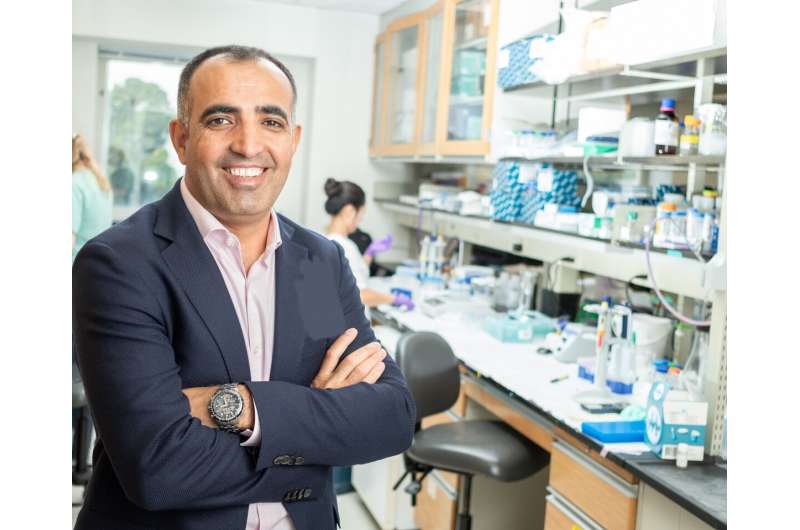 Northwestern Medicine investigators have discovered a potential therapeutic target for the most common type of pancreatic cancer, according to a study published in Developmental Cell.

The findings suggest ISL2, a transcription factor, can act as a tumor suppressor in pancreatic ductal adenocarcinoma (PDA) tumors and that its depletion reprograms PDA cells’ transcriptional and metabolic states.

“ISL2 status could be a precision medicine approach where we can check the tumor, look at ISL2 levels and then determine if these tumors are more dependent on lipid metabolism or if we should inhibit this pathway in these kind of tumors,” said Mazhar Adli, Ph.D., associate professor of Obstetrics and Gynecology in the Division of Reproductive Science in Medicine and senior author of the study.

PDA has a poor survival rate—more than 80% of patients are diagnosed when the cancer is late-stage and the tumor no longer qualifies for surgical removal. Following diagnosis, average patient survival is typically four to six months.

The investigators found that increasing ISL2 expression with CRISPR-based epigenetic editing reduced PDA cell proliferation. Furthermore, they discovered that cells with low levels of ISL2 had a higher capacity to perform oxidative phosphorylation, a process in which the cell prefers oxidizing lipids and other metabolic products in the mitochondria instead of metabolizing glucose to sustain their bioenergetic needs.

“This was a surprising finding, because most cancer cells prefer glucose, but recent studies have demonstrated that there are subsets of cancer cells that actually are more dependent on oxidative phosphorylation, and we think that ISL2 is one of the regulators of this dynamic process,” Adli said.

Advanced molecular profiling of PDA tumor cells in vivo and in vitro also revealed that ISL2-depleted PDA cells may be sensitive to specific inhibitors that target mitochondrial complex I, or where oxidative phosphorylation occur

Overall, the findings suggest that inhibiting pathways downstream of ISL2 epigenetic silencing may be a promising therapeutic target, according to Adli.