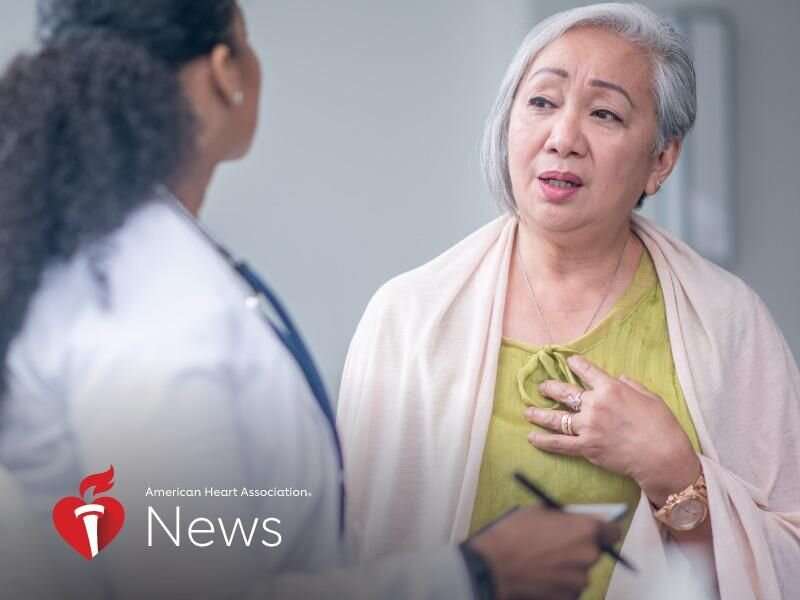 Cardiovascular disease rates differ among Asian American subgroups but are rising faster for most of them than for white adults, new research from Northern California suggests.

Only people of Japanese American and Native Hawaiian or Pacific Islander descent are not experiencing a faster rise in heart disease rates, according to findings presented this month at the American Heart Association’s Scientific Sessions in Chicago. The research is considered preliminary until full results are published in a peer-reviewed journal.

The findings underscore a need to collect and analyze data for individual groups of Asian Americans, said lead study author Dr. Kaylin Thuy Nguyen, a clinical fellow at the division of cardiovascular medicine at Stanford University in California.

“Asian Americans are a diverse group,” Nguyen said. “There’s a lot of heterogeneity—different cultures, socioeconomic backgrounds, nutritional patterns. There are stark differences we mask when we aggregate data and look at the groups as a whole. If we assume the same risk for everyone, we might miss the opportunity to treat risk factors.”

Asian Americans and Pacific Islanders are the fastest-growing racial or ethnic group in the United States. According to the 2020 census, roughly 24 million people in the U.S. identified as Asian alone or a combination of Asian and other groups, with people of Chinese, Asian Indian, Filipino, Vietnamese, Korean and Japanese descent accounting for 85%.

Health data on people with these diverse ancestries has long been studied as if they were one group. But recent studies reveal significant differences among these groups in cardiovascular risk factors and disease. The new study looked at how cardiovascular disease rates differed among Asian American subgroups in one Northern California health system, compared with their white peers, and how these rates had changed from 2007 to 2018.

Compared with those of white adults, cardiovascular disease rates grew faster during the study period for all Asian subgroups except Japanese and Native Hawaiian or Pacific Islander. High blood pressure, or hypertension, likewise increased more quickly for nearly all subgroups—except Japanese—than it did among white adults.

Overall, cardiovascular disease rates were highest among Filipino Americans—about twice as high as their white peers throughout the study period (32.2% in 2007, rising to 45.1% in 2018, compared with 16.5% for white adults, rising to 21.9%).

Coronary artery disease rates increased faster for the Filipino, Asian Indian and Chinese subgroups than they did among white people. Heart attack rates grew more slowly among the Chinese and Korean subgroups than among white adults.

Future studies should collect and analyze additional data, said Lan Doan, assistant professor in the department of population health at NYU Grossman School of Medicine in New York City. Such data, she said, should include how long people have lived in the U.S., if they regularly see a health care professional or have consistent access to health insurance, how much they’ve adapted to Western diets and lifestyles, and whether there are geographic differences in cardiovascular risks.

“If we don’t start tracking and disaggregating data, we’re not going to be able to understand what differences in health there might be, and we can’t target treatments or preventive measures,” said Doan, who was not involved in the new research.

“We need to keep deepening our understanding of who these Asian American and Native Hawaiian and Pacific Islander populations are, and thinking about all the multilevel factors that influence the risk and progression of cardiovascular disease and risk factors across their lives,” she said.