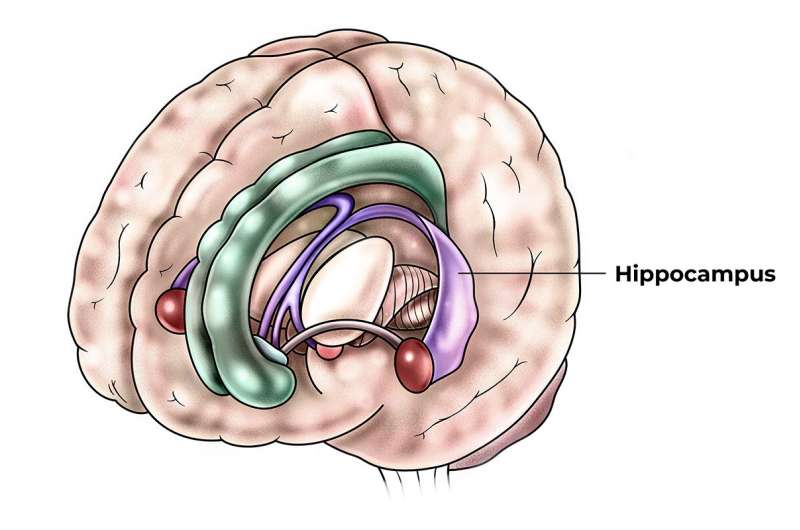 Researchers studying epileptic seizures of the temporal lobe—the most common type of epilepsy—discovered a compound that reduces seizures in the hippocampus, a brain region where many such seizures originate. The compound, known as TC-2153, lessened the severity of seizures in mice.

The scientists report their findings in the journal Epilepsia.

“We found that TC-2153 ultimately reduces seizure severity in mice by decreasing the activity of hippocampal neurons,” said University of Illinois Urbana-Champaign doctoral candidate Jennifer Walters, who led the research with U. of I. molecular and integrative physiology professor Hee Jung Chung.

The hippocampus plays a central role in learning and memory, so anything that damages it can have devastating consequences for the individual, she said.

The strength of synaptic communication between neurons and the excitability of individual neurons can affect the likelihood that seizures occur, Chung said.

The finding that TC-2153 lessened the occurrence of seizures was a surprise, the researchers said, because it is known primarily as an inhibitor of a brain-specific protein called STEP that reduces the strength of synaptic communication between neurons.

“We hypothesized that seizure activity would increase when we used TC-2153 because STEP inhibition would increase synaptic communication,” Walters said. “But we found that it actually reduced seizure severity in both male and female mice.” 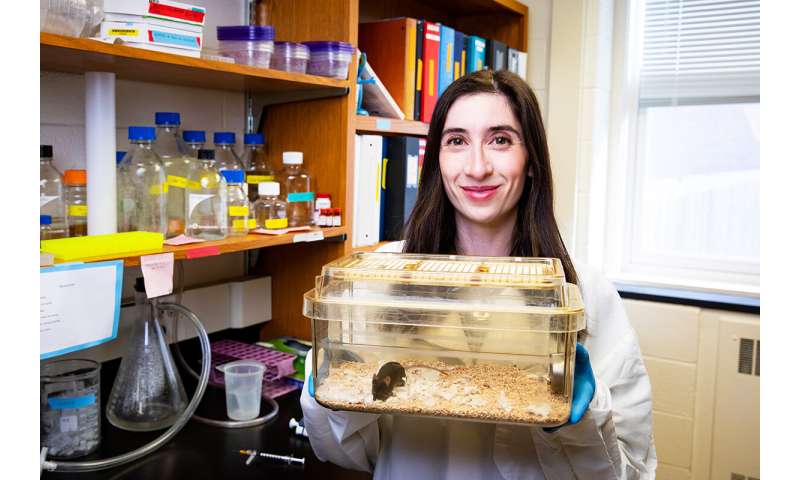 The female mice responded more to treatment with the compound than the males did. To determine whether TC-2153 interacted with sex hormones, the team repeated the experiment in female mice that had their ovaries removed.

“That completely abolished the effect from the TC-2153,” Walters said. “Therefore, female sex hormones play a role in its efficacy.” This finding may be relevant to sex differences seen in temporal lobe epilepsy, she said.

Follow-up experiments in mouse brains and in neuronal culture revealed a possible mechanism by which TC-2153 decreases seizure severity. The team found that the compound reduced the excitability of individual neurons, suggesting a novel function of STEP, Chung said.

“TC-2153 is a STEP inhibitor,” she said. “So far, STEP has been known as a negative regulator of neuronal communication but was never implicated in regulating the excitability of individual neurons.”