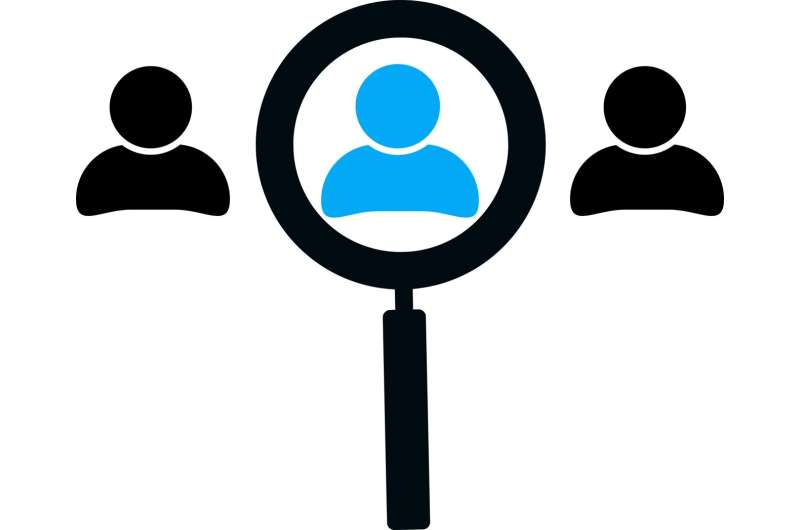 We’re all familiar with the classic “look” of a movie bad guy: peering through narrowing eyes with a sinister sneer (like countless James Bond villains, including Christopher Walken’s memorable Max Zorin in A View to a Kill) or pumped up to cartoon-like dimensions (like the Soviet boxer Drago who growls “I must break you” to Rocky Balboa in Rocky IV).

Yet a detailed new study of identifying criminal suspects finds, to the authors’ surprise, no bias toward selecting people with threatening facial characteristics or muscular bodies. The study does find, however, that suspects with highly muscled, “threatening” bodies are most accurately identified by eyewitnesses in line-ups.

“These findings suggest that while no systematic bias exists in the recall of criminal bodies, the nature of the body itself and the context in which it is presented can significantly impact identification accuracy,” says the research published in the journal Memory & Cognition. “Participant identification accuracy was highest for the most threatening body stimuli high in musculature.”

Eyewitness testimony and the identification of suspects lies at the heart of the criminal justice system. In the absence of incriminating physical evidence, an eyewitness can be crucial in convincing a court of the defendant’s guilt. Previous studies have revealed identification errors may be due to people finding it hard to recognize unfamiliar faces, as well as height and weight frequently being underestimated.

“Misidentification of innocent defendants plays a significant role in most cases of prisoners later exonerated through DNA evidence,” says study co-author Magda Osman, Head of Research and Analysis at the Center for Science and Policy at Cambridge Judge Business School.

“Having a stereotypically ‘criminal’ or threatening appearance has long been established to be a disadvantage in the judicial system, both in terms of the likelihood of initially being arrested and in terms of courtroom sentencing,” adds co-author Terence J. McElvaney of the Department of Biological and Experimental sychology, Queen Mary University of London.

“What we wanted to establish through this new research was whether some people are also more likely to be falsely identified as a criminal because they naturally have a more threatening appearance—and, contrary to our expectations, we found that this was not the case.”

In three separate experiments, participants were first presented with either the outline of a violent crime, neutral information, or no background information. They were then shown a realistic computer-generated image of the male suspect (target) and asked to identify him from a selection of images (foils) that varied in facial threat or body muscle.

“Although this does not match the procedural experience of real eyewitnesses, this allowed us to explore the potential biasing effects of criminal context while maintaining tight control over the stimuli,” the study explains. In some experiments a delay between witnessing the crime and trying to identify the suspect was simulated. All faces in the dataset were Caucasian and converted to greyscale.

Around 200 hundred adults living in the UK took part in each of the three experiments:

Participants were divided into two teams, with one group told the person they were about to see was involved in an armed robbery. The other group was told the aim of the experiment was to see how accurately they could identify unfamiliar people. The groups completed 20 trials in total, identifying a different suspect each time from a selection of faces and body shapes with blurred heads. In each case, the target image was shown for one second, followed by a blank screen for one second, followed by the line-up.

This experiment introduced a distractor task adding a five-minute delay between participants seeing the target image for 30 seconds and trying to identify it. Contributors were divided into three categories. In the crime and neutral groups, they were presented with background information such as a shop robbery resulting in a murder, or someone purchasing a winning lottery ticket. The final group was told to study the person for later identification. Fixation dots and a random noise mark were also added to the start of each trial to break concentration. This time, faces or bodies were shown individually with those taking part responding Yes or No to the question: “Did that face/body EXACTLY match the one you previously studied?”

Participants were again provided with a criminal context, neutral context, or no additional information. They were given 30 seconds to study the target, then following a distractor task lasting ten minutes, were asked to identify him from a line-up of bodies only, from which the perpetrator was missing.

Impact of stereotypes on memory

The authors expected that if no background context was provided, participants would not show any bias in recalling a body or a face. They hypothesized that more threatening faces and larger bodies would be selected when the perpetrator was presented in a criminal context, rather than in a neutral context, but this did not turn up in the findings.

Previous research suggests associating someone with a crime can distort their appearance in memory by automatically activating racial stereotypes linked to the crime being committed, such as a Caucasian stereotype being activated for crimes such as identity theft or embezzlement.

This new research found giving criminal background information about the suspects did not significantly influence participants’ memory. “Participants viewing images of alleged violent criminals were no more likely to overestimate the facial threat or musculature of the target stimuli than those who studied the targets in empty or neutral contexts,” the study says.

“These results suggest that, although errors of eyewitness identification can or do occur, they may not be driven by systematic biases related to how threatening a criminal is later recalled.”

The authors identified several limitations in their study. These included the use of computer-generated still images rather than video footage. Although a delay was introduced in the process, it does not reflect the days or weeks experienced by real eyewitnesses, or difficulties presented by lighting or distance.

Crucially, due to the images used, all the conclusions are restricted to Caucasian defendants.

“Although it’s possible participants didn’t perceive the images to be of a particular race because they’re computer generated, further research could use morphing software to produce photo-realistic facial images of different races that vary in perceived threat”, says co-author Isabelle Mareschal, also of the Department of Biological and Experimental Psychology, Queen Mary University of London.