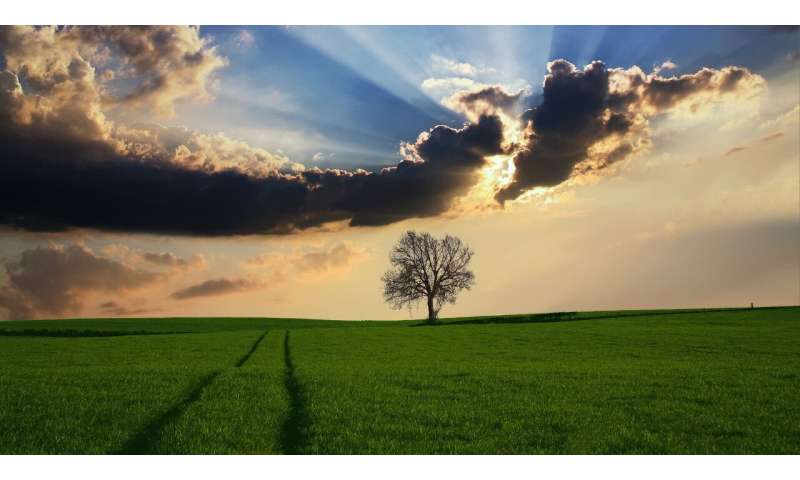 Too little sunlight—and specifically UVB exposure—in pregnancy has been linked with a higher risk of learning disabilities.

In a new study looking at more than 422,500 school-age children from across Scotland, researchers found that low UVB exposure during pregnancy was associated with risk of learning disabilities.

UVB exposure from sunlight is linked to the production of the essential nutrient vitamin D in the body.

Publishing their results in the journal Scientific Reports, University of Glasgow researchers linked sunshine hours data from the Met Office with the month in which children were conceived. They found that there was a statistically significant relationship between lower UVB exposure over the whole of pregnancy and the risk of learning disabilities.

The relationship was specific to UVB (not UVA) suggesting that the effect of sunlight was likely to be working via production of vitamin D.

During the antenatal period, the foetus undergoes rapid development and growth, making it susceptible to environmental exposures, with the potential of long-term consequences. Maternal UVB exposure promotes the production of vitamin D, which is important for normal brain development of a foetus.

The researchers also found a slightly stronger relationship with low UVB exposure in the first trimester, suggesting that early pregnancy may be the most vulnerable to the effects of insufficient UVB.

As a result of low levels of UVB radiation from sunlight, vitamin D deficiency is common over winter months in high latitude countries such as Scotland. With Scottish residents twice as likely to be vitamin D deficient than people living in other parts of the UK.

Professor Jill Pell, Director of the University of Glasgow’s Institute of Health and Wellbeing and lead author of the study, said: “Learning disabilities can have profound life-long effects on both the affected child and their family. The importance of our study is that it suggests a possible way to prevent learning disabilities in some children. Clinical trials are now needed to confirm whether taking vitamin D supplements during pregnancy could reduce the risk of learning disabilities.”

Dr. Claire Hastie, who did the analysis, said “Our study linked routinely collected health and education data with environmental data enabling us to study a very large number of children in a way that would not be possible using traditional methods.”