Dr. Kia Darling-Hammond — an author, mentor, and the founder and CEO of Wise Chipmunk, an education and research firm — speaks about the healing effect of Ball culture in LGBTQIA+ communities in this op-ed feature for Medical News Today. 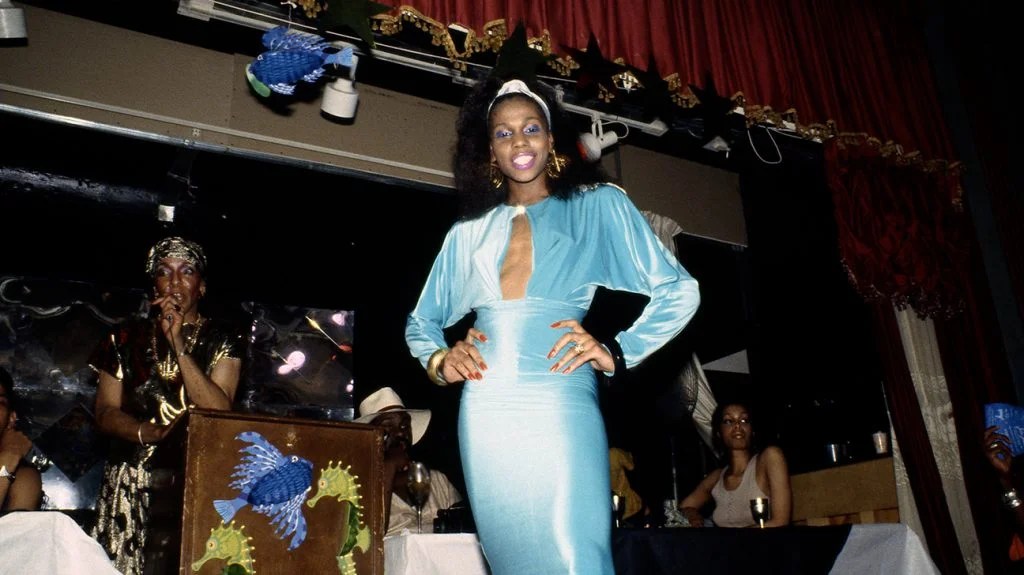 In recent years, researchers have made stress and its effects on the body. While humans have several adaptive stress responses baked into their physiology, a phenomenon known as allostasis — overexposure to stress — creates what is known as allostatic load.

Toxic stress, or allostatic load, can be described as the cumulative wear and tear of stress on the body and its health-damaging outcomes. When people perceive stress or a threat, by releasing a cocktail of hormones, such as cortisol and adrenaline.

This physiological response supports a person’s ability to fight or flee. Once the threat has passed, the body’s biochemical stew should return to the state it was in before the incident occurred.

By contrast, when the body has become overloaded by stress, often due to prolonged and sustained exposure, it has difficulty returning to homeostasis, which has the potential to wreak havoc on every bodily system.

The more adverse experiences a child experiences, the higher the chance of developing a chronic condition later in life.

Minority Stress Theory posits that the stress experienced by marginalized people, in particular, has three characteristics. It is:

Back in 2010, Dr. Arline Geronimus and colleagues advanced the “,” finding that the health of Black people in the United States deteriorates early due to cumulative social, economic, and political stressors, as well as the high-effort coping undertaken as a result.

They found the earliest and highest rates of allostatic load among Black women. It would appear that the more compounded the inequities, the higher the risk.

In their chapter Impact of Stress and Strain on Current LGBT Health Disparities in the book Trauma, Resilience, and Health Promotion in LGBT Patients, Dr. Robert-Paul Juster and colleagues write that the “most consistent causes of allostatic load are increased age, low socioeconomic status, non-white race/ethnicity, workplace stress, and involvement in emotionally taxing activities, such as caregiving.”

What about LGBTQIA+ communities?

However, in a 2013 study in Canada, Dr. Juster and collaborators found that gay and bisexual men had lower allostatic load levels than heterosexual men.

There appeared to be protective power in being more fully “out” to friends and family and in having had a less avoidant approach to early sexual identity formation.

When Dr. Juster replicated the study in the United States in 2019, allostatic loads remained low among gay men compared to heterosexual men, but bisexual men had the highest allostatic loads.

Lesbian and bisexual women’s allostatic loads were not mediated by sexual orientation in either case. A recent by Tubanji Walubita and her colleagues that focused on Black sexual minority women found the same.

Unfortunately, there is very little additional research related to allostatic loads in LGBTQIA+ — or same-gender-loving (SGL) — communities. There appear to be no published studies focused on transgender participants at all.

We need researchers to expand scholarship in those and other health domains. Still, we know that toxic stress is a serious national concern.

Scholars in psychology, medicine, and neuroscience have offered general guidance to reduce allostatic load. Prof. Bruce McEwen, a “father” of the allostatic load model, recommended that allow people to experience their communities, occupations, education, and housing in equitable and non-debilitating ways. Dr. Geronimus echoes this guidance and is not alone in doing so.

Other research recommends other individual-level interventions, such as improving the amount of quality of sleep, which is particularly important, avoiding psychological stress, becoming optimistic, improving self-esteem, eating a nutrient-dense diet, finding social support, and engaging in regular physical activity.

In fact, a recent study found that high levels of emotional support from parents, peers, or mentors among rural Black youth from low socioeconomic areas.

That access to a supportive community has the power to alleviate stress build-up is important, as it is a central dimension of one unique source of support for young LGBTQ+ and SGL people: Ball culture and its baby cousin, the Kiki scene.

These spaces celebrate queer, trans, and nonbinary visibility. Black and Latine/x communities are at the center. There is a kind of holistic belonging rarely seen anywhere else.

Going to the ball, going home

The roots of Ball culture stretch at least as far back as the late 1860s, when The Hamilton Lodge No. 710 of Harlem began hosting the Annual Odd Fellows Ball, featuring men and women in drag.

Nearly a century later, Marcel Christian organized the first Black drag ball. He also launched the House of LaBeija, where many displaced and unhoused Black and Latine/x queer youth found family and home.

This model took off, and more houses came to be. It is important to remember that Black and Latine/x LGBTQIA+/SGL youth are overrepresented among the nation’s unhoused young.

A recent report from the Williams Institute found that the top reasons for LGBTQIA+ and SGL youth homelessness were either being forced out by guardians or running away due to rejection of their sexual orientation, gender identity, or gender expression (SOGIE), This occurred at rates of 55% among LGBQ youth and 67% among transgender youth.

“Houses are the central kinship structure in the [ballroom] community. And houses function as families. Most of the time, they’re social configurations, meaning it’s called a house, but it’s not necessarily a brick-and-mortar place. But, sometimes it is. The kinship system is the unit of safety, of affirmation, of nurturing.”

Born of lived experience and presented without judgment, this knowledge offers developmental guidance that families of origin typically can’t provide.

Houses host and attend Balls, where house-members compete “individually or on behalf of his/her house in performance categories based on gender and sexual identities, body presentation, and fashion, and voguing,” writes Dr. Bailey.

These events are flamboyant, irreverent, raucous, and sexually expressive. They are pulled together through collective community effort, and they serve as sites for education about self-health and self-knowledge.

“In the Ballroom community, performance is the means through which members create a counterdiscourse, provide social support for members, and produce prevention balls in order to reduce Black queer people’s vulnerability to HIV and AIDS through competitive performance. Thus, Ballroom cultural practices are a form of intravention, deploying protective and prevention efforts that emerge from within the culture itself […].”

The healing effects of Ballroom culture

Prof. bell hooks who is an American author, feminist, and social activist, wrote that:

“Homeplace [is] the one site where [we can] freely confront the issue of humanization, […] resist, [and] restore to ourselves the dignity denied us […] in the public world. […] Homeplace [is] about the construction of a safe place where [we can] affirm one another and by doing so heal many of the wounds inflicted by racist domination. We [cannot] learn to love or respect ourselves in the culture of white supremacy, on the outside; it [is] there on the inside, in that ‘homeplace,’ […] that we [have] the opportunity to grow and develop, to nurture our spirits.”

In the House and Ballroom culture, we can observe healing wisdom related to respite, collective pleasure, intersubjectivity — call and response, ubuntu — as well as homeplace and kinship, refusal, and dance.

Houses and Balls offer relief. Participants can simply be who they are without the threat of rejection or violence.

suggests that when people belong to a community that celebrates their stigmatized identities — where they can find in their community’s history, legacies, stories, and triumphs, they experience a kind of protection from psychological threat.

Rather than internalizing fault for oppression, they attribute it to biases imposed by the external society. This positive identity is associated with aspects of psychological well-being, including self-acceptance and positive relationships.

Scholars have explored the healing power of dance, with overlap between performance and therapeutic communities.

Dr. Judith Hanna that the release of endorphins during dance can produce analgesia and euphoria, diverting a person’s attention away from stress, pain, and unhappiness. It can also create a sense of control over one’s body and life, mitigating feelings of powerlessness.

For decades, the Ballroom scene was clandestine, and with good reason. Its membership was — and is — over-policed, harassed, and disproportionately vulnerable.

Spaces of joy among those society labels “other” are at high risk for destruction and theft from the outside. At the same time, they hold tremendous promise for society at large.

Despite the oppression our society imposes, Ballroom parents, aunties, siblings, and others have imagined, cultivated, and sustained ecstatic spaces of mutual aid, education, nurturing, and well-being.

Certainly, these offer models for designing healing-centered communities. Consider what this pandemic has taught us.

Scholar Michael Roberson pushes us, though, to widen our lens beyond public health or the desire to treat disease to human rights and the community’s “political, theological claiming of the divine right to exist.”

Dr. Bailey says that “Ballroom culture is a minoritarian social sphere where performance, queer genders and sexualities, and kinship coalesce to create an alternative world.”

That is the world we need — one where we are humans first, where fundamental needs are met, where we are honest about desire, where we understand that our fates and futures are intertwined, where family and identity and creativity are unbounded, where there is music and movement and joy, where we can be free.

What a world it could be if we placed that kind of knowing at the center of our lives.