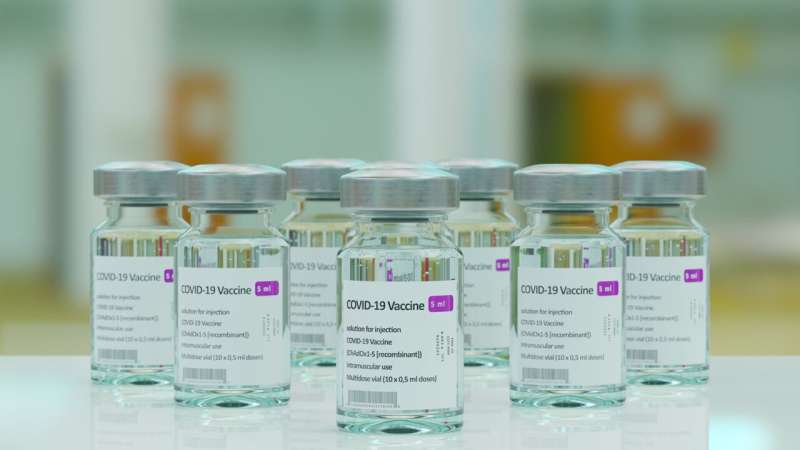 The rare blood clot side-effect associated with some COVID-19 vaccines could be the result of genetics, new research has found, paving the way for a potential genetic screening test.

Vaccine-induced thrombotic thrombocytopenia (VITT), a rare disorder causing thrombosis (blood clotting) and thrombocytopenia (low blood platelet counts), was early in 2021 linked to the AstraZeneca COVID-19 vaccine, leading the Australian government to restrict its rollout to those aged over 65. It is also associated with the Johnson & Johnson vaccine Janssen, although the vaccine is not currently included in Australia’s vaccination program.

Now, a new study by Professor Tom Gordon, Dr. Jing Jing Wang and colleagues from Flinders University and SA Pathology, may help to explain what’s causing the rare side effect. The study has been published on the pre-print server medRxiv and has yet to be peer reviewed.

The researchers looked at five unrelated people who had all experienced the clotting complication, finding all of the patients had unusually structured antibodies against a protein called platelet factor 4 (PF4), which is involved in blood clotting.

Additionally, all five had a specific version of a gene responsible for producing these antibodies.

“We knew previously that PF4 was directly involved in the clotting disorder, and we knew that aberrant antibodies against PF4 are responsible, but what we don’t know is how and why some people develop them,” says lead author Dr. Wang, from Flinders University’s College of Medicine and Public Health and SA Pathology.

The researchers then found that all of the patients carried a specific variant of one gene, called IGLV3-21*02, most commonly occurring in people of European descent.

“The other specific amino acid sequences of these antibodies from each patient were derived from separate basic sequences but had all evolved to carry very similar properties, making them very potent attackers of the PF4 protein,” says research team leader Professor Gordon, from Flinders’ College of Medicine and Public Health and SA Pathology.

“Together, this suggests that it is the combination of a variant in a gene and the evolution of this antibody towards targeting the PF4 protein in a destructive manner, which is leading to this harmful side-effect.”

While the reason why only a tiny proportion of human vaccine recipients have this antibody requires further research, the authors say identifying the gene could make it possible to produce a genetic screening tool to identify patients who are at risk of this severe complication.