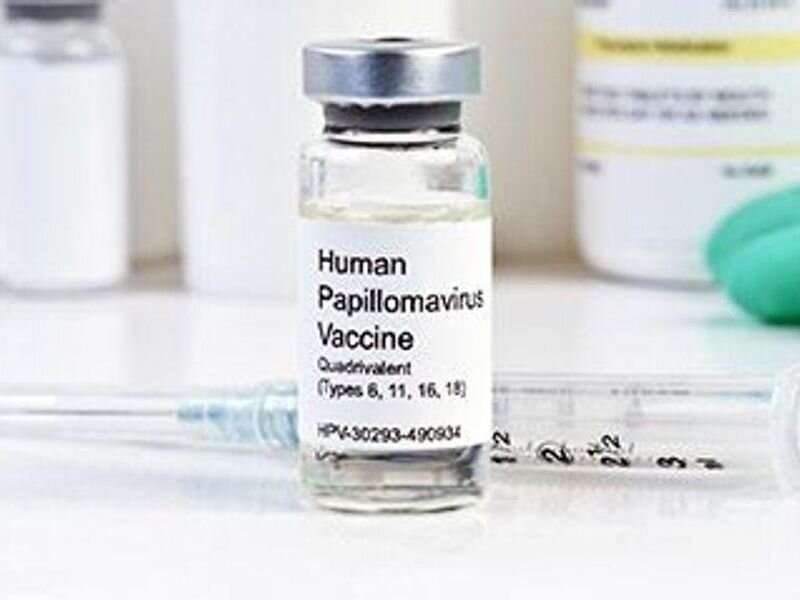 Back in 2006, doctors began recommending the first vaccine for the common sexually transmitted human papillomavirus (HPV), with the shots carrying the potential to lower the risk of certain cancers.

Now, a new study shows the vaccine has been wildly effective, nearly eliminating the prevalence of the two most dangerous strains of the virus among young women by 2016.

Importantly, it didn’t just benefit the young women who received the HPV vaccine: It also provided herd immunity, with prevalence rates lower even among those who weren’t vaccinated as the virus was stymied from circulating as widely.

“Before vaccine introduction, the predicted probability of prevalence was quite high, 15%,” said study author Ashish Deshmukh, associate director of the Center for Health Services Research at University of Texas Health School of Public Health in Houston. “And after the introduction of the HPV vaccine, the prevalence decreased substantially, both in vaccinated and unvaccinated women. It conveys the impact of HPV vaccination.”

Dr. Linda Eckert, a professor of obstetrics and gynecology at the University of Washington in Seattle who was not involved in the study, said it was great news that HPV rates were down even in unvaccinated women.

“Also encouraging was the impact in vaccinated individuals, showing amazing protection against the two most common types of HPV that cause cervical cancer,” Eckert said.

However, it could be even better, the researchers added.

Despite suboptimal coverage, the findings are very promising, he noted.

“On a broader level, we are starting to see impact and it provides a positive perspective on that. If we are able to improve coverage to an even higher level, we might even see greater elimination of HPV infection,” he added.

Reducing HPV infections is a big step toward reducing precancerous lesions and has the potential to reduce cancer incidence nationally, Deshmukh said.

The study focused on women aged 18 to 26, finding that prevalence of the virus from 2005 to 2006 was 15.2%. Ten years later, that percentage had declined to 3.3% overall for that age range, including 5.1% for those who were not vaccinated, 1% for vaccinated groups and 0% in vaccinated women at the younger end of the study range.

The estimated probability of HPV infection with strains 16 and 18, the ones considered most likely to trigger cancer, was 78% lower overall from 2015 to 2016 than from 2005 to 2006—60% lower for unvaccinated and 92% lower for vaccinated, the investigators found.

Among states with the lowest vaccination rates are those in the Midwest and Southeast, and HPV-associated cancer incidence remains high in those states, Deshmukh said.

The reasons for not getting the vaccine are driven largely by unsubstantiated safety concerns from parents, he noted.

“There needs to be a greater awareness to inform and convey that actually vaccination is safe and efficacious,” Deshmukh said.

Stigma that getting the vaccine is somehow a license for sexual activity isn’t true and has hampered vaccination rates, Eckert noted.

With higher vaccination coverage, the United States could be like Australia, which rolled out the vaccine in 2007 and got much higher coverage.

Meanwhile, cervical cancer rates are increasing globally because distribution of vaccines is not equitable worldwide. The World Health Organization estimates that about 90% of the new cases and deaths worldwide in 2020 were in low- and middle-income countries.

HPV is an umbrella term for about 200 related viruses, according to the U.S. National Cancer Institute. Some of them are spread through sexual contact. Some strains of the virus can cause cancer in the cervix, throat, mouth, vagina, vulva, anus and penis.

The U.S. Centers for Disease Control and Prevention recommends vaccination starting at age 11 or 12, though it is allowed in children as young as 9. It’s only available through age 26, with some exceptions for people aged 27 to 45 after consultation with a doctor. The vaccine Gardasil-9 is distributed in the United States and it covers nine strains of HPV, including 16 and 18.

She cautioned, however, that even vaccinated people should continue to be screened because other types of HPV not targeted by the vaccine can also cause cancer or precancerous cells.

“I don’t want to give the message that we’re home free,” Eckert said. “It’s still really important to get screened.”