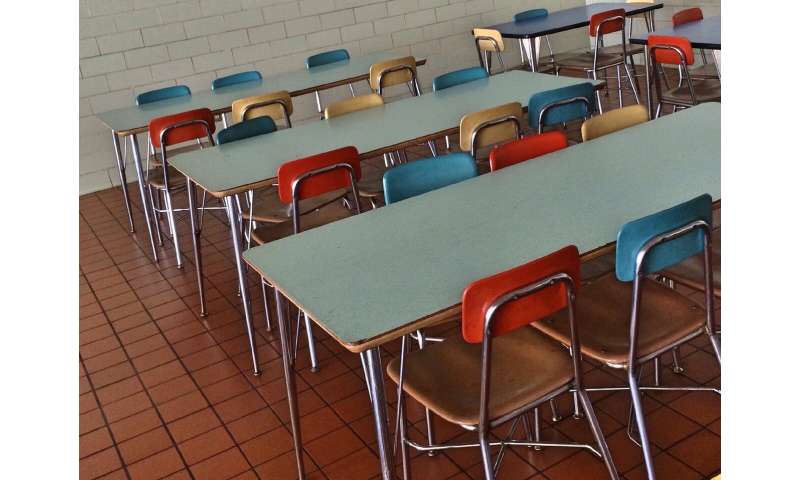 Vegan school lunches contain triple the amount of heart-healthy fiber found in standard entrées, according to a new case study published in The Journal of Child Nutrition & Management. Fiber is an important nutrient that not only aids heart health, but also boosts digestion, weight loss, and cancer prevention.

The data comes from a pilot study introducing plant-based options at a K-8 school in Washington, D.C. Dietitians and researchers with the Physicians Committee for Responsible Medicine partnered with community-based foodservice provider DC Central Kitchen—a nonprofit and social enterprise that fights poverty and hunger through a variety of programs, including providing high-quality food to 16 schools across Washington—to pilot six vegan entrées at a public school with nearly 500 students, ages 5-14.

Studies show that 9 in 10 U.S. children are falling short on daily fiber intake, due to inadequate consumption of fruits, vegetables, whole grains, and legumes. The American Heart Association recommends that children ages 9-13 consume 26 to 31 grams of fiber per day.

“Many U.S. kids are falling woefully short on fruits, vegetables, and fiber—setting them up for heart disease, diabetes, and other serious health problems,” says Susan Levin, MS, RD, director of nutrition education for the Physicians Committee. “Our pilot program showed that serving plant-based options on the lunch line can help kids get more of the important nutrients they need to stay healthy.”

The plant-based meals were also well regarded by students. The researchers tracked plate waste and found that waste from the vegan entrées did not exceed the national school food waste average. Several of the pilot’s menu options remain part of the school’s menu today.

The authors of the case study highlighted methods that helped increase students’ acceptability of healthy, plant-based entrées. The meals were marketed through food demonstrations and taste tests, morning announcements, recipe postcards, posters, and fruit and vegetable pencils, erasers, and stickers. The dishes were all given engaging names—like Veg Out Chili and Powered Up Pasta.

“The pilot program showed that plant-based meals are not only healthy, but they’re also popular with students,” adds Ms. Levin. “Gone are the days of mystery meat and pink slime—D.C. students are now choosing to fill their lunch trays with meals like sesame tofu with brown rice and locally grown broccoli and watermelon. We hope our pilot program gives schools around the country encouragement to add health-promoting plant-based meals to their own menus.”