Why exercising outside may be bad for you: Poor air quality from pollution could have bigger effect when you breathe more deeply

Jogging across your neighbourhood, cycling to work, a vigorous walk around the block — these are the preferred modes of exercise for millions. But would we be better off working out indoors instead?

That was the suggestion made by a recent study from South Korea. It looked at the effects of particulate matter (PM), a major pollutant made up of different-sized particles produced by sources such as diesel vehicles and wood-burning stoves.

When scientists exposed human hair follicle cells to particulate matter in a lab, they found it reduced levels of proteins responsible for hair growth. 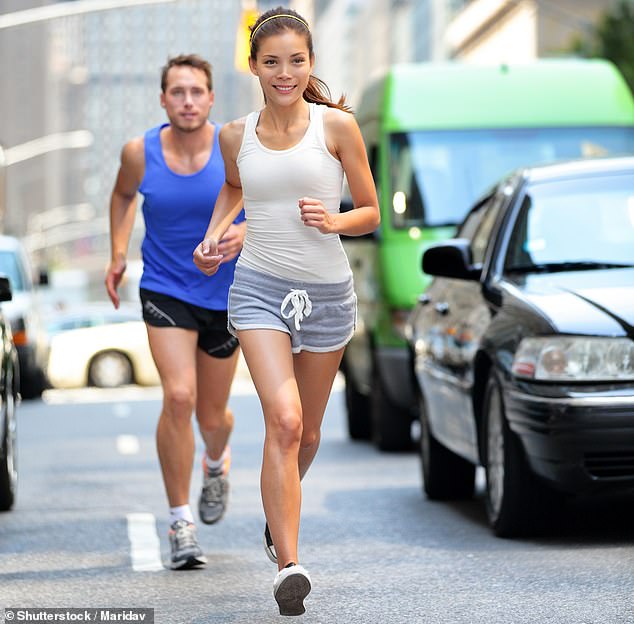 Presenting their findings at the European Academy of Dermatology and Venereology Congress in Madrid, the researchers suggested limiting time spent exercising on busy streets might be one way to reduce hair loss.

Pollution also increases the risk of lung cancer and can stunt the development of children’s lungs, adds Harriet Edwards, senior policy manager for air quality at the British Lung Foundation.

It is linked with up to 36,000 deaths a year in the UK, according to 2018 research from King’s College London.

Exercise can offset some of the harmful effects of pollution, by reducing the inflammation it causes and boosting the immune system, says Dr Audrey de Nazelle, a lecturer in air pollution management at Imperial College London.

But, when you exercise, your breathing rate increases, meaning you take in more polluted air deeper into the lungs.

You might also breathe in more through your mouth, not your nose — which otherwise helps to filter out pollutants with larger particles — and so may take in higher levels than usual. 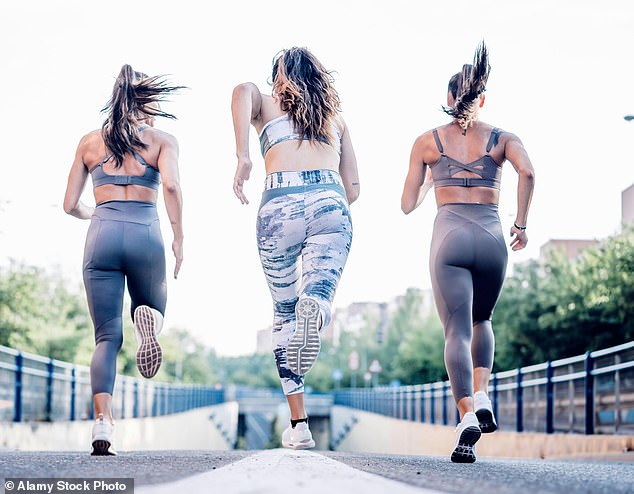 So would we be better off taking to a static bike in the living room, or the treadmill in the gym? For people with a lung condition, such as chronic obstructive pulmonary disease (COPD), the answer, when pollution levels rise, is yes.

‘Breathing in dirty air can cause symptoms such as irritated airways, feeling out of breath and coughing,’ says Harriet Edwards. ‘And in the worst-case scenario, someone with a lung condition could suffer an exacerbation of symptoms that results in hospital treatment.

‘They should monitor pollution alerts and, if levels start to rise, follow advice to reduce or avoid strenuous exercise outdoors, if told to do so by their doctor.’

The same goes for people with heart conditions.

The British Heart Foundation recommends those with conditions such as angina and heart failure ‘reduce’ their exercise outside (but remain active inside) — and not just when pollution levels are high (often given in weather forecasts and checkable on websites such as uk-air.defra.gov.uk), but when they are ‘moderate’, too.

All of us should limit time exercising outside when pollution levels peak, says Professor Colbeck. ‘Levels of pollution soar during rush hour, so, if you avoid exercising then, your overall exposure will be considerably lower,’ he says.

‘If you exercise at rush hour along a busy road, then consider exercising indoors instead. This is especially true for children, the elderly and those with a heart or respiratory condition.’

Face masks make little difference because the majority don’t capture the tiny PM 2.5 pollution particles — the smallest particulates that can lodge deep in the lungs. ‘Masks can also make breathing harder, especially if you have a lung condition,’ adds Harriet Edwards.

Taking a different route can make a difference. ‘Numerous studies have shown that pollution levels on quieter streets can be up to 60 per cent lower than on main roads,’ says Professor Colbeck.

However, multiple studies show that, for most people, the benefits of exercising outside in a city outweigh the risks.

‘For healthy people, levels of PM 2.5, even in London, are low enough that running and cycling outside are beneficial,’ says Professor Colbeck.

‘In a typical UK city, physical exercise is beneficial for up to seven hours a day for cycling, or 16 hours’ walking, compared with the amount of pollution you’d get in that time — the pluses outweigh the negatives.’

But spare a thought for the residents of Delhi, where the PM 2.5 level is 153 micrograms (mcg) per cubic metre (the City of London has an annual mean of 16 mcg per cubic metre). A study in 2016 found outdoor cycling in Delhi became a health risk after just 45 minutes.

What to do in an emergency at Christmas time. This week: Falling off a chair or ladder 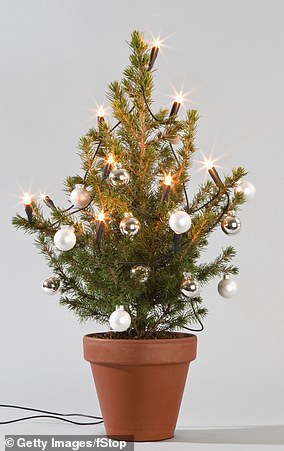 Tumbling from a chair or missing your step on a ladder while putting up Christmas lights is a common way to sprain, strain or even break a bone. A third of all festive injuries involve falls, according to 2015 data.

Emma Hammett, founder of first aid training provider First Aid For Life, says: ‘Unless the limb is at an odd angle, there is a change of colour, or the bone is sticking out [all of which indicate a break], you could treat it at home.’

Wrap a bag of frozen peas in a towel and put this on the area, elevate the limb and rest for 24 hours. Take paracetamol if needed.

Over-65s with suspected fractures must visit A&E, as their bones are highly vascular and can bleed internally.

Tags:bad, be, exercising, for, may, outside, Why, you
Related Posts