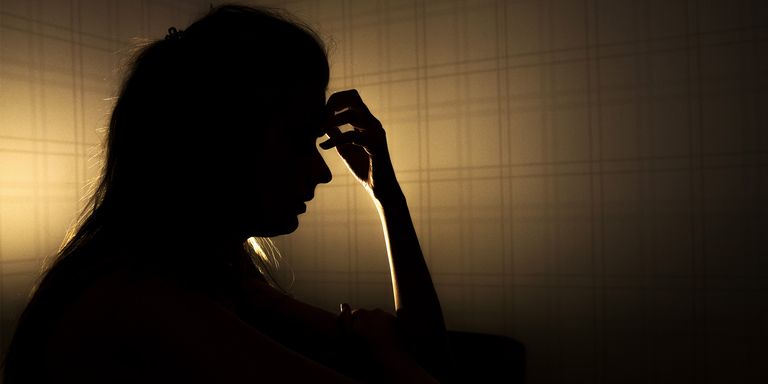 Strokes are like creaky joints, driving slow in the fast lane, and your dentures falling out, like, all the time—stuff only old people have to worry about…right?

Definitely not—just because you have all your own teeth and know how to use Facebook properly doesn’t mean you’re safe from one of the most common heart and blood vessel conditions.

In fact, strokes in younger women are becoming increasingly common: Strokes are the third leading killer of women in the U.S. (they kill twice as many women as breast cancer does) and 34 percent of strokes occur in women under 65 years old, according to the Centers for Disease Control.

Women are especially vulnerable to strokes, thanks to—what else?—hormones. “Higher hormone levels, particularly estrogen, compromise the integrity of blood vessels,” says Nicole Weinberg, M.D., a cardiologist based in California at Providence Saint John’s Health Center. “They affect how the vessels stretch and contract, which can make them more vulnerable to arterial dissection [tears] and blood clots.”

This risk is magnified for women on birth control pills, smokers, those using illegal drugs, or women who are pregnant, she says. Any of these combined further increases your risk—hence the warning against smoking on every pack of birth control pills.

Strokes can be caused by a combination of genetics, lifestyle choices, and plain old bad luck, Weinberg says. And they range in severity, all the way from catastrophic—”Before anyone even realizes anything is wrong, the woman just collapses”—to relatively mild.

But all strokes require treatment ASAP. “In the stroke field, they say ‘time is brain,'” says Andrew Stemer, M.D., director of the stroke program at MedStar Georgetown University Hospital. Getting to the hospital within three hours of the stroke happening is ideal; and the sooner, the better your chance of recovery.

Herein lies the issue—many women simply don’t know the signs and symptoms, and therefore don’t seek help in time, according to the American Stroke Association. Even more confusing: Stroke symptoms in women who are younger may look different than symptoms of strokes in older women or men. Here’s what you should look out for.

Stroke symptoms common among all genders and ages:

You look in the mirror and notice your face looks really off.

Your face may feel numb or unresponsive, especially on just one side—like if you smile and only half of your mouth turns up. This is often the first symptom of a stroke people notice, according to the CDC. Never, ever ignore this sign, especially if it occurs with other symptoms on this list, and seek emergency care immediately, Weinberg says.

You feel clumsy and weak.

Arm weakness comes next and is characterized by a feeling of clumsiness, weakness, or a loss of coordination in your arm or leg. This often occurs just on one side of your body as well, but can also manifest as a general feeling of extreme weakness throughout your body. Again, this isn’t a symptom you should ignore (it can also signal a heart attack) and you need seek help immediately, Weinberg says.

You’re having a lot of trouble speaking.

This may be the most visible sign to others that you may be having a stroke. Slurring your words, talking gibberish, or being unable to talk at all, are all symptoms of a possible stroke and should be taken very seriously, particularly if they occur with face drooping and weakness on one side of your body.

There are certain stroke symptoms that are more unique to women. According to the National Stroke Association, those include:

You pass out cold

Fainting can be caused by lots of random things—a sudden scare, low blood pressure, and pregnancy, just to name a few. But a stroke is caused when something blocks blood flow to your brain, and any time you lose blood flow you can lose consciousness, Weinburg says. Fainting for any reason always warrants a call to your doctor.

If you experience sudden, drastic, unexplained changes in your personality or mental state (and you’re not doing something obvious to cause them, like drinking or drugs), that could be a sign something is up.

Be aware that drinking or doing drugs can increase your risk of stroke too, so even if you are doing those things and notice a very unusual change, it’s still good to get checked out.

You’re dizzy and nauseous and nowhere near a rollercoaster

Vertigo, characterized by nausea and dizziness, is a lesser known symptom of a stroke but one that is more common in women, per the NSA. This is also a symptom that is easily written off as something else, like food poisoning or the flu. While it may not be a stroke, it’s worth calling your doctor, especially if you’re experiencing any of the other symptoms on this list.

You have a seizure

Strokes are so deadly because they can quickly cause brain damage—and seizures are one sign of potential brain damage. If you experience a sudden-onset seizure, go to the doctor immediately, even just to rule out a stroke, Weinburg says.

You have the worst headache of your life

Chronic migraines increase your risk of having or dying from a stroke by 50 percent, according to a major new study published in The BMJ—and women make up most of the migraine sufferers in the U.S., according to the NSA.

If you ever experience a sudden, excruciating headache, you need to see a doctor ASAP. It could be a stroke, or another serious condition like an aneurysm or bleeding in the bran, per the NIH.

Hiccups are cute and funny… for about 30 seconds. Then they’re just annoying. But if you have persistent, incurable hiccups it could be a sign of a stroke, according to research published in the Journal of Neurology and Neurophysiology. Yeah, we know how weird that sounds. Call your doctor.