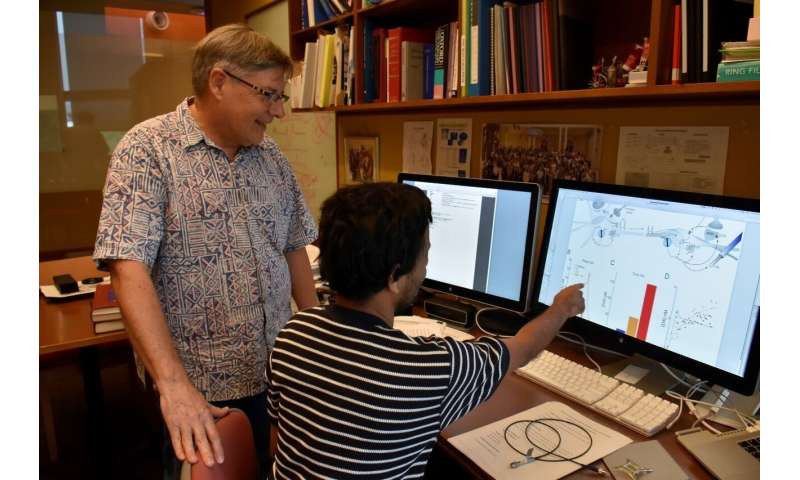 Attention-deficit hyperactivity disorder (ADHD) is a widespread condition with complex underlying causes. A stimulant drug called methylphenidate is a common ADHD treatment that impacts the brain’s levels of dopamine, a neurotransmitter involved in systems of reward; however, methylphenidate has a potential for abuse, and its therapeutic effects are poorly understood.

To explore methylphenidate’s varied interactions with dopamine systems in the brain, researchers at the Okinawa Institute of Science and Technology Graduate University (OIST) in collaboration with scientists at the University of Otago and the University of Auckland in New Zealand, investigated the actions of the drug in rats. Using dopamine cell recordings, electrochemical monitoring and computer modeling, they discovered a type of feedback loop that modulates dopamine levels in the rats’ brains in response to the drug. This regulatory process may shed light on methylphenidate’s therapeutic properties in ADHD. The researchers’ findings are published in Progress in Neurobiology.

“We know quite a bit about how methylphenidate works at the molecular level, but not how it affects greater neural systems. It’s still a mystery how this drug improves symptoms of ADHD,” said Professor Jeff Wickens of OIST’s Neurobiology Research Unit. “This mystery leads us to explore how different parts of the brain interact to produce therapeutic effects.”

Unlocking the secrets of dopamine

To carry out their research, the international team administered methylphenidate at a concentration of 5.0 mg/kg to a group of adult male rats, while a control group received no drugs. After surgically implanting electrodes in the rats’ brains, the researchers used an electrochemical technique called voltammetry to monitor real-time changes in cellular dopamine concentration in brain regions involved in ADHD. The researchers also took measurements in live brain slices of rats’ midbrains and forebrains.

To help understand the data, the scientists at OIST, including technician Kavinda Liyanagama, designed a computer program to model the effects of methylphenidate on dopamine systems.

Neurons release dopamine in different ways: Phasic release is characterized by quick, high intensity spikes in the neurotransmitter, often in response to motivational stimuli like drugs or sugary treats. Tonic release, on the other hand, refers to slower, more regular firings of dopamine neurons, and is involved in muscle and joint movements.

“When you use methylphenidate in the intact brain, there’s a neural regulation mechanism to compensate for the direct effects of the drug,” said Wickens. “Methylphenidate’s therapeutic effects could be indirect consequences of this feedback loop.”

Wickens acknowledges that he the study was conducted in healthy rats. The group’s next step is to look at this feedback loop in animal models of ADHD.