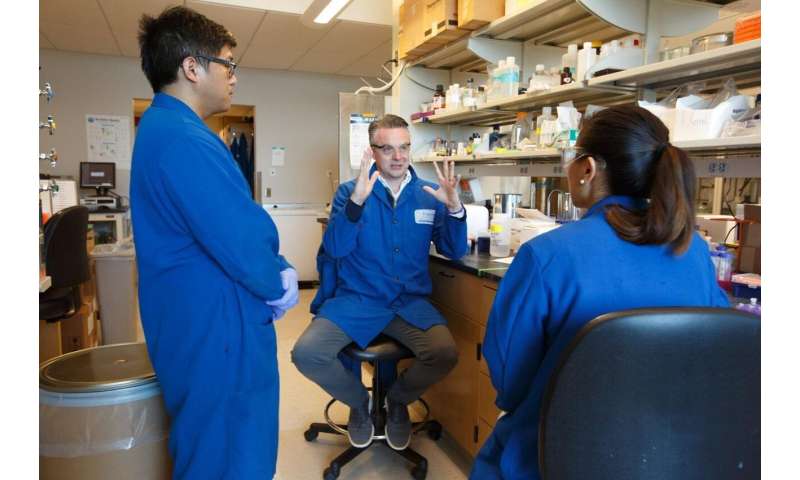 An innovative compound developed in the lab of Scripps Research chemist Matthew D. Disney, Ph.D., offers a new potential route to intervene. Published the week of Jan. 20 in the Proceedings of the National Academy of Sciences, the Disney team’s paper describes a compound that, in mice, awakened cancer cells’ self-destruct system, killing the cancer cells and stopping their spread, while leaving healthy cells untouched.

While most drugs work by binding to proteins, Disney’s compound first latches onto an uncommon target, a molecule called a microRNA precursor, involved in silencing gene transcription. Next it recruits and activates the cell’s own disposal system to destroy it. MicroRNA-21 has been called an oncogenic RNA because of its role in metastasis. An abundance of it predicts lower survival in people with triple-negative breast cancer.

Triple-negative breast cancer lacks the traits that would make it sensitive to precision anti-cancer drugs currently available. Between 10 and 15 percent of people with breast cancer receive this diagnosis, as their tumors test negative for estrogen and progesterone sensitivity, as well as HER2 protein production, leaving traditional chemotherapy as the first-line treatment.

“Breast cancer affects one in eight women in their lifetime. Unfortunately, there are no precision medicines for triple-negative breast cancer patients. And often times, these cancers become metastatic—they spread. This metastasis can result in death,” Disney says. “We asked ourselves if we could develop a compound that can target genes that cause cancer metastasis and direct triple-negative breast cancer cells to self-destruct.”

Disney says a tool he developed in 2014 to identify druggable RNA structures and compounds that would bind to them, called Inforna, revealed the needle in the proverbial haystack, a compound that bound selectively to microRNA-21.

Disney’s team combined the optimized compound with a second molecule that recruits and activates an RNA-cutting enzyme, one that is part of our immune system. In this way, the compound enabled destruction of the microRNA-21 target. 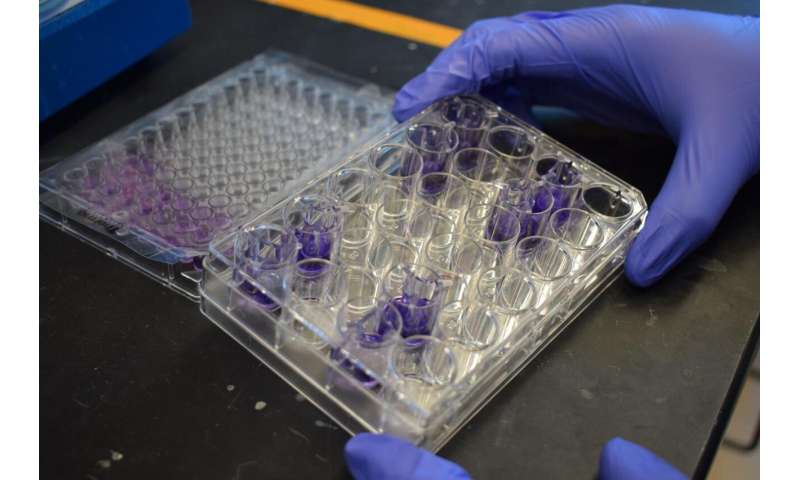 The Disney team spent considerable effort studying whether the compound Inforna identified was selective, that is, whether it targeted microRNA-21 without producing unintended off-target effects. They searched for significant changes in the breast cancer cells’ protein production and found a favorable result.

“Generally, proteins involved in genome stability were upregulated while oncogenes were downregulated, consistent with what would occur upon knockdown of microRNA-21,” Costales says. “Overall, this translated to a robust decrease in the spread of breast cancer to the lung in a mouse model.”

In addition to triple-negative breast cancer, the team found the compound broadly decreased invasiveness in melanoma and lung cancer cell lines that showed aberrant microRNA-21 activity. It had no apparent effect on healthy breast tissue.

Disney says these are early days for a treatment approach that defies convention. Traditional drugs work by binding to proteins because they are structurally more complex than RNA, which has only four bases. The chemistry strategies his team employs overcome that barrier, Disney says.