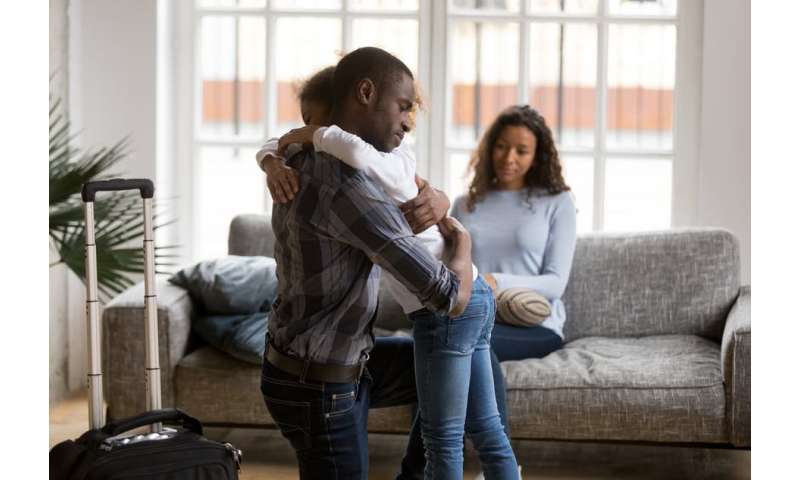 When parents separate or get divorced, it inevitably disrupts the lives of children, and can take a toll on their mental wellbeing. Over time, children learn to accommodate the changes—some more successfully than others. It’s estimated that one in three children under the age of 16 in the UK experience their parents’ separation.

Parents often worry about how best to support their children, so that they can adjust to the changed family situation as successfully as possible. For my latest research, I conducted a comprehensive survey of 34 young adults, aged 18 to 30, reflecting on their childhood experiences of separation and divorce. For some, their experience was as recent as one to three years ago—for others, it was much further behind them.

I found that most young people end up accommodating their parents’ separation well over time. Even so, my results indicate that certain factors can help or hinder children, as they adapt to this life-altering event.

An end to conflict

The most important thing, which helped children adjust, was when separation brought an end to conflict between their parents. This might not happen until initial arrangements about where children would live and when they would have contact with each parent were put in place. But when it did, my participants reported an immediate sense of relief, which helped them view the separation as a positive improvement in their lives.

Communication also made a big difference: being told what was going to happen in advance by their parents helped children make sense of their changing family situation. For young children, this often meant being told more than once. Children benefited from having the opportunity to talk about their parents’ separation, and receive support from other family members, such as aunts and grandmothers. Talking to siblings and friends—particularly trusted friends who had experienced their own parents’ separation—was also found to be helpful.

Children who were able to stay in contact with both parents, as well as their friends, accommodated separation and divorce better. It also helped if further changes were kept to a minimum: for example, if children continued to live in the same area and attend the same school after separation. Where this happened, children felt their views had been taken into account in post-separation arrangements—they felt they “mattered” to their parents. This ultimately brought about a more positive view of the separation.

Few of these children were told about the separation in advance, and loss of contact meant they did not see their needs taken into account. While they did not experience conflict between their parents directly, they were often aware of their resident parent’s dislike of the other parent and felt “silenced” from talking about them at home, which led to a sense of divided loyalties.

These children appeared very isolated, having access to few sources of support within the family, no support outside the family and feeling unable to talk to anyone about the changes. Over time, they created an emotional distance from the separation, meaning they treated it as a life event and moved on.

Children who continued to experience conflict between their parents after separation accommodated the changes less well. My participants described feeling “caught in the middle” of their parents’ conflict, particularly at handovers, and feeling responsible for younger siblings. This aligns with findings from many previous studies. They viewed their parents as being preoccupied with their own issues and concerns, and failing to take their children’s needs into account. They also felt unable to talk to anyone in the family about the separation, for fear of making the conflict worse.

Children found it particularly difficult when parents couldn’t agree on where they would live and contact arrangements, requiring them to talk to social workers as a result of family court proceedings. As children, my participants said they struggled to accept the post-separation changes, and as young adults their parents’ separation remained a very significant loss in their lives.

Tags:divorce, Get, helped, Here's, parents, people, say, their, Them, Through, what, young
Related Posts