Do you know someone afflicted with Alzheimer’s disease? Odds are the answer to that question is yes, since Alzheimer’s is one of the most common age-related disorders in the United States. It’s also the fifth-leading cause of death among adults aged 65 and older.

But as pervasive as the disease may be, one of its most recognizable symptoms—a pronounced decline in cognitive function—is not isolated to Alzheimer’s. Mild cognitive impairment and even dementia can be a normal part of aging and can carry serious implications for an older adult’s autonomy and quality of life. Both Alzheimer’s and age-related dementia are notoriously difficult to treat, due in part to scientists’ lack of understanding about these diseases.

The study, published this week in Nature, demonstrated that meningeal lymphatic vessels in the brain, newly discovered in 2014 by several members of the same team, play an essential role in maintaining a healthy homeostasis in aging brains and could be a new target for treatment.

“Our results showed that someday this method could be used as a potential treatment to help alleviate the effects not only of Alzheimer’s, but also other age-related cognitive ailments,” said Virginia Tech’s Jennifer Munson, a study co-author and an assistant professor in the Department of Biomedical Engineering and Mechanics within the College of Engineering

Researchers found that these vessels drain fluid from the central nervous system into the cervical lymph nodes and dysfunction of that drainage aggravates cognitive decline as well as Alzheimer’s disease pathology.

Moreover, when the researchers treated healthy aged mice with a molecule that increased meningeal lymphatic vessel size and fluid flow within those vessels, the mice showed improved performance on learning and memory tasks.

“As you age, the fluid movement in your brain slows, sometimes to a pace that’s half of what it was when you were younger,” said Munson. “We discovered that the proteins responsible for Alzheimer’s actually do get drained through these lymphatic vessels in the brain along with other cellular debris, so any decrease in flow is going to affect that protein build-up.” 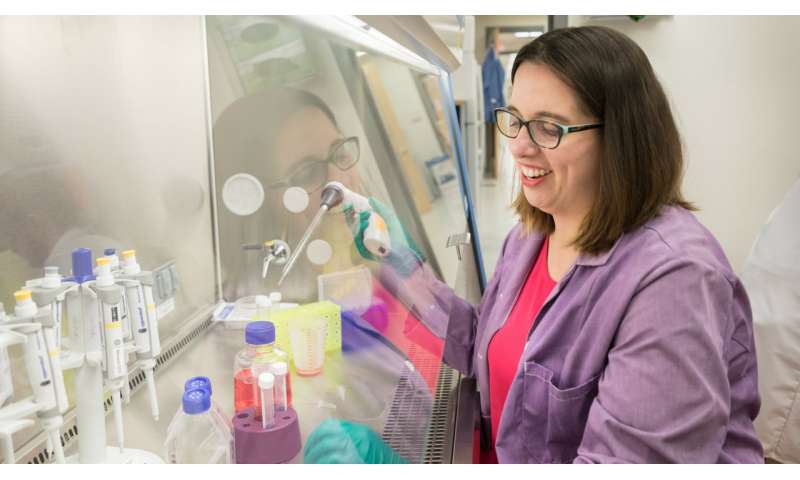 To see if that flow could be manipulated, Munson and study co-author Chase Cornelison engineered a hydrogel that contained a molecule known as vascular endothelial growth factor C or VEGF-C.

“Basically, this hydrogel diffuses VEGF-C through the skull and onto those lymphatic vessels in the brain, which causes them to swell.” said Munson. “Together with our collaborators at UVA, we used MRI technology to show that as a result of this treatment, the bulk flow of fluid in the brain actually increased, and that seemed to have a positive effect on cognitive abilities.”

Hydrogels, which are commonly used in research to deliver proteins or molecules to a specified site on the body, find frequent applications in tissue engineering, wound healing, and stem cell research.

“The hydrogel itself in this study isn’t novel, but the application is,” said Munson.

Munson noted that older mice with normal, age-impaired cognitive abilities experienced the biggest gains in memory and learning from the treatment. 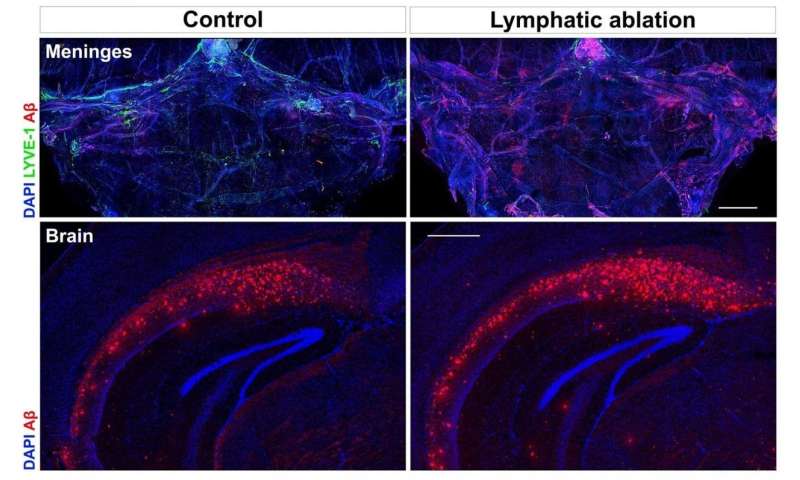 Cornelison, a postdoctoral research associate in biomedical engineering at Virginia Tech, said he and Munson hope to use similar hydrogels in future studies as a noninvasive method to alter flow in the brain.

“We want to characterize the cellular response to these changes in flow,” he said. “We know that increased flow in these vessels appears to increase cognitive function, but we don’t know why. Why is slower flow a problem? Is it because you have decreased nutrient transport or increased waste accumulation? Outside of Alzheimer’s disease, we’re not really sure what could be in that fluid that’s causing just normal, age-related cognitive decline.”

Munson, who studies flow in the fluid and matrix-filled space surrounding cells known as interstitial space, thinks the answers to those questions might lie upstream from the brain’s major drainage pathways.

“Right now everyone is really focused on bulk flow in the brain, or the overall movement of flow in the brain,” said Munson. “But to really understand the mechanisms of why flow is linked to cognitive outcomes, we need to look at what’s happening around the neurons and astrocytes—all the cells that are in the brain.”

Because Munson’s lab works with interstitial fluid flow, she says her team already has the systems in place to take that next step.