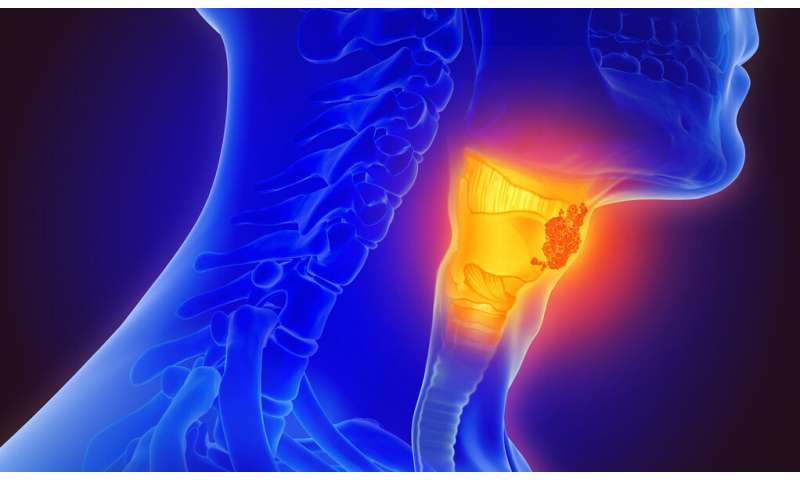 The checkpoint inhibitor pembrolizumab (Keytruda) increases the survival time of patients with advanced head and neck cancers, according to a new global study led by Yale Cancer Center (YCC). The data was published today in the journal The Lancet.

The findings of the phase 3 study show that, compared to the standard therapy, overall survival was significantly improved for participants with previously untreated recurrent or metastatic head and neck cancers.

“This research demonstrates that this checkpoint inhibitor, with or without chemotherapy, should be the first drug used for these types of cancers,” said the study’s lead investigator, Barbara Burtness, M.D., a professor of medicine (medical oncology) and co-leader of developmental therapeutics at YCC. “This is a very positive advance in treatment for our patients.”

Burtness added that early results from this clinical trial, KEYNOTE-048, led to FDA approval earlier this year of pembrolizumab as first-line therapy in untreated recurrent or metastatic head and neck squamous-cell carcinoma, which include cancers of the oral cavity, oropharynx, hypopharynx and larynx.

While the median survival benefit was calculated in months, some patients treated with pembrolizumab lived much longer and did significantly better than patients who were not treated with the checkpoint inhibitor, Burtness noted.

The study looked at 882 participants enrolled in 200 medical centers in 37 countries, who were randomly assigned to one of three different groups: those receiving pembrolizumab, those treated with pembrolizumab and chemotherapy, and those getting the standard therapy with cetuximab and chemotherapy. Cetuximab is a drug designed to shut down a protein which makes cancer cells more responsive to growth factors. The chemotherapy used was platinum and 5-fluorouracil.

Pembrolizumab used alone improved average survival to 14.9 months, compared to 10.7 months for standard therapy. Use of pembrolizumab combined with chemotherapy improved survival to an average of 13 months.

Furthermore, survival differences between patients treated with pembrolizumab and those who weren’t remained apparent years after treatment.

Investigators found that at three years, 33 percent of patients treated with pembrolizumab monotherapy were alive, as well as about 26 percent of participants in the pembrolizumab/chemotherapy groups, compared with only 8 percent of those in the standard treatment group.

“The difference with immunotherapy is the durability of the effect it has on survival,” Burtness said. “These agents seem to change the tumor microenvironment, altering the natural history of the cancer.”